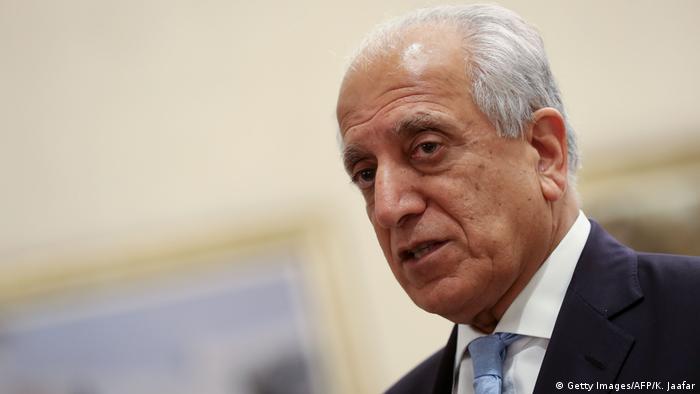 US special envoy Zalmay Khalilzad (top photo) has met with Taliban negotiators in the Pakistani capital, Islamabad, a Taliban official said on Saturday on condition of anonymity.

It is the first time such a meeting, said to have taken place on Friday, has occurred since US President Donald Trump described a seemingly imminent peace deal to end Afghanistan's 18-year conflict as "dead" a month ago.

The official said Taliban leaders might also meet Pakistani Prime Minister Imran Khan, who has been calling for a resumption of peace talks.

The Taliban delegation, led by Mullah Abdul Ghani Baradar, was in the Pakistani capital for separate meetings with government officials. Those talks were to cover political issues relating to the more than 1.5 million Afghan refugees still living in Pakistan.

Baradar was in prison in Pakistan from 2010 to 2018, when he was released to facilitate peace talks. 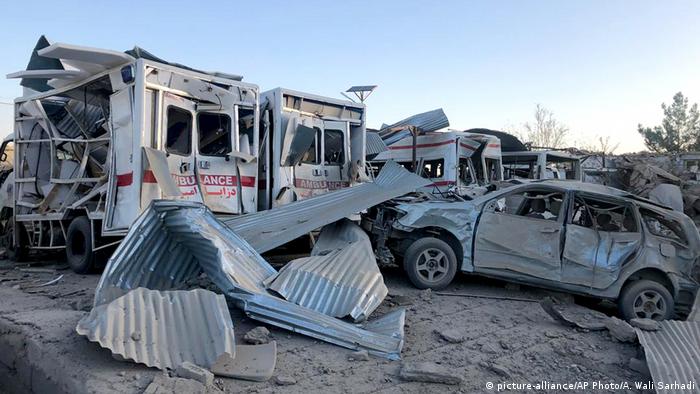 The Taliban continues to claim deadly attacks, such as this one on a hospital in mid-September

Trump, who has often expressed frustration that US troops are still in Afghanistan after leading a 2001 invasion in which the Taliban were ousted as rulers, asked Pakistan for help in December in bringing about peace negotiations. Both the US and Afghanistan accuse Islamabad of backing Taliban factions, something Pakistan denies.

Khalilzad held nine rounds of talks with the Taliban in Qatar, but they were ended by Trump in early September, amid a fresh round of violence and the death of a US soldier, shortly before a peace deal was due to be signed.

The Taliban have been waging a bloody insurgency against the Kabul government since being ousted. Some 17,000 international troops have remained in the country to help with advising and training local forces as part of the NATO-led Operation Resolute Support, including personnel from the US, Germany and the United Kingdom.

Afghanistan is currently awaiting the results of September 28 presidential polls pitting President Ashraf Ghani against his current partner in the unity government, Chief Executive Abdullah Abdullah. A final announcement of the winner is expected on November 7. If no one wins outright, a second round will be held within two weeks of that date.