It's only now, 30 years after the Berlin Wall came down, that we're beginning to grasp how brutal the post-communist transformation was for East Germany. My generation can help bridge the gap, says DW's Linda Vierecke. 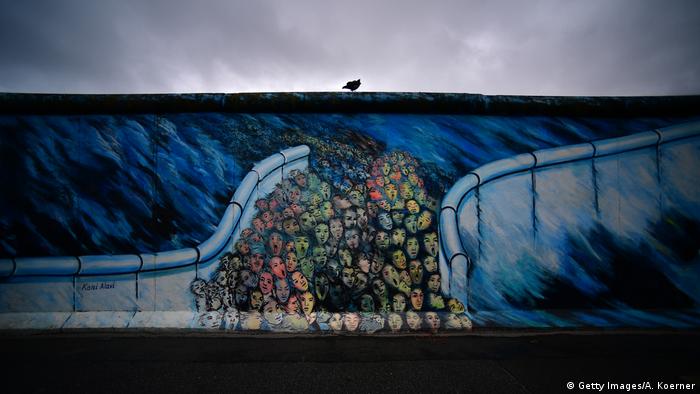 Imagine that from one day to the next, your entire life is turned upside down. Your job disappears, your degree is worthless, and the values that governed society are suddenly different. Your friends move away because there are no jobs where you live. Your entire social net unravels.

Lately, I've been asking myself how I would have coped with such a radical transformation. My father was 36 when the Berlin Wall fell in 1989. Today, I'm exactly his age. He worked as a physicist in a steel factory, but he never really managed to find a proper job again after Germany reunified.

I think we're only now really starting to understand how massive this transformation was for East Germans. Every family has its own stories. There are countless tales of men and women who lost their jobs and had to start over and retrain to get new degrees. Tales of families who packed up their things and moved to western Germany to find work. And also tales of those who stayed behind, turning to alcohol to fill the void.

Then there are the tales of children like me. We grew up in a political and economic system in which our parents had no connections and that they could not help us navigate.

One figure that always makes my draw drop is this one: After German reunification, the birth rate in former East Germany dropped by 50% — an even greater fall than in the wake of World War I or World War II!

And yet many politicians have acted as if it were just a matter of time until differences between the eastern and the western Germany finally disappear. This still hasn't happened — even though €1.6 trillion ($1.8 trillion) in state funding has been invested in the East.

Current statistics clearly show an East-West divide. In eastern Germany, people earn on average 17% less than their western peers. My mother has worked as a teacher for 43 years, but her pension will be smaller than that of a teacher in the West. This, to me, is simply unfair. And it's also unfair to my generation, which can expect far less financial support from our parents for reasons like these. 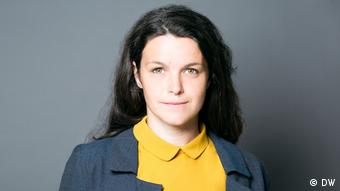 I also find it shocking that so few eastern Germans hold positions of power in today's Germany; they fill only 1.7% of the country's top jobs. This means the vast majority of lawyers, university deans, high-level national politicians and so forth hail from the West. Even in the eastern part of the country, most decision-makers are from western Germany. During reunification, West Germans took over leadership roles in the East, which had been held by people close to the communist government. But what was originally designed as an interim solution has become deeply entrenched. Today, a western German elite dominates eastern Germany. The stats prove it.

In addition, the many positive experiences people had in East Germany were either barely appreciated or simply remain completely unknown. My mother, for example, worked her entire life, just like all women I knew. For me, it goes without saying that you can have children and pursue a career. Most of my female friends from western Germany do not have such role models. And when Germany celebrated 100 years of female suffrage this past summer, barely anyone mentioned the contributions of emancipated women in East Germany.

Now, 30 years after the fall of the Berlin Wall, the political situation is forcing Germany to take a closer look at the experiences of eastern Germans. The right-wing populist Alternative for Germany (AfD) party is roughly twice as strong in the country's East as in the West. I'm the last person who'd try to defend the party, because there is no justification for racism and exclusion. But it is impossible to overlook the feeling among eastern Germans that they're not full participants in society.

If we want to keep whole regions from going in a different direction, we need to start taking action. We need to do much more to support economically underdeveloped eastern regions and start paying wages on par with the West. Companies must use quotas to commit to promoting employees from the East. And more than anything, we need to work hard to stop society from drifting apart.

But even more than political concessions, I would like to see people in western Germany take a greater interest in what their eastern peers went though — the setbacks they faced, their stories of reunification and how they feel today.

And what about my generation? I was born in 1982, which makes me part of the generation that grew up in a reunified Germany. If there's one thing we learned, it's that no political system lasts forever, and that one must always keep adapting while making sure no one gets left behind. This ability to transform is an important skill today, too, as we face the fast and far-reaching evolution of digital technologies. We've reached an age where we are ready to take on responsibility. So — when can we start?

Berlin's progressive government has announced it supports the mayor's proposal to make March 8 a public holiday. The highly symbolic initiative would make the German capital a leader in recognizing women's achievements. (25.11.2018)

Scotland: Hopes of second independence vote on "knife-edge" 50m ago

ICYMI: Feel-good stories from around the world 5h ago