When Germany celebrates the 25th anniversary of the fall of the Berlin Wall, young people probably won't be paying much attention. It means little to the children of the generation whose lives it changed the most. 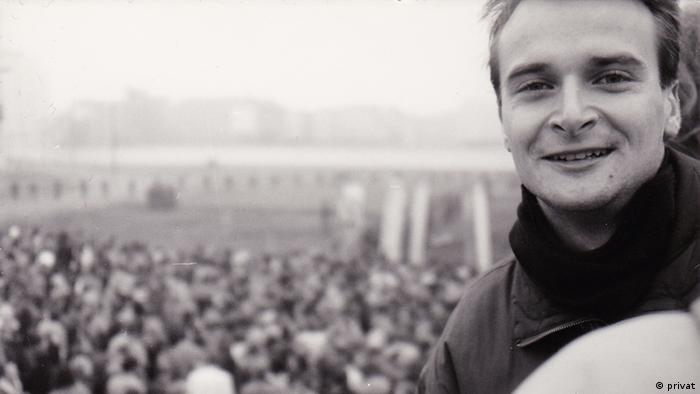 "At school you learn about the French revolution, the Second World War, and then you get to communist East Germany and it just seems so, I dunno, boring," says 20-year-old David Bredenbeck.

Fair point. It was a notoriously drab country, so why would anyone get excited about it today? Young people certainly don't, not least because it tends to be eclipsed on school curricula by other chapters in history. But a little learning is a dangerous thing.

"We have established in various studies that the less high school students know about the German Democratic Republic, the more likely they are to have a positive image of it," says Klaus Schroeder from the Research Association on the SED State at the Free University in Berlin. "They need to be better informed before they can form an opinion. Schools need to take more responsibility in conveying this information and encouraging critical thinking on contemporary history."

Even more strikingly, the research group also found out that high school students in Berlin and Brandenburg actually know less about the GDR than their peers in Bavaria and Baden-Württemberg, the main reason being that teachers who lived through it themselves find it harder to be objective.

But what about the young people whose families lived through it? How come 20-somethings who grew up in the New Federal States are so indifferent to what was and remains the defining experience of their parents' generation, when they don't even have to rely on jaded history teachers and dry textbooks for their information? 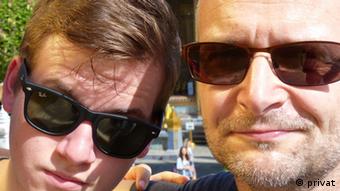 Mario and David on a recent holiday in Thailand

After all, if anyone can bring this period alive, it's the likes of David's father, Mario Jauernick. To those young enough to have been able to reinvent their lives but not too young to have forgotten what life behind the Iron Curtain felt like, the fall of the Berlin Wall amounted to a Big Bang. From one minute to the next, the future burst open.

Mario grew up in Pankow in East Berlin, and says he had a happy childhood. His parents believed in the Party, but he himself felt increasingly ambivalent about the system as he got older, he recalls, but he accepted it. After three years of military service, by 1989 he was training to be an English teacher. "I was studying the language and culture of places I never expected to actually go to," he says. "But the Wall came down and suddenly our world was transformed."

What could be more dramatic than that? But perhaps Mario's experience of the stifling effects of oppression is simply too alien for today's freewheeling younger generation to grasp.

"I've tried to imagine what it must have been like not to be able to travel or make your own choices about what you wanted to do in life," says David. "And I'm grateful that I never had those restrictions. But it's hard to feel grateful for something that you take for granted."

Still, his family's roots have been formative. "It's important to me that my kids use their critical faculties, speak out and make the most of their democratic rights," says Mario.

"It wouldn't go down very well with my parents if I didn't vote," agrees David. He was raised to take an interest in politics and to understand the power of the critical mass, even though he's well aware it's a more abstract concept to him than to his father.

"These days the political issues that people my age take an interest in are global ones," he says. "Back then, political action had an immediate impact."

A story where you know the ending 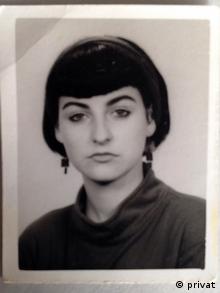 But as far as he's concerned, its demise was the most interesting thing about the GDR.

"Mainly what I associate with it is a bunch of demonstrations," he says.

The fact that they brought about a peaceful revolution rather than ending in bloodshed is why the autumn of 1989 is one of the most joyous chapters in German history, but could also explain why it fails to capture the imagination of later generations.

"It's like a story where you know the ending," says 22-year-old Matilda Wenzel. "What was so amazing about the way events unfolded at the time was the unexpectedness. No one saw the fall of the Wall coming. But now when you look back and you know how it all turned out, it takes the tension out of it."

Still, she understands the challenges her mother faced. Born in Halle in 1970, Alexandra Schmidt-Wenzel was 19 when the Wall fell. Labeled difficult at school in Dessau, she wasn't allowed to take her school leaving exam and trained as a furrier, before moving to the capital in 1988 and getting work as a waitress. 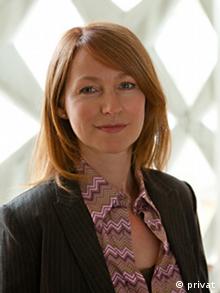 Alexandra still wishes she'd been in Berlin when the wall fell

Even though she'd spent the previous year living in the district of Prenzlauer Berg, one of the epicenters of protest, she was on a train in deepest West Germany when she heard the news that the border was open. "I'll never stop regretting that I wasn't there," she says now.

Her timing was off by one single day. Early in the morning of November 8, she'd boarded a plane in East Berlin bound for Prague, where she took advantage of the accord between the West German, East German and Czech governments announced only weeks earlier, and picked up an exit visa at the West German embassy. She headed by taxi to the border – giving the driver her ring because she had no money - then made her way to a reception center for East German refugees in a Bavarian town with the improbable name of Freilassing (change that second "I" to a "u" and it means "release," as Alexandra points out). A few months later, she was back in Berlin and the wall was history.

"I'd never planned to leave," she says. Rebellious by nature, she'd been determined to stay put out of sheer obduracy. "I wasn't going to let myself be chased out of the country just because those losers running it couldn't make it work," she says.

She changed her mind after she spent a night in jail, picked up by police on her way to a public vigil for arrested oppositionists at the Gethsemane church on October 8, one day after East Germany's 40th anniversary celebrations.

"I was petrified," she recalls. "I told myself that if they let me go, I was out of there." 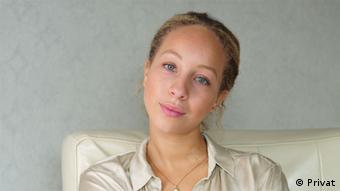 22-year-old Matilda Wenzel is a student in Berlin

Fast forward 25 years. Alexandra is a professor at the Potsdam University of Applied Sciences; her daughter has just enrolled in Cultural Studies at Berlin's Humboldt University. At the same age as her mother was when she chose to leave behind her parents, possibly for good, and start a new life in a country she'd never so much as visited before, Matilda was graduating from high school and planning a trip to Australia.

"I don't really relate to that time," she says. "It seems so distant."

Like David, her outlook has still been shaped by her family's East German background. Neither has an innate sense of entitlement, but share an attitude that opportunities need to be grasped. Even though they themselves make no distinction between 'Ossis' and 'Wessis', their parents' socialization in the GDR has made them too who they are.

While many young women these days worry about their chances of achieving a work-life balance, Matilda knows her mother overcame far more fearful odds to raise a family and have a career.

"When I was growing up, everyone's mother worked," says Alexandra, but is quick to point out that the gender equality of which the GDR was so proud was merely a matter of economic expedience. Be that as it may, Matilda sees her mother's independence as inspirational. "She showed me that it's possible to have children young and still be professionally successful," she says.

Alexandra herself is in no doubt that her resolve was a reaction against the state rather than a quality fostered by it. She is angered by what she sees as Germany's continued failure to face up to the injustices of its 40 years of communism, mirrored by the lack of interest on the part of today's younger generation. But she's confident it will do so eventually.

"It took about 30 years before people in Germany started talking about the Holocaust," she says.