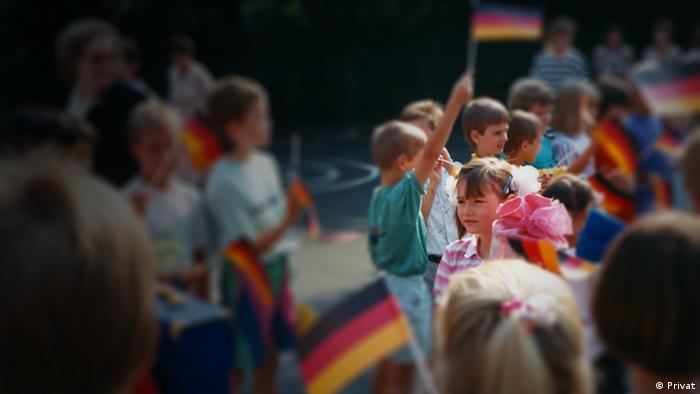 I started school in 1990, in Bonn. It was a year after the fall of the Berlin Wall; Germany's reunification came a few weeks later. My impressions of that first day of school combine the black, red and gold of the German flag with my pink paper cone filled with presents, along with a nervous stomach. It's all a bit foggy, just like my memories of childhod before the fall of the Wall — my time in the East. I was born in the socialist People's Republic of Bulgaria, and I learned to walk in East Germany.

I remember one thing clearly: The sound of change was in the air. It could be heard in kitchen conversations, was whispered in small talk with the neighbors, written in letters to my grandparents in Bulgaria and discussed on the news. It all conveyed mixed feelings of uncertainty and optimism.

But after the Iron Curtain came down, everyone went silent. It's as if the generation of my parents and grandparents had decided from one day to the next to pack their past in a box and hide it in the darkest corner of the attic. It remained untouched for a long time.

Read more: Opinion: German unification — time for the next generation to step up 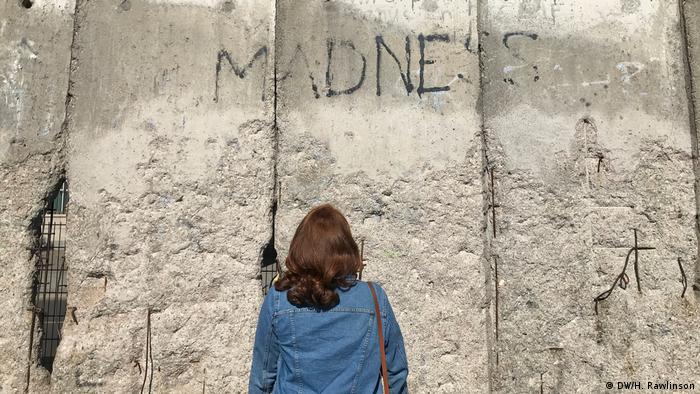 These questions have little to do with nostalgia. Rather, it's that this younger generation hopes to understand the country where their parents and grandparents grew up, the country where they also come from. But even cautious questions may lead to an emotionally defensive reaction. Why is that the case? Is it possible for us to gain access to our parents' past experiences? Do our parents have the right to forget or the responsibility to talk? 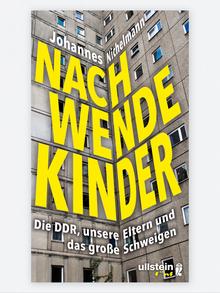 These are also the questions that Johannes Nichelmann asks in his book, Die Nachwendekinder: Die DDR, unsere Eltern und das große Schweigen (literally "Post-Communist-Transition Children: The GDR, Our Parents and the Great Silence").

"I've noticed that many people of my generation who were born in the East are trying to find out more about that East that shaped them," Nichelmann told DW.

Influenced by the media stories told after 1990 and by what they learned in history classes, the so-called Third Generation East children now want to fill the void in their own biographies.

Nichelmann remembers the day when he and his brother found their father's military uniform in the basement. They previously didn't even know that he had been a border guard in the communist German Democratic Republic (GDR).

"My father was the trigger for my book. Until recently, he had never revealed a single thing about his life in East Germany. He would actually become very angry if I asked him anything at all. I realized that something was wrong, that it was something he didn't want to deal with. That obviously got me imagining all kinds of things." 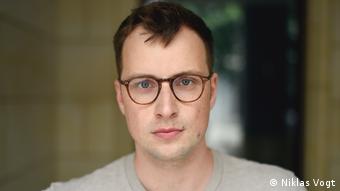 Nichelmann points out that our impressions of the former GDR are often based on extremes: either on the cases of victims of the Stasi, the state secret police, and of people trying to cross the barbed-wired-topped border, or on memories of carefree summer excursions and adventures.

"Don't get me wrong — the testimonies of victims of the communist dictatorship play an important role," stresses Nichelmann. Still, he feels that the stories of families whose experiences lie between these extremes also need to be told.

But can you force your parents to talk? Bind them to the kitchen table and shine a lamp in their faces? Those who get the feeling that they are being interrogated, and that they are required to justify themselves, often prefer to remain silent.

The objective is not to start criticizing the older generation or to start an East-West conflict in one's own house, but rather to listen, accept and try to understand.

"My father joined the [East German Communist] Party at a young age, and he was quickly convinced to guard the border. He knows that this is now viewed very critically, but he doesn't feel like justifying himself for something that wasn't considered wrong at the time, that was even seen as the right thing to do. He grew up that way, it was the way he was brought up — and all of a sudden everything he had learned was wrong. He then felt he had the choice to either say that he always felt it was horrible — in other words, to lie — or to try to explain his position, but he couldn't find the right words to do that," says Nichelmann.

The far right is not 'the others' problem'

Such family talks are important, and political and media debates must continue as well. Yet Nichelmann believes these are often misleading. He points out that right-wing extremism is often portrayed by the media as an eastern German issue. In his view, that's just a way of avoiding a problem that is present in western Germany, too, and whose solution involves the entire country.

Talking about "the others" doesn't help create a community feeling; talking with the others is the logical consequence of the fall of the Berlin Wall.

Yet 30 years after the Wall came down, German society is still just beginning to bring in eastern German voices at the highest levels. According to a Leipzig University study, only 1.7% of the top positions in the country are held by former East Germans, even though they make up 17% of the population. Only 1% of generals and only three out of a total of 60 state secretaries in the federal government came from the East. Truly living together should look a little different.

Today, the Berlin Wall appears as a photo stop at Checkpoint Charlie or as graffiti artwork at the East Side Gallery. DW’s Hallie Rawlinson retraces the history of the Wall to learn more. (08.10.2019)

On November 9, 1989 the border from east to west is suddenly opened. That night, champagne corks pop in front of the Brandenburg Gate. The wall becomes history. DW traces the remnants of the wall that divided Berlin. (07.11.2018)