Sewing your own clothes in communist East Germany was a subtle act of resistance against the regime. Women who wanted to craft their own style looked to the legendary magazine Sybille — the Vogue of the East. 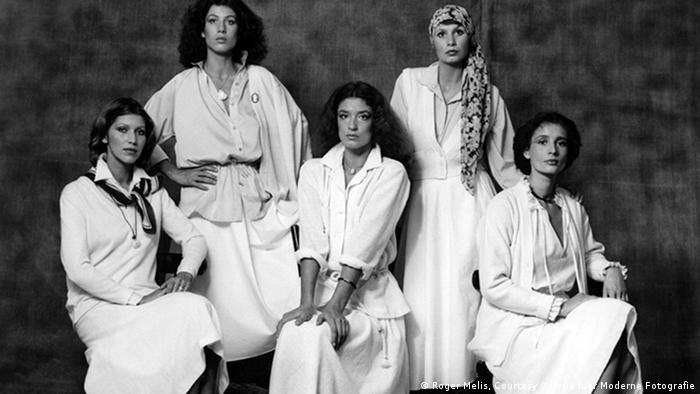 Models pose in trench coats, or in the forest wearing flowered dresses. Elsewhere, ballerinas dance in dilapidated neighborhoods looking like they are dreaming of another world, of individuality and freedom.

The styles, mainly created by unknown designers, were elegant, romantic and lascivious. They had nothing to do with the realities of socialism - which is why they went over so well with the readers of Sybille magazine. 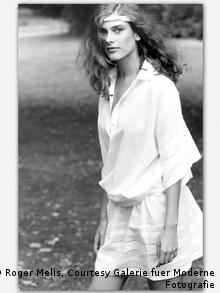 The large-format publication first appeared in 1956 as a magazine for culture and fashion. At that time, food rationing cards had just been gotten rid of, the Berlin Wall hadn't been built yet, and the women in East Germany had been labeled as "proletarian rubble women."

Much of this can be attributed to Dorothea Melis, one of the magazine's long-time, influential editors.

"I wanted to do something contemporary that catered to the women who were living and working in these economically complicated and bad conditions," said Melis, who worked for Sybille from 1961 to 1970 alongside the country's top photographers. 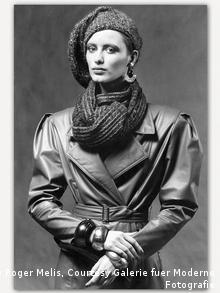 The magazine was closely watched by the state

It was Sybille Bergemann, Ute and Werner Mahler, Roger Melis, Arno Fischer and Günther Rössler who, with Sybille, established a visual language that was understandable for everyone in the GDR. They cleverly created little escapes from the gray monotony in the form of photos which risked being banned.

"Sybille was put under surveillance by the Central Committee and closely watched," said Grit Seymour, who worked as a model in the GDR. "Articles were frequently changed, shortened or rejected because they contained details that didn't conform to the political line."

One photo shooting in particular is imbedded in Seymour's memory. "It was for a cover photo. At first, I was standing behind a barrier, but that had to be changed because a GDR woman naturally stands in front of the Wall and not behind it. She is not locked out, but is infinitely free," she explained.

After the fall of the Berlin Wall, Grit Seymour walked for the major labels at prêt-à-porter fashion shows. Today, she is a professor at the Berlin University of the Arts. 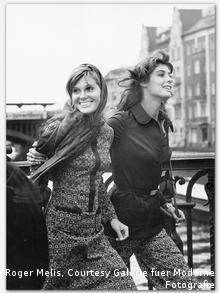 Individuality was a form of silent protest

Since the models in the GDR were amateurs, their photos were characterized by a sense of naturalness, and were at the same time both largely public and intimately private. They would never have been published in a fashion magazine in West Germany.

With a circulation of 200,000, Sybille always sold out quickly. In addition to articles about art, literature and design, the magazine featured profiles of both prominent and unknown women.

It also included patterns for sewing the clothes that, for the most part, could not be bought in shops. If the materials were available, women would experiment with creative alternatives, even out cloth diapers, shower curtains or even the plastic sheets used to protect strawberry plants.

To be cool in the GDR, you needed your own sewing machine, needle and thread. The clothes available in the stores were uninteresting to the fashion-conscious crowd. Rather, they preferred individualized fashion that didn't have anything to do with the one-size-fits-all styles on the racks. 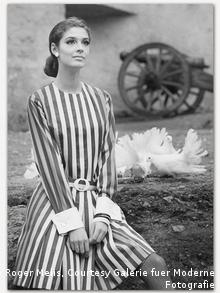 The fashion-conscious sewed for themselves

Fashion, therefore, was inseparable from politics and those who sewed were engaged in a silent protest against the crusty, standardized system.

The Berlin Wall came down in 1989; Sybille stayed in print until 1995. That was it. The magazine had fulfilled its mission of offering an avant-garde counterpoint to everyday life. Looking back, it served a therapeutic purpose as well, encouraging readers to trust their own aesthetic, shape their own lives, and be wary of dogmas.

In 1937, Hitler declared war on modern art with the opening of the Haus der Kunst in Munich. That was 75 years ago. A new exhibition examines the historical legacy of the museum as an icon of ideological power. (18.06.2012)

Soccer jerseys from sportswear to lifestyle

What started off as a functional cover-up has become a well thought out design statement. In time for the UEFA EURO 2012, a Cologne exhibition charts German national soccer team jerseys from 1972 to the present. (08.06.2012)

Female beauty is often defined by the Western fashion elite in Milan or New York. But more and more German magazines are speaking out against it. Internationally, there are a multitude of different agendas. (22.05.2012)

Serena Williams will be remembered as one of the greatest tennis players ever, but her greatest legacy is how she used her sporting success to change the lives of women, particularly Black women.

In the GDR, art was meant to serve the state. Pressure on creative artists grew after the Berlin Wall was built, but pop art still managed to thrive.