Germany: The gap between east and west is narrowing, but not fast enough

Almost 30 years after German reunification, the eastern states continue to play economic catch-up with the west. Lawmakers warn that this convergence is happening too slowly, and locals are feeling the strain. 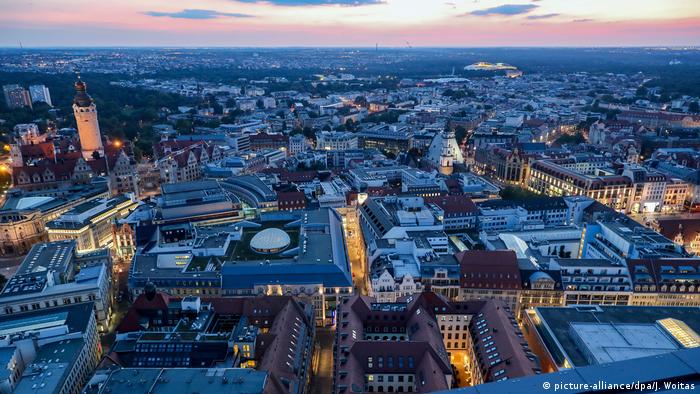 The economic gap between Germany's former communist eastern states and their neighbors to the west continues to narrow, but at a rate that is hardly noticeable.

The annual Unity Report, (Jahresbericht zum Stand der deutschen Einheit) presented to the federal government on Wednesday, found that the east German states' economic power is "only very slowly" catching up to the levels enjoyed in the more export-oriented states in the west.

In 2017, gross domestic product per inhabitant in the east was 73.2 percent of that in the west, roughly the same level as the previous year.

Over the last decade, the gap has only decreased by 4.2 percentage points, according to government data.

"Despite all the successes, we still see a high degree of dissatisfaction and skepticism," Hirte said. "We must take this seriously. The federal government must create opportunities in the east, particularly given attitudes towards the establishment and public authorities, or the structural changes we're seeing in coal mining areas."

The report also highlighted that rural regions in eastern Germany continued to be threatened by mass emigration, albeit to the expanding nearby cities, rather than westwards.

"The effects of this development can already be clearly felt when it comes to the development of technical and social infrastructure," the report noted.

Living conditions were increasingly unequal between the "prospering regions, such as Berlin and its environs — Leipzig, Dresden and Erfurt — and the structurally weak areas of emigration." Migration to the cities "leads to a further thinning out of rural and above all peripheral regions".

The growth of eastern cities, however, does reflect positive trends in the labor market. Ten years ago, employment rates in the east were 10 percent lower than in the west; today that difference is just 2.3 percent.

Women are also more represented in the workplace, accounting for just under 50 percent of all workers. Reconciling professional and family life appears to be easier in the east than in the west, according to the report's authors.

Following unification in 1990, eastern Germany saw a large fall in the birthrate and an exodus of young, well-qualified people.

According to the report, the region continues to suffer from this demographic decline. Currently 59 percent of the population is of working age (between 20 and 64) while a quarter are old enough to retire (65 years and older).

By 2030, the economy ministry estimates that only 52 percent of the population will be working and 32 percent will have retired.

Read more: East Germany: It's not just the economy, stupid!

Earlier this month, extremist protests erupted in the eastern city of Chemnitz over the stabbing of a German national, allegedly by two migrants. The city of Dresden is also the birthplace of the far-right PEGIDA movement, which regularly organizes anti-migrant and anti-foreigner marches across German cities.