The dying rural communities in eastern Germany | Germany | News and in-depth reporting from Berlin and beyond | DW | 10.12.2017

Germans are abandoning small villages for larger cities — and nowhere more so than in the former Communist east. Politicians say that they'll help, but property in rural eastern areas is going for a song. 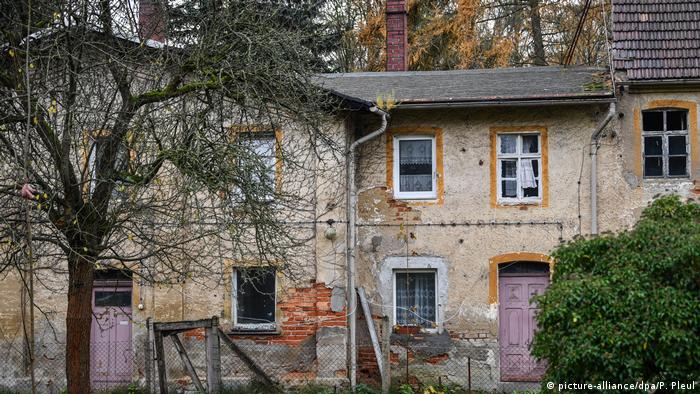 But, if you drive a little over 90 minutes south of the German capital, that same amount is enough to pick up a whole village.

The news that the 15-inhabitant hamlet of Alwine has been auctioned off underscores once again a painful division in German society. While rents are quickly rising and available living space dwindling in Germany's cities, the rural countryside is bleeding residents. The imbalance is especially acute in the former Communist east.

Whereas western Germany has been gaining inhabitants slightly, and the overall German population has held steady, eastern Germany – particularly when the eastern part of Berlin is bracketed out – has been losing people in past years. In 2015, the Federal Office of Statistics estimated that 12.5 million people lived in the former Communist east excluding Berlin. That was 2.3 million fewer than when Germany was reunified in 1989-90. And experts fear that number could drop further to only 11 million by 2030.

The bigger cities in the east — places like Leipzig, Dresden, Magdeburg and Erfurt  — are growing. Meanwhile the smallest communities are bleeding residents, as the aging population sees little recourse but to move to larger places to get the essential services they need. Alwine, for instance, has no stores and the local rural bus line doesn't stop there. Wittstock-Dosse has been spruced up, but people are still moving away

Alwine's decline began shortly after reunification when the local coal briquette factory was closed, and looking at pictures of the dilapidated buildings that line the hamlet's lone street, it's easy to understand why few people would want to live in what appears to be a post-industrial ghost town. But places that are far more attractive than Alwine are also on the wane.

The picturesque town of Adorf (population 5,078) in Saxony, on the border with the Czech Republic, once known for building musical instruments, lost more than 20 percent of its residents between 2000 and 2015. The city of Wittstock-Dosse between Brandenburg and Mecklenburg-Western Pomerania, with its lovely historic city center, has gone from 18,000 inhabitants in 2004 to 15,000 today.

Communities such as these are well aware of the threat of depopulation. But civic improvements and infrastructure projects rarely suffice to combat the demographic drain on smaller cities and towns in the east. Potential residents don't seem very impressed, for instance, by Wittstock-Dosse's restored historic buildings or its location near the crossing of two major highways.

"What are we supposed to do?" Brandenburg Member of Parliament Ina Muhss told the Berliner Morgenpost newspaper. "Perhaps we'll just have to accept that in future only 8,000 people will live in the city center."

Muhss hastened to add that infrastructure still had to be maintained for those future residents. But others aren't so sure whether it's worth preserving services in places few people seem to want to live. 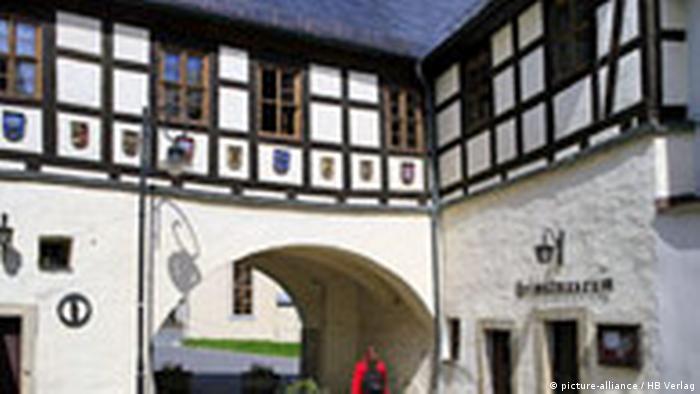 Adorf is a quaint bit of old-fashioned Saxony

You can build it, but they won't necessarily come

The head of the Institute for Economic Research in the eastern German city of Halle, Reint E. Gropp, says that Germany will have to allow infrastructure to disappear in some thinly-settled parts of the country. He also thinks that the federal government should force communities to invest for the future and not just for their present-day needs.

"Of course it's important to take account of today's needs, but a street built today lasts 20 years," Gropp told Die Welt newspaper. "Even if its construction seems necessary today, no one may be living in the area in the ten years. If that's the case, building it is crazy."

"If you build it, they will come" — the famous catchphrase from the film "Field of Dreams" doesn't apply to small towns in eastern Germany. If anything, the history of the former Communist east illustrates the inefficiency of infrastructure projects as motors for lasting economic growth in ailing rural regions.

Berthold Wigger, professor of economics and public management at the Karlsruhe Institute of Technology, cites the hypothetical example of two small neighboring communities with shrinking populations that both have swimming pools and who waste money competing with each other.

Wigger calls for an end to the "watering-can principle" of spreading funds for infrastructure projects evenly throughout the country and for more targeting of projects that have a realistic chance of long-term benefits. But is this something the politicians would sign on to? 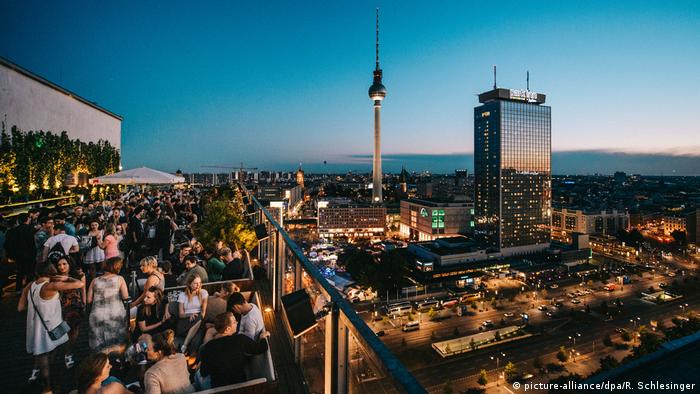 The closer they are to big cities like Berlin, the better off eastern German communities are

The lure of the cities

The German constitution sets out establishing  "equality of living conditions" as one of the goals of government. And with both of Germany's largest political parties, Angela Merkel's conservatives and the Social Democrats, struggling to attract support in eastern Germany, neither is likely to admit it's willing to let some small communities in the East disappear. In their official platforms, both parties have promised additional aid for struggling rural communities and infrastructural investments like bringing broadband internet to the German countryside.

On the other hand, federal financial help specifically earmarked for the east will be phased out in 2019. And experts agree that there's a limit to what politicians can do for rural communities people choose not to live in.

According to a study about Brandenburg just published by Leipzig University, smaller cities like Neuruppin that are closer to the metropolis of Berlin are also pulling the population away from places like Wittstock-Dosse. People who leave the countryside don't always end up in big cities. Sometimes, it's enough to be nearer to them.

Wigger sees this internal population shift as part of the normal evolution of German society.

For the time being, the village of Alwine continues to exist. But it's bucking a trend that's unlikely to stop any time soon.

People aged 15 to 24 have never made such a small share of Germany's population. The latest figures show only 10% of the population fall into this age group — putting Germany below the European average.

Newly released statistics show roughly a third of young Germans have moved out of their parents' homes over the past year, a slight increase. However, fewer young people are getting married and having children.