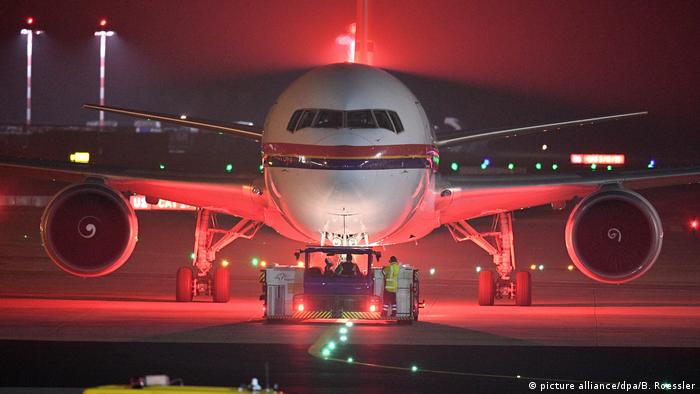 Ever had a feeling that in Germany, the rule of law and basic common sense have nothing to do with each other? The case of Tunisian Sami A., suspected of being Osama bin Laden's former bodyguard and recently deported from Germany, may prove you right. For weeks leading up to the deportation, Germany's tabloid press devoted significant attention to the case. And on June 28, Chancellor Angela Merkel announced in her governmental address that she would not tolerate such an individual on German soil.

A suspected terrorist who may not be deported

Indeed, Germans could barely believe what they heard. Sami A., a self-declared Islamist who is believed to have once assisted the world's most wanted terrorist, was living among them together with his wife and four children — all paid for by the German state, i.e. German taxpayers. Sami A.'s application for asylum had been unsuccessful, but he was not deported to Tunisia because he could face torture in the North African country. German security officials also deemed Sami A. a potential threat and someone who may commit a terrorist attack. No court, however, has ever convicted Sami A. for his reported terrorist links.

When news broke on Friday that Sami A. had nevertheless been deported, many felt a sense of relief. But not for long. Because mere hours after Sami A.'s deportation was made public, an administrative court in Gelsenkirchen ordered he be returned to Germany as fast as possible. Fortunately, and despite this order, Tunisian authorities have said they will not return him and will take him to court in Tunisia.

It is a truly perplexing story. Is there a discernible logic behind the actions of the German state? It is hard to say. It appears the court order to halt Sami A.'s deportation was deliberately issued just moments after he had already left the country. Granted, some court rulings in Germany can or should even be questioned. And sometimes, the law needs to be adjusted. But it is an altogether different matter when state authorities consciously ignore the rule of law!

Unsettling details are now also emerging about 69 Afghans who were deported several days earlier, one of whom later committed suicide in Kabul. The state argues that only criminals and foreigners stubbornly refusing to integrate are deported. But journalists, most of them in Bavaria, researched the backgrounds of these Afghans and found that many of them had done nothing wrong at all. On the contrary. A German metal working company reported that one of the deportees had been their assistant, had already spent over three years working for the company, was paying taxes and had mastered the German language. A bakery said one of the Afghans had been their trainee. And two young Afghans had been detained by German authorities on the night prior to their final school exams. One of the two already had secured a traineeship as a geriatric nurse to commence after finishing school. Everyone the journalists spoke to said these individuals had been hard-working and willing to integrate into German society.

Read more: More than half of deportees go missing in Germany

These deportations were most likely legal. But they raise serious questions: Is the German state following a coherent course when it comes to deportations? After all, every one of the volunteers who invested time to help asylum-seekers settle in and the companies who employed them feel their efforts are being ignored, even though the state should know that without their help, Germany would be unable to cope with all the new arrivals. Yet again, trust in the rule of law in Germany is being eroded, especially among those who do so much to support it. That has a potentially pernicious effect.