The case of the suspected Osama bin Laden bodyguard Sami A. and the suicide of a recent deportee have put Germany's complex deportation system under yet more scrutiny. So how does it work? DW explains. 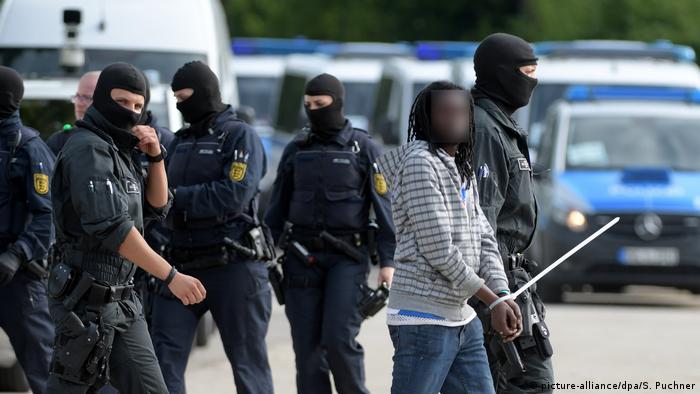 Deportations have once again become a media obsession in Germany in the past week, chiefly because of two stories. The first was Interior Minister Horst Seehofer's apparent pleasure at the circumstance that 69 people were deported on his 69th birthday, one of whom died of suicide shortly thereafter. The other is the confusion over Sami A., a Tunisian national who was deported last Thursday only for a court in Gelsenkirchen to rule the action was illegal, and demand his immediate return (though to no avail). The deportee was reported to have been a bodyguard for Osama bin Laden. The deportation reversal was based upon the fact that there was no diplomatic commitment from Tunisia with regard to whether Sami A. would be tortured.

Here are some basic facts about how deportation works in Germany.

Who can be deported from Germany?

Because non-Germans must have some kind of residency permit to be allowed to stay in Germany, refugees and asylum seekers are issued with temporary permits while their applications are being considered. If they have had their asylum applications turned down, they no longer have the right to stay in Germany, and are obligated to leave the country by a set deadline (no longer than six months). If that deadline has passed, they may be forcibly deported to their country of origin.

People whose residency permits have expired, or have not had it extended by authorities, are also subject to deportation. The same is true of non-Germans who have been convicted of a crime. But there are different rules depending on the severity of the crime: anyone sentenced to at least three years in prison must be deported, but in the case of people who have been sentenced to less severe crimes, or are simply deemed a threat to public order and safety, the decision on whether to deport or not is up to the authority in question. 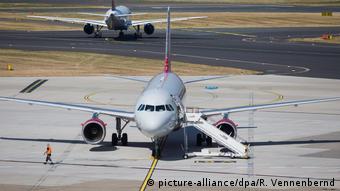 Sami A. was deported from Düsseldorf airport to Tunisia last week

Who decides who gets deported?

The responsibility for ordering deportations from Germany is shared by two different authorities – the Ausländerbehörde (foreigners' registration authority), which is run by the regional state governments, and the Federal Office for Migration and Refugees (BAMF).

Since most deportations are not voluntary, the Ausländerbehörde can call in the police to help – and since deportations are the remit of border control, deportations are usually carried out by federal, not state, police. Administrative courts only step in if deportees lodge a legal appeal.

Authorities can also apply for a court order for a "deportation detention," which can last up to 18 months, if they have evidence that a deportee intends to disappear to avoid deportation. This usually applies to foreign nationals who have been convicted of a serious crime.

What obstacles are there to deportation?

At a practical level, police can stop a deportation if the deportee's resistance becomes so violent that he may endanger the safety of the flight. Deportations are mainly carried out via commercial flights, and pilots have the right to refuse to fly if he or she deems the deportee a safety threat. To prevent this, police officers can also accompany the deportee on the flight. Occasionally, authorities charter entire planes to carry out collective deportations. 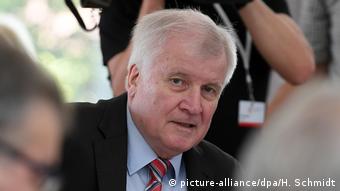 Deportations can also be stopped on health grounds, if the deportee possesses a doctor's certificate saying that travel might endanger their health.

There are also a few legal obstacles to deportation. Stateless people, or people whose nationality cannot be determined, are a special case, since, according to international law, countries are under no obligation to accept people who are not their citizens. In such cases, German authorities carry out an investigation to determine nationality, and then the country in question is obliged to issue travel papers.

Another legal obstacle is humanitarian: German law prohibits deportation if the deportee is threatened in his or her country of origin with capital punishment or torture, or if their life or freedom is threatened because of their race, religion, nationality, political opinion, or membership of a certain social group. This was the law that should have stopped the deportation of Sami A. (though the court order arrived too late).

A persistent problem in recent years has been that overworked BAMF offices have made flawed decisions on asylum applications, and left asylum-seekers with legal opportunities to challenge rejections. This has resulted in many asylum-seekers spending a long time in Germany even after their initial applications were turned down.

German Interior Minister Horst Seehofer says his standoff with Chancellor Angela Merkel over asylum policy is "history." He had threatened to resign unless Germany turns away asylum-seekers at its border. (08.07.2018)