German churches used their asylum agreement with the government to protect nearly 500 people from deportation in the first quarter of 2018. The far-right AfD is currently criticizing humanitarian actions by churches. 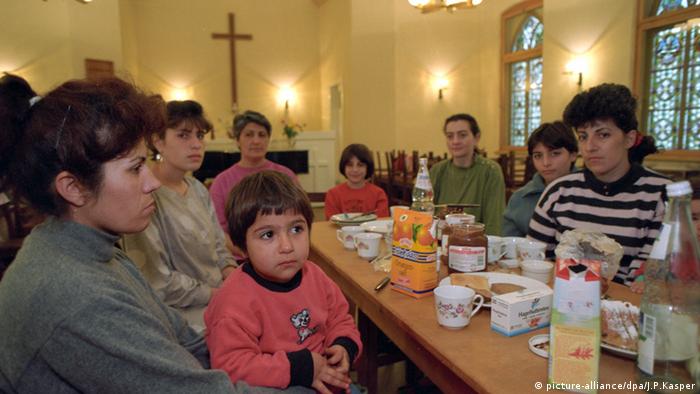 The German interior ministry figures came from an official answer to a parliamentary question put by the far-right Alternative for Germany (AfD), which has long been critical of the German churches, despite insisting that Christianity is part of Germany's cultural identity.

The church tradition of offering humanitarian asylum was partially codified in February 2015, when the German Federal Office for Migration and Refugees (BAMF) made a non-legally-binding agreement with Germany's Protestant and Catholic Churches. This allows specific church representatives to present "particularly hard cases" of people threatened with deportation to BAMF again for reconsideration. A Munich court ruling recently clarified that church asylum could be overridden by a BAMF order.

In its official answer to the AfD, the interior ministry said the agreement had been made as a compromise with churches, to "make a quick end to church asylum cases possible." It added that the ministry, the BAMF, and the state governments, would be meeting with church representatives again this month to "improve the procedural agreement." 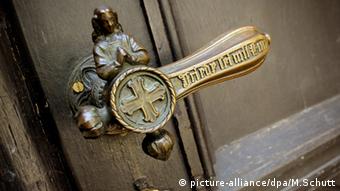 Churches do not have special legal status in Germany

Church as the last hope

German churches, usually through their councils, can decide to offer asylum to certain applicants, and then take responsibility for their room and board. In all cases, churches agree to inform the authorities, though they are not obliged to make the cases public.

The modern German church asylum movement first came about in 1983, when a church in Berlin tried to protect a Turkish man named Cemal Kemal Altun, who was threatened with deportation to the military dictatorship in Turkey, and who committed suicide when his case was turned down by a Berlin court.

The Altun case gained nationwide attention, and in the following years, while Germany's asylum policy became progressively stricter, a network of Christian congregations was established who informed the central church authorities that they were prepared to shelter people threatened with deportation. In 1991, German churches signed the "Nuremberg Declaration," which criticized the government for failing to guarantee asylum for the politically persecuted.

Though the importance of church asylum cases diminished in 2005 when the German states began introducing their own commissions to reconsider asylum applications in extreme cases, in recent years more and more church asylum cases have been registered – not least because of the introduction of the European Union's controversial Dublin Regulation, which often forces asylum seekers to move to countries where they will likely be left homeless.

In virtually all of the 498 cases, the Interior Ministry said this week, the deportations prevented by churches were part of the Dublin Regulation, which allows EU member states to send asylum seekers back to the EU country responsible for the asylum claim. This usually means Italy or Greece, since most asylum claimants come via the Mediterranean Sea, and asylum seekers are required to claim asylum in whichever EU country they enter first.

AfD turns on the church

Churches have no special legal status in Germany, and the deal over church asylum has always been a contentious point. In 2015, then-Interior Minister Thomas de Maizière criticized the practice, before adding that "as a Christian" he could understand that "in individual cases" churches would want to take refugees in.

That criticism has now been taken up more aggressively by the AfD, who have made asylum policy their main obsession. Earlier this week, a local branch of the far-right party in the state of Baden-Württemberg accused some churches of "undermining the rule of law" by stopping deportations to other EU states.

Local AfD politician Daniel Rottmann expressed outrage that churches in the region had stopped 12 deportations to EU countries in April, on the grounds that the 2015 agreement said that impending Dublin deportations were not sufficient reason to grant church asylum. He also accused some churches of providing "false witness," because they had only acknowledged six such cases.

A thousand Turkish diplomats and civil servants are among the 15,654 people who have sought asylum in Germany since the failed coup in 2016. The figures exclude fugitive Turkish soldiers. (01.04.2018)