They all agree, but they won't all agree to participate. The hypocritical deal on climate neutrality by 2050 reached at the EU summit demonstrates how isolated Germany is on this issue, says DW's Christoph Hasselbach. 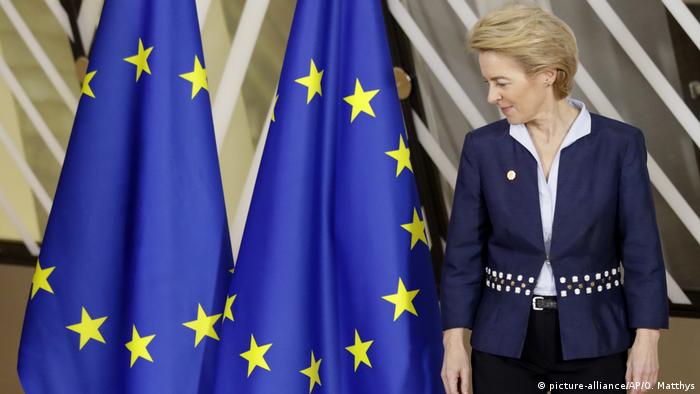 How can you obtain a unanimous decision from which one country is excepted? But this is exactly what the European Council has done. All 27 heads of state and government, including Poland (the British prime minister, Boris Johnson, was understandably absent), have agreed that the EU should be climate neutral by the year 2050. However, Poland has been granted a concession — it can take a bit longer to get there. How long has not been stipulated.

Ursula von der Leyen's contortion allows her to save face, but only with the greatest of difficulty. The new president of the Commission was keen to demonstrate at the start of her term in office what the EU, and she herself, are capable of. Shortly before the EU summit, parallel to the World Climate Conference in Madrid, she announced the great aim of "European climate neutrality in just 30 years." She even went so far as to compare it to the first moon landing — as if climate neutrality were an event that could be pinned to a specific date!

In doing so, she put pressure EU governments to fall into line. If just one country had refused to go along with the resolution, the European Council would have stabbed von der Leyen in the back. The EU as a whole would have looked utterly ridiculous. Hence this hypocritical pretense of unanimity.

However, in order to achieve it, concessions had to be made. Poland will not only essentially be able to decide for itself when to decommission its many coal-fired power stations — it currently derives almost 80 percent of its electricity from coal! The Czech Republic, Hungary and Poland also managed to ensure that nuclear power was specifically mentioned in the closing statement as an energy source en route to climate neutrality.

French President Emmanuel Macron, supposedly Germany's closest ally, is of course also behind this. As is well known, France generates the majority of its electricity in CO2-emission-free nuclear power plants; it's planning to build several new nuclear reactors, and sees absolutely no reason why that should not be acknowledged as a contribution to climate protection.

Read more: When it comes to climate protection, Germany still has a lot to do

Germany, on the other hand, is phasing out both coal-fired power generation and nuclear power over a relatively short period of time. No other European country is taking this route, and it looks as if it's going to stay that way.

This summit has shown how little the German model is regarded as a desirable example. Worse still: Although Ursula von der Leyen is responsible for the whole of the EU, many eastern Europeans still see her as the German who's now trying, in the EU's name, to impose a German agenda in climate policy, too.

And that's gone wrong before. German Chancellor Angela Merkel tried to get her position on refugee issues accepted as the policy of the EU as a whole — and failed. Germany now needs to acknowledge that other countries also have views on climate policy that differ from its own.

Russia: Pro-Kremlin party ahead in parliamentary election 0m ago