Germany's military ended efforts to rescue people from Afghanistan, and many German groups' Afghan staff members have been left behind. It's a betrayal that has caused irreparable damage, writes DW's Maissun Melhem. As I watched the news of the last German military plane taking off from Kabul airport, I was reminded of an anecdote a German politician told me when I interviewed him a decade ago.

While visiting Afghanistan, he struck up a conversation with a carpet dealer after spontaneously falling in love with a carpet selling for a few hundred euros. He didn't have enough cash on him and asked the dealer to reserve the carpet while he went to get the rest of the money. But the merchant took him by surprise and said: "Take the carpet with you and come back after you get the rest of the money. I trust you." The politician kept his promise and didn't deceive the carpet dealer.

No progress without local assistance

Why didn't German policymakers in Afghanistan act the same way?  The Bundeswehr has irrevocably left the country, but thousands of desperate Afghans remain behind and fear for their lives. 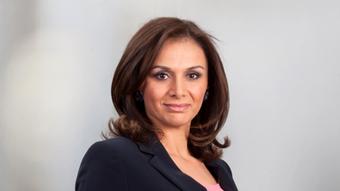 In a speech on Wednesday, Chancellor Angela Merkel paid tribute to the high price Bundeswehr troops paid in the fight against terrorism and the many efforts to establish liberal, democratic structures within Afghanistan. She then went on to praise the military for its successes in Afghanistan.

But the outstanding work done by the Bundeswehr — and the various federal ministries and German aid organizations — in Afghanistan would have been impossible had it not been for the many Afghans who worked alongside foreign troops, aid groups and artists.

Since hardly anyone in the Bundeswehr speaks Dari or Pashto, local interpreters were indispensable during military missions. And their jobs went far beyond just translating. They were also cultural mediators and knowledgeable local guides when soldiers were out on patrol. Even on base, they played an important role and the everyday lives of the German soldiers would have been very different without the assistance of locals who were familiar with the area and its traditions and history.

Without the network of journalists, artists, human rights activists and many other well-informed Afghans established over the course of two decades, efforts to bring more democracy and education to people in Afghanistan would have failed long before the Taliban retook control of the country earlier this month. 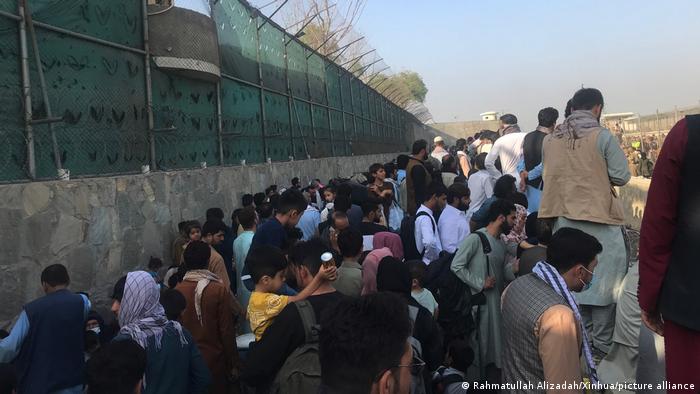 By helping Germany's military and foreign aid groups, these people placed their trust in Berlin and in German authorities. They trusted their lives and the lives of their families to the promises of security made by German officials. They knew they would be seen as traitors for helping Germany and other foreign countries if the radical Islamist Taliban retook control of the country — but they helped anyway.

And now, with the Taliban back in control of Afghanistan, many of these people are stuck living at the mercy of the Taliban. 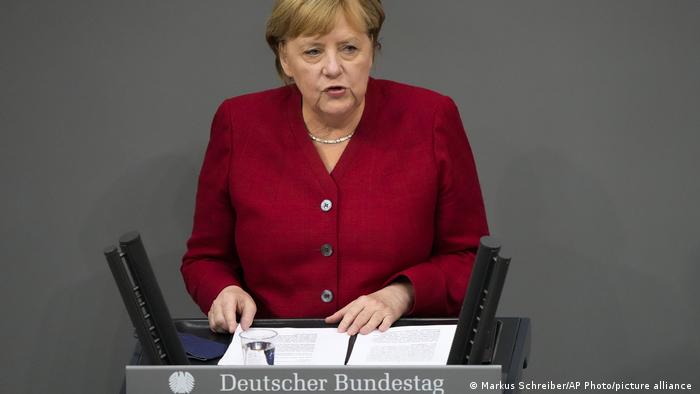 In her government statement, the chancellor attempted to justify the government's dramatic blunder of not evacuating local support staff earlier: "After the fact, it's relatively easy to look back and predict precisely what would happen." But the truth is that this drama has been a long time coming.

Is Germany still a reliable partner?

The German government is now in the unpleasant and absurd position of having to negotiate additional evacuations with the Taliban regime while at the same time refusing to recognize it as the ruler of Afghanistan. All anyone can do is wish them luck with that.

Just like the lives of those who were left behind, Germany's reputation on the world stage is also at the mercy of the Taliban. The militants are currently the only ones who can allow the German government to save the lives of the people it worked with — and show it is still a reliable partner.

This Afghanistan disaster cannot be undone by just getting out the checkbook. The price of failure this time is measured in human lives — lives that were negligently put at risk.

There's nothing that can undo that damage or rebalance the scales. The only thing left to do now is to admit the mistakes and figure out how it all went so terribly wrong. And, finally, to beg forgiveness from the victims and their families. This is something else the chancellor and her ministers have also failed to do.

This article has been amended to protect the safety of journalists and their families in Afghanistan.

Trying to flee Kabul: 'We had no information at all'

Ahmad R. was one of 5,347 people flown out of Kabul by the German Bundeswehr. Maryam K. is still hoping to leave Afghanistan. They share their stories with DW.

US, Western allies condemn Taliban over 'summary killings' 1h ago

Opinion: Who decides that omicron is a 'South African' variant? 17h ago