Afghanistan: Is it right to talk to the Taliban?

The international community is waking up to the harsh truth that once again, it has no clear strategy for dealing with the Islamists and the new reality emerging in Afghanistan. 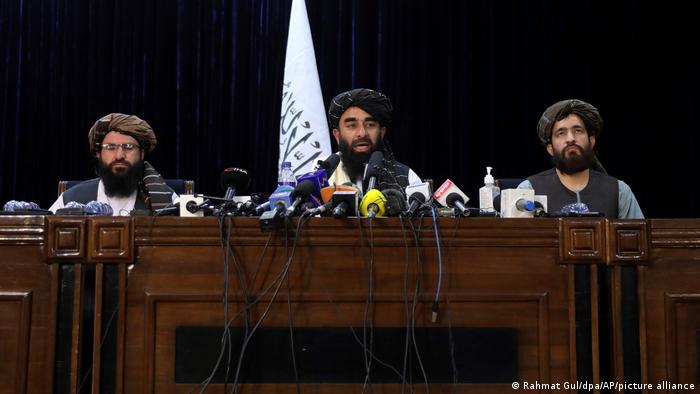 August 19 is Independence Day in Afghanistan. And practically nobody had predicted that the Taliban would already have occupied the presidential palace in Kabul by then and that this national holiday would take place in a completely different Afghanistan.

When German Chancellor Angela Merkel talked about an "overwhelmingly bitter development," she was in effect alluding to the now central question of what to do when yesterday's terrorists are today's government.

There is no doubt that Germany and the West as a whole have vital interests in Afghanistan. Why else would Berlin have made a two-decade commitment to bringing a better future to the tortured country? A commitment involving massive military backing, development aid, and humanitarian assistance. Even the news that former President Ashraf Ghani has fled the country does not mean that those interests have simply disappeared in the dust. 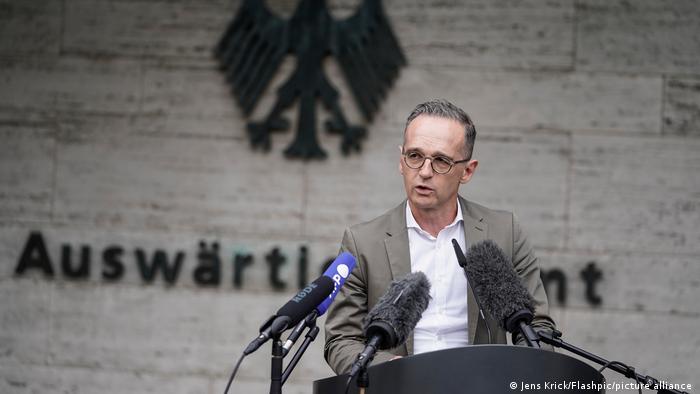 One thing is for sure: In today's interlinked world, stability in the Hindu Kush can mean more stability at home in Europe. There are obvious incentives to prevent the region from becoming a breeding ground for internationally operating terrorists. The fact that the new rulers in Kabul have themselves carried out horrific and deadly terror attacks to reestablish themselves in power only makes the situation all the more complex.

This explains the reasoning behind a controversial statement issued by German Foreign Minister Heiko Maas last week, who made it clear that: "Should the Taliban establish a caliphate, they would isolate themselves on the international stage and would not receive diplomatic recognition as a state. That would put an end to international aid programs."

Afghanistan has in recent times received more German development assistance than any other country. But that support has is now on hold. A sum of €250 million ($293 million) had been earmarked for this year alone. So far, though, not a cent has been paid out.

One influential commentator on the region appears to have made up his mind about where developments are leading: Markus Kaim, an expert on Afghanistan at the German Institute for International and Security Affairs in Berlin told the Handelsblatt newspaper that, sooner or later, the West will have no alternative to accepting the Taliban: "What we're seeing at the moment from Foreign Minister Maas and others is an instinctive act of defiance. The message is that there will be no recognition, no negotiations, no money. And it's a very natural human response. But it's not a strategy for how to proceed in a region of such great geopolitical significance." No surprise, therefore, that Markus Kaim recommends entering into talks with the Taliban.

And on Tuesday, German Foreign Minister Heiko Maas sent Markus Potzel, Berlin's special envoy to Afghanistan, to Doha for direct talks with Taliban representatives. The focus here is on the extent to which the Taliban are willing to facilitate the evacuation of Afghan citizens who risked their lives to give crucial support to both the German armed forces and German ministries during the many years that they were involved in the country. 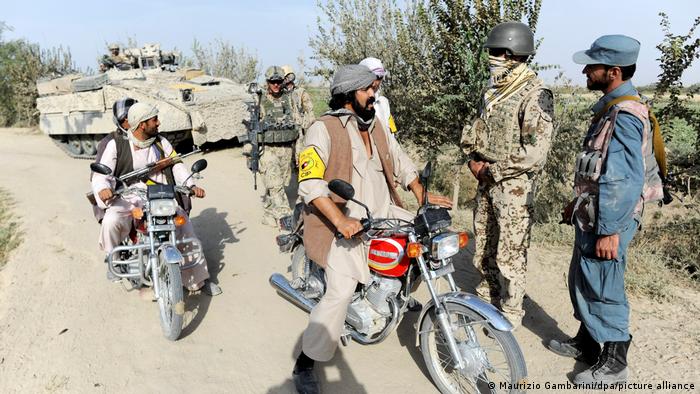 Another influential voice in the debate over how to deal with the Taliban is Aydan Özoguz of the Social Democrats. She, too, has repeatedly spoken out in parliament on what she sees as the necessity of keeping channels of communication with the Taliban open. Özoguz — who's also a member of the Bundestag's Committee on Foreign Affairs — told DW: "The Taliban aren't going to achieve much if they remain completely isolated. They're dependent on humanitarian and development funding. The current situation is chaotic and very worrying. In principle, however, we remain committed to political dialogue with Afghanistan. But we must wait and see whether there will be any sort of a return to orderly structures and whether the new government will be both willing and able to talk."

Half of the population need assistance

It's a race against the clock. The UN Office for the Coordination of Humanitarian Affairs (UNOCHA) estimates that in the current year around half of all people in Afghanistan (total population just short of 40 million) will be dependent on humanitarian assistance. That is nearly twice as many as last year.

And — as another Afghanistan specialist, Winfried Nachtwei, told DW — a fundamental principle of humanitarian assistance is that it is always provided independently of political developments in the region in question: "It can't be in the European or German interest that the already catastrophic humanitarian situation in Afghanistan deteriorates still further," says the Green Party parliamentarian and security spokesman, who closely monitors developments in Afghanistan.

The question of how best to deal with the new government in Kabul will, says Nachtwei, above all depend on whether other "forces in Afghanistan will be represented in the new government." And the Taliban appear to be making a discernible effort to create the impression that that is precisely what is happening. Top Taliban diplomat Mullah Baradar has spoken of what he sees as a potentially "open and inclusive Islamic government."That should be read as a firm hint that non-Taliban elements will indeed have a share in power. And Taliban spokesman Muhammad Naim appeared to open the door to the international community when he said that the intention was not to govern what he called "an isolated country." 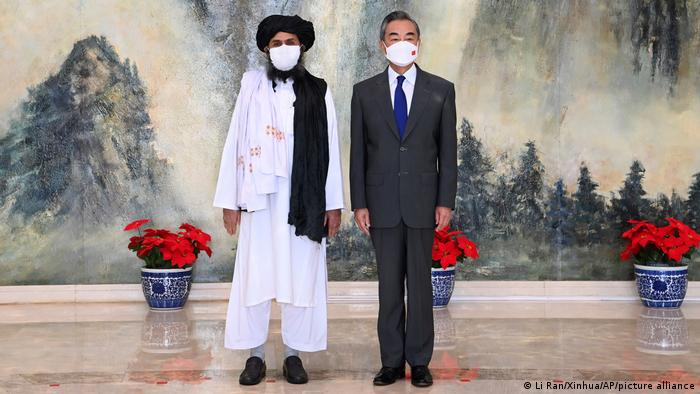 The Taliban, who have long profited from the opium and heroin trade, are set to reap $1 trillion from mineral wealth, as China needs these resources to grow its economy.

Some countries have already been quick to accept Taliban approaches. China was especially prompt in recognizing the transfer of power: "We respect the decision of the Afghan people," said senior Beijing spokeswoman Hua Chunying earlier this week.

It was already two weeks ago that Foreign Minister Wang Yi met with a Taliban delegation in the Chinese port city of Tianjin. This willingness to roll out the red carpet was reciprocated with a Taliban promise not to interfere in China's domestic affairs. That was viewed as a clear signal that there would be no support for Islamist extremists in China's northwestern Xinjiang region.

Turkey also seems determined to put an upbeat spin on the Taliban takeover in Afghanistan. Turkish Foreign Minister Mevlut Cavusoglu said his country was currently in talks with all forces in Afghanistan.

In Europe, meanwhile, Britain called for pragmatism in relations with the new rulers in Afghanistan. Foreign Minister Dominic Raab said he believed that the best way forward was to recognize the new reality with the goal of having a positive influence on the "new regime."

Winfried Nachtwei agrees that the key will be to follow developments on the ground closely and without blinkers. "Only then will it be possible to gauge whether or not there are pragmatic forces willing to respect the hopes and demands of all the people of Afghanistan, or whether it will again be a case of hard-core forces imposing their ideology on the rest of the country."

NATO's unconditional withdrawal from Afghanistan has emboldened the Taliban and reignited the civil war. Germany now has the moral duty to help its local forces without too much red tape, says Sandra Petersmann.

Explained: Who are the Taliban?