Refugees in Istanbul: Is anti-migrant sentiment growing in Turkey? | Europe | News and current affairs from around the continent | DW | 18.08.2021

Refugees in Istanbul: Is anti-migrant sentiment growing in Turkey?

The four million or so refugees in Turkey are facing growing animosity. In the Istanbul immigrant district of Yusufpasa, many are worried about what the future will bring. 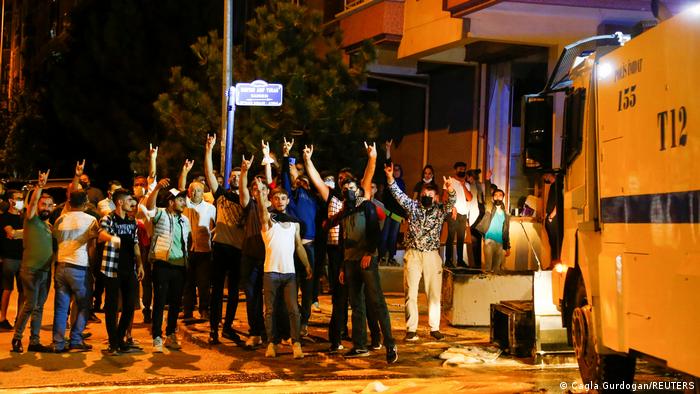 The fatal stabbing of a Turkish teenager sparked riots in Ankara

For years now, the Istanbul district of Yusufpasa has attracted migrants and refugees fleeing from war. Its inhabitants come from all over the world — but Syrians most visibly shape everyday life here. On bustling Millet Street you cannot overlook the many Syrian-run stores —- restaurants, barbers' shops and travel agents mainly target Syrian customers. The advertising in the windows is written in Arabic as well as Turkish. 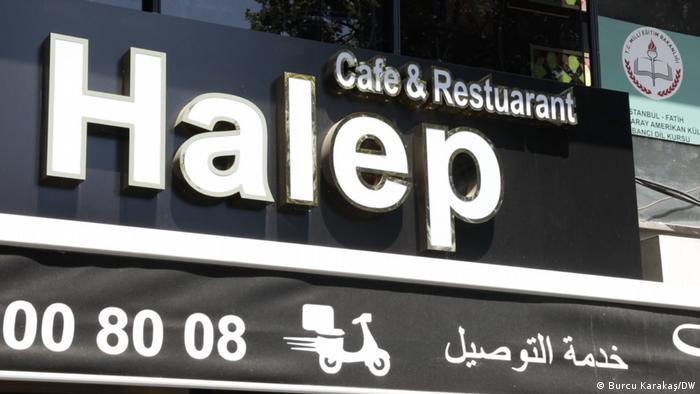 Yusufpasa district is dotted with Syrian businesses like this one

Stores like that were the target of xenophobic attacks in the capital Ankara last week. A group of Syrian migrants were involved in a fight with locals, in which an 18-year-old Turkish youth was killed. News of the incident led to hundreds of people gathering in the district of Altindag and vandalizing or setting fire to the businesses, apartments and cars of Syrians.

Fears of another Ankara

The events in Ankara have also stirred fears more than 400 kilometers away: Many Syrian-born people refuse to comment on the violence in Ankara. They are not prepared to go on the record even if their identity is concealed. Most say they fear for their safety.

Forty-five-year-old Abdulmalik — he does not want his real name revealed — came to Turkey from Aleppo eight years ago. He works in one of the many Syrian cafés and restaurants that sit right by the tram tracks and are mainly frequented by Arab customers. "We don't have much contact with Turks at work. Not many come to us. But you couldn't say that our relations have been particularly poor up to now," he says. 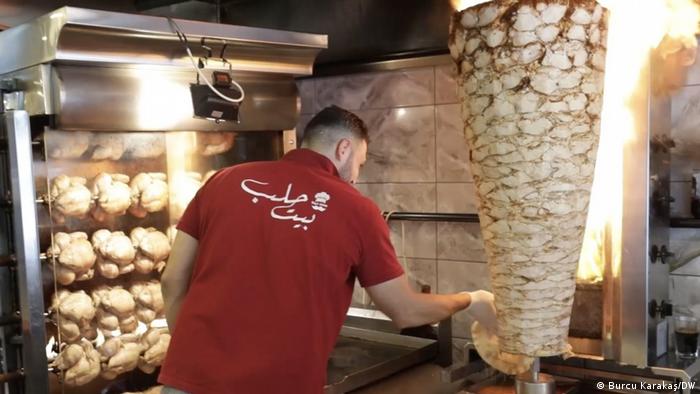 The mood towards the four million or so refugees seems to be souring. While they have long been tolerated by the Turkish government and people, anti-migrant animosity has been growing. One important reason is that Turkey has been suffering from an ongoing economic crisis since the fall of 2018 ­ — with currency devaluation and rampant inflation. The situation is stoking existential anxieties and the battle for a piece of the pie.

'As if we'd not left the war behind us'

Abdulmalik fears that all Syrians will be made responsible for the actions of just one of their number. "One person has done something bad and all Syrians are being condemned for it in equal measure. It is very hard to deal with that. The attacks in Ankara remind many of past attacks at home in Syria. It is as if we had not left the war behind us."

Abdulmalik's cousin joins in the conversation and tells us that he had been following what was happening in Ankara in social media. "I have read numerous posts (written by Syrians). Many were afraid. Others were furious." He says that he felt optimistic nonetheless because the police had protected innocent people during the tumultuous happenings of that night. "I am sure that the Turkish government will stop any further tensions emerging." 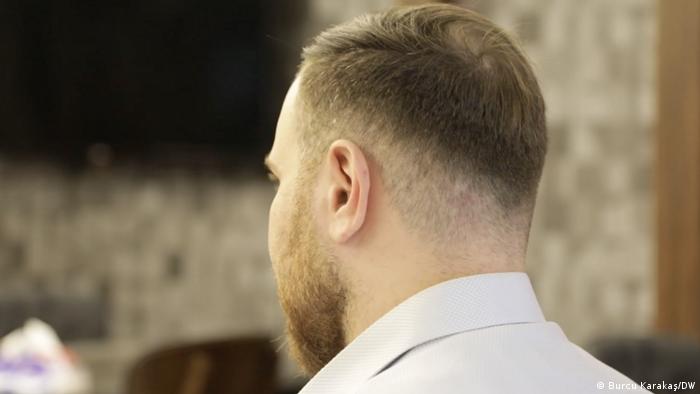 Syrian refugees, like Nizam are afraid of speaking out after the events in Ankara

Many Syrians have not lost hope

There are numerous Syrians who express similar optimism. Many hope that their shared faith will help calm the situation. Nizam (not his real name) who also comes from Aleppo, has been living in Turkey for five years. He says that he came there to start a better life. "We are not just sitting around here. We pay our rent and work as normal," he tells us. "I was sad when I saw what had happened in Ankara." Nevertheless, he has not lost all hope. He says he has a lot of Turkish friends, that he feels safe in his neighborhood and is not afraid.

Hidir is 29 years old and works at a barber's in Yusufpasa. He has a Syrian mother and his father is Lebanese. He has been living in Turkey for two years now. The young man says that he came to Istanbul to work and to build a future for himself. Like Nizam, he also does not fear unrest or an escalation of tensions between locals and Syrian refugees. "People come here to live and not to cause trouble. Turkey is like my home country and I love Istanbul. That's why I am not worried. I am not doing anything wrong, so why should I worry?" 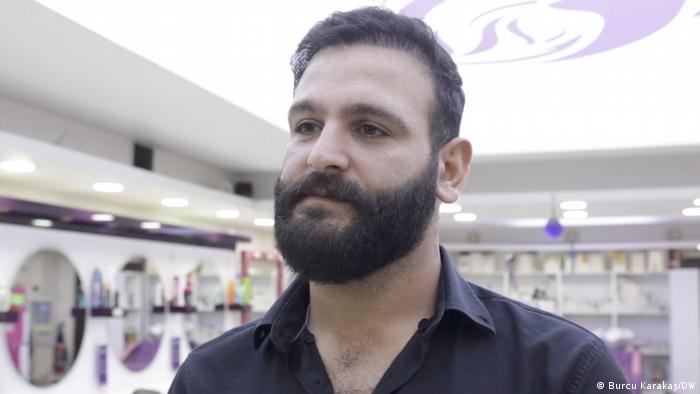 Hidir is not worried about the future

Abdulmalik would like a future free from prejudice. He says it is important that all of the refugees living in Turkey should not be written off because of a single incident. He offers his condolences to the family of Yalcin, the teenager who was stabbed to death in Ankara: "We are really sorry. We do not know exactly what happened. But we all hope that we (Syrians) do not all get lumped together."