To date, the Taliban have profited from the opium and heroin trade. Now the militant group effectively rules a country with valuable resources that China needs to grow its economy. 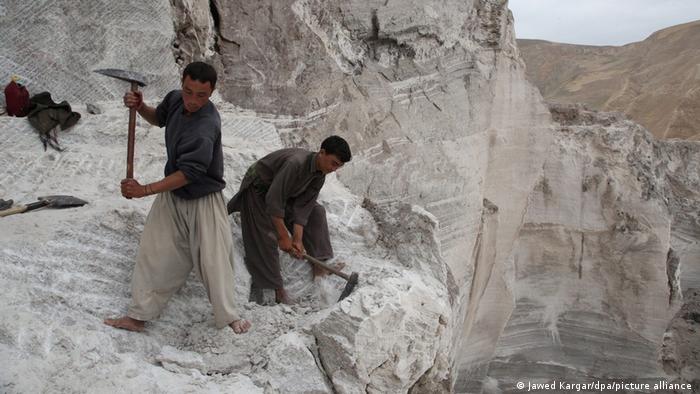 With almost no mining industry infrastructure in place, it would take Afghanistan decades to fully exploit its mineral wealth

The Taliban have been handed a huge financial and geopolitical edge in relations with the world's biggest powers as the militant group seizes control of Afghanistan for a second time.

In 2010, a report by US military experts and geologists estimated that Afghanistan, one of the world's poorest countries, was sitting on nearly $1 trillion (€850 billion) in mineral wealth, thanks to huge iron, copper, lithium, cobalt and rare-earth deposits.

In the subsequent decade, most of those resources remained untouched due to ongoing violence in the country. Meanwhile, the value of many of those minerals has skyrocketed, sparked by the global transition to green energy. A follow-up report by the Afghan government in 2017 estimated that Kabul's new mineral wealth may be as high as $3 trillion, including fossil fuels.

Lithium, which is used in batteries for electric cars, smartphones and laptops, is facing unprecedented demand, with annual growth of 20% compared to just 5-6% a few years ago. The Pentagon memo called Afghanistan the Saudi Arabia of lithium and projected that the country's lithium deposits could equal Bolivia's — one of the world's largest.

Copper, too, is benefiting from the post-COVID global economic recovery — up 43% over the past year. More than a quarter of Afghanistan's future mineral wealth could be realized by expanding copper mining activities. 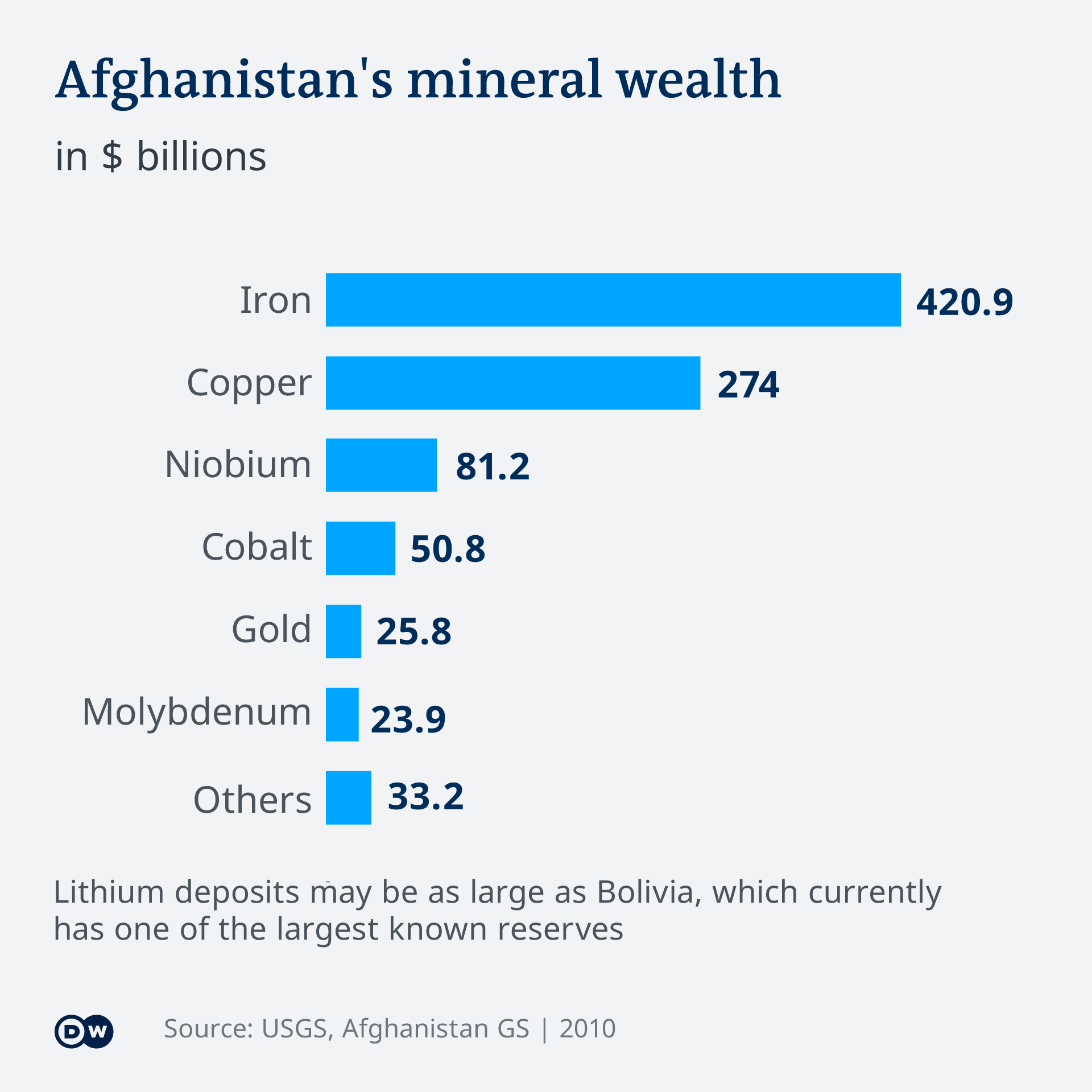 While the West has threatened not to work with the Taliban after it effectively seized control of Kabul over the weekend, China, Russia and Pakistan are lining up to do business with the militant group — further adding to the US and Europe's humiliation over the fall of the country.

As the manufacturer of almost half of the world's industrial goods, China is stoking much of the global demand for commodities. Beijing — already Afghanistan's largest foreign investor — is seen as likely to lead the race to help the country build an efficient mining system to meet its insatiable needs for minerals.

"Taliban control comes at a time when there is a supply crunch for these minerals for the foreseeable future and China needs them," Michael Tanchum, a senior fellow at the Austrian Institute for European and Security Policy, told DW. "China is already in position in Afghanistan to mine these minerals."

One of the Asian powerhouse's mining giants, the Metallurgical Corporation of China (MCC), already has a 30-year lease to mine copper in Afghanistan's barren Logar province. 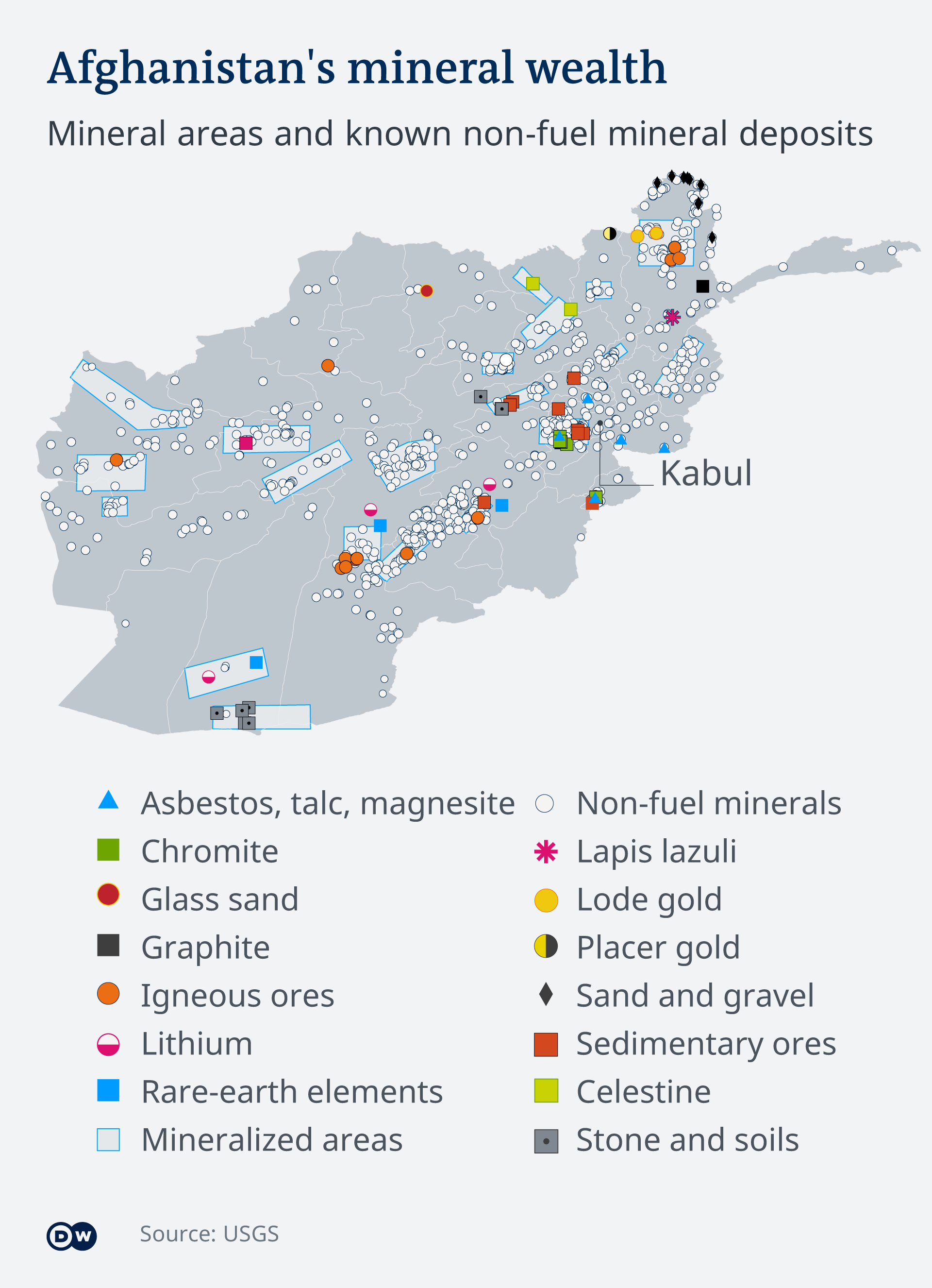 Some analysts, however, question whether the Taliban have the competence and willingness to exploit the country's natural resources given the income they generate from the drug trade.

"These resources were in the ground in the 90s too and they [the Taliban] weren't able to extract them," Hans-Jakob Schindler, senior director at the Counter Extremism Project, told DW. "One has to remain very skeptical of their ability to grow the Afghan economy or even their interest in doing so."

On Monday, as the Taliban prepared to revert to the country's old name — the Islamic Emirate of Afghanistan — China said it was ready for "friendly and cooperative relations" with the new rulers. 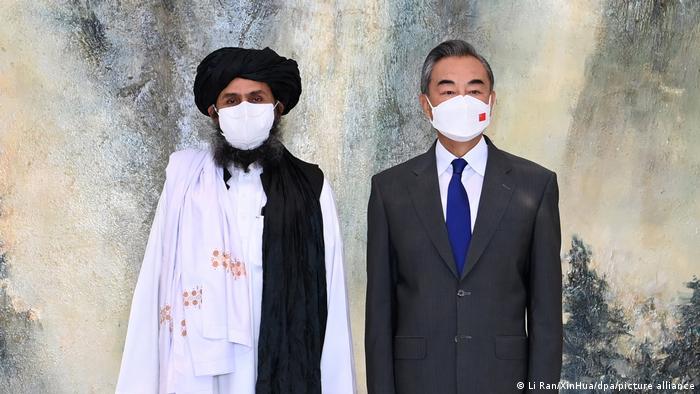 Another stop on the New Silk Road

But concerns about regional security must be addressed. A spillover of violence into other central Asian countries could leave a network of pipelines that supply much of China's oil and gas vulnerable.

Beijing is also worried that the war-torn country could become a hideout for China's minority Uyghur separatists and that its economic interests will be undermined by continued violence within Afghanistan.

"[The Chinese firm] MCC's mining operations have been plagued by the instability in the country due to the conflict between the Taliban and the former Afghan government," Tanchum, who is also a non-resident fellow at the Middle East Institute (MEI), added. 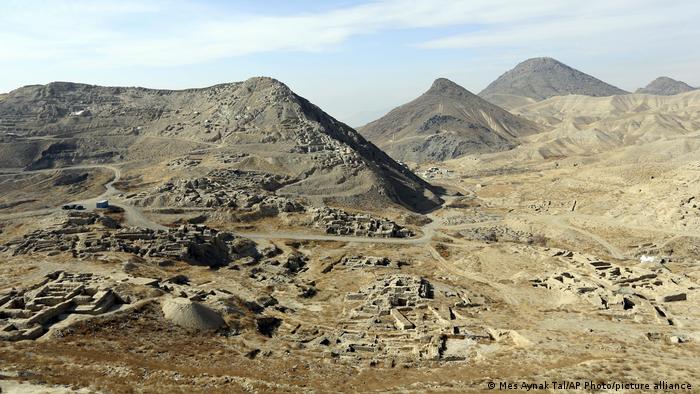 "If the Taliban can provide China stable operating conditions, then the copper operations alone potentially could produce tens of billions of dollars of revenue, spurring the development of mining operations for other minerals in the country," said Tanchum.

To date, the Afghan government hasn't made a profit from its existing mining projects. According to a report by cable television broadcaster Al Jazeera, the government loses $300 million per year.

Afghanistan's neighbor Pakistan is also set to benefit from Afghanistan's minerals wealth. The Islamabad government, which supported the Taliban's first takeover of Afghanistan in 1996, has maintained ties with the group and has been accused by the US of harboring Taliban militants.

Pakistan is also set to be a major beneficiary of China's infrastructure investment — often dubbed the New Silk Road.

"Pakistan has a vested interest as the materials could potentially be transported along the commercial transit route from Pakistan to China," Tanchum told DW, adding that a deal with the Taliban would give Islamabad the incentive to support a stable security environment in the region.

Can the Taliban handle Afghanistan's finances?

Can the Taliban handle Afghanistan's finances?

Still pie in the sky

Afghanistan's new Taliban leaders still face an uphill battle in extracting the country's mineral wealth. The creation of an efficient mining system in one of the world's failed states could take years.

That means the Afghan economy may remain heavily reliant on foreign aid for the foreseeable future, despite several Western governments — including Germany — cutting development aid in an attempt to rein in the Taliban's strength.

Security will not likely improve overnight, and corruption — which remains rife and reportedly exacerbated the Taliban's speedy capture of the country — could continue to stymie foreign investment. Afghanistan's infrastructure and legal system also remain woefully lacking.

"One of the main problems was that you were unable to get the resources out of the country without a private army to secure them against the Taliban," Schindler said. "Now, that threat has gone, but the infrastructure … is still not there, so they will need large-scale investment."

The US and Europe, which rely on rare earth imports from China, now face a fresh dilemma on the best way to engage with the Taliban. And many Western investors have been reluctant to bid for tenders on natural resources projects, citing security and rule of law concerns.

If they try to engage with the Taliban, they'll be criticized for ignoring the Islamist group's overthrow of the country's nascent democracy and human rights abuses. If they don't, they'll miss out to China and the Taliban's traditional allies.