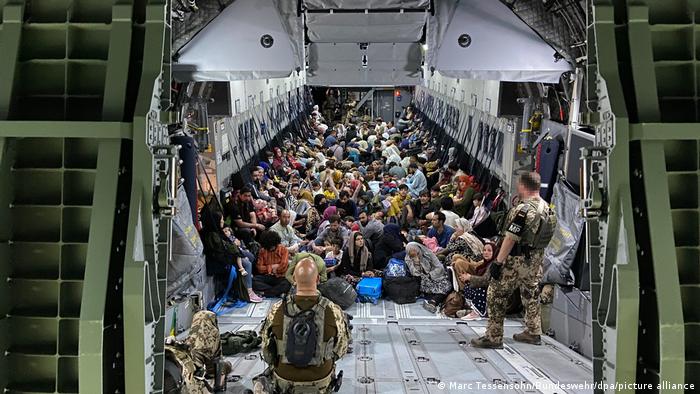 Germany will be concluding its evacuation efforts in Afghanistan

The German military has completed its airlift operations from the Kabul airport, security sources told news agencies Reuters and DPA on Thursday.

The mission ended five days before an August 31 deadline for evacuations and a US troop withdrawal.

Earlier, a spokesperson for the German Defense Ministry told DW that the security situation at the Kabul airport "has deteriorated further and the threat of a terror attack is becoming increasingly concrete."

Through the airlift efforts, Germany's Bundeswehr managed to safely evacuate over 5,100 people, including more than 3,600 Afghans.

It's not clear how many German nationals are still left in the country. The German Foreign Ministry said on Wednesday that some 200 German citizens are still believed to be in Kabul.

The number has even been rising "because people continue to report to us," a  spokesperson said.

Lucas Wehner of the Sponsorship Network for Afghan employees told DW: "History will show this evacuation operation definitely started too late and ends too early, and it's a huge shame for our country and the entire Western forces."

What will happen to those Germany left behind in Afghanistan?

When are other NATO nations ending their operations?

France has announced that it will end its evacuation operations on Friday afternoon.

The UK is planning to end its airlift efforts before US forces depart at the end of the month.

The Netherlands said it will carry out its last evacuation flight from Kabul on Thursday.

Poland and Belgium have already ended their evacuations and withdrawn all military personnel from Afghanistan.

Hungary said its army had evacuated all Hungarian citizens from Afghanistan.

What is the current situation in Kabul?

A suspected suicide bomb exploded outside Kabul airport on Thursday, killing at least 13 people including children, a Taliban official said. Pentagon press spokesman John Kirby confirmed the blast, writing on Twitter, "Casualties are unclear at this time. We will provide additional details when we can."

In the past few days, concerns have been growing about the deteriorating security situation in Kabul, particularly at the airport where thousands of Afghans are scrambling to flee a Taliban-controlled Afghanistan.

On Wednesday evening, the US Embassy in Kabul advised citizens to avoid traveling to the airport and said those already at the gates should leave immediately, citing unspecified "security threats."

The UK also advised people in the airport area to leave, warning of a potential attack by the so-called Islamic State terror outfit.

Despite the warnings, reports suggest that areas outside the airport continue to be crowded.

Why is there an August 31 deadline to end evacuations?

US President Joe Biden announced a plan to end evacuations by August 31.

Washington's NATO allies had tried to persuade him to extend airlift operations beyond that date. Those appeals ultimately failed.
In a session of virtual talks involving leaders of the Group of Seven (G-7) countries, Biden held firm and said the risk of terror attacks presented too great a threat to remain beyond the deadline. 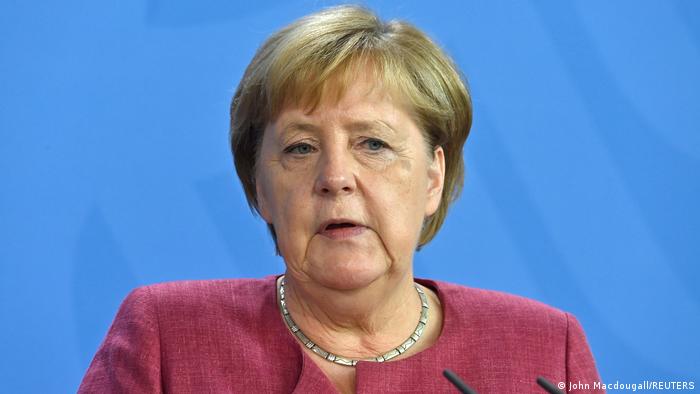 German Chancellor Angela Merkel was among the US allies who said continuing evacuations without US troop presence would be impossible. "Without the United States of America, for example, we — the others — cannot continue the evacuation mission," Merkel told reporters after the event.

British Prime Minister Boris Johnson said: "We will go on right up until the last moment that we can." Johnson had been pushing for the cut-off date to be put back.

What the Taliban leadership has said about the deadline

The Taliban leadership would also not budge on the deadline date, saying "no extensions" would be accepted.

This emerged from the Islamic fundamentalist group's talks with CIA chief William Burns on Monday.

Thousands of people have been flocking to Hamid Karzai International Airport in Kabul, hoping to get on evacuation flights. There have been reports of Taliban atrocities since seizing the capital, and many fear the militant group will exact revenge on those who helped US and NATO forces during the 20-year war.

German President Frank-Walter Steinmeier has described scenes of desperate civilians at Kabul airport as "shameful" for the West. He said Germany shared responsibility for what had transpired.