The US withdrawal and rapid deterioration of the security situation in Afghanistan has prompted criticism among some NATO alliance members. 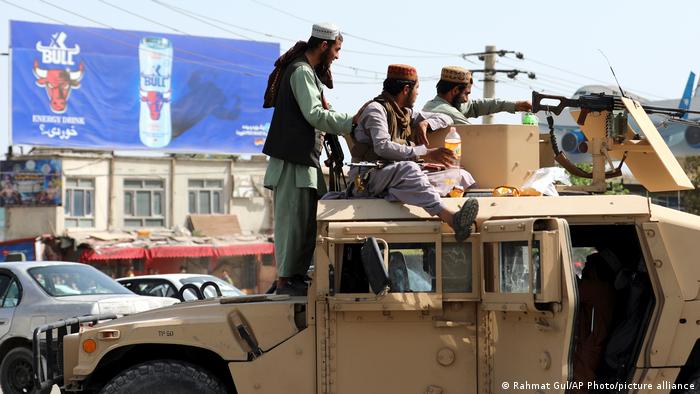 Senior politicians in NATO countries that supported the US-led operation in Afghanistan expressed concern about the speed with which the fall of the capital occurred, as dramatic scenes unfolded in Kabul on Monday.

It also comes as several countries work to evacuate their diplomatic staff from Kabul's airport.

Among those who were critical was the head of Chancellor Angela Merkel's Christian Democrats (CDU), Armin Laschet.

Laschet, who is running to succeed Merkel in national elections next month, said the withdrawal was an embarrassment to the alliance and that lessons needed to be learned.

"It is evident that this engagement of the international community was not successful."

"It is the biggest debacle that NATO has suffered since its founding, and we're standing before an epochal change."

Laschet said the focus at the moment had to be on the German military's evacuation operation from Afghanistan. "But we will talk about the causes and conclusions drawn after this rescue mission — a no holds barred analysis of errors in Germany, with our allies and in the international community," he said.

Earlier, Merkel was reported to have attributed the US withdrawal to domestic political reasons.

At a meeting with her CDU-CSU party leadership, sources cited Merkel as saying NATO's decision to pull out after almost two decades of deployment was "ultimately made by the Americans."

"We have always said, if the Americans stay, we will also stay," she said, according to participants at the meeting. "The troop withdrawal sparked a domino effect" that culminated in the Taliban sweeping back into power, Merkel said.

The UK's Defense Secretary Ben Wallace said the Taliban's takeover of Afghanistan represented a "failure of the international community."

"All of us know that Afghanistan is not finished. It's an unfinished problem for the world, and the world needs to help it," he told BBC television.

Wallace maintained that the intervention in Afghanistan had not been a total waste, but he accused Western powers of being politically short-sighted.

Former US national security adviser HR McMaster accused his country of "willful ignorance" for its failure to anticipate the swift collapse.

McMaster, sacked by ex-president Donald Trump in 2018, said the withdrawal deal secured with the Taliban by his former boss in 2020 had been a mistake that weakened the Afghan government and strengthened the insurgents.

"We stood idly by and we turned a blind eye," he said. "This was utterly predictable."

Meanwhile, John Bolton, who replaced McMaster before also being fired by Trump, said the withdrawal made the United States look like "suckers" to those in power in Beijing, Moscow, Tehran and Pyongyang.