Five years after Fukushima, the so-called nuclear energy exit is no longer controversial in Germany. Observers abroad have reacted to the move with a mix of astonishment and admiration, says Jens Thurau. 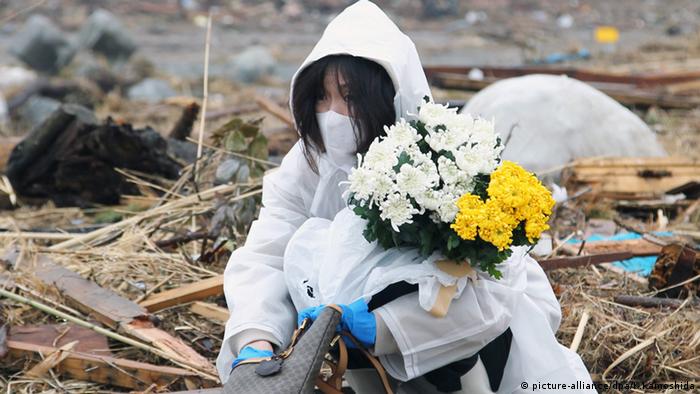 Recently in Berlin: An evening discussion on the energy transition. Speakers include: A former environmental minister from the Christian Democratic Union (CDU), a business representative, and an environmentalist. They are talking about wind turbines and opposition to them, about an overabundance of coal-fired power plants and the greenhouse gasses that they emit.

Only occasionally does the subject of nuclear energy garner mention. When it does, it sounds as if one is bringing up the past in order to learn for the future. No one wants to talk about nuclear energy anymore. There are still eight nuclear power plants on the German energy grid; once there were almost twenty. In six years the last eight will also have been shut down. No more controversies in parliament, no more public debates. It is easy to overlook the fact that a special commission is discussing just how much it will cost to dismantle what is left of Germany's nuclear energy program, and who will have to pay for it. The energy companies? Or will taxpayers get stuck with the bill in the end? It is a debate for insiders.

Things were very different five years ago. Shortly after Chancellor Merkel had extended the right to operate nuclear reactors, Fukushima happened, and Merkel made a breathtaking policy U-turn, announcing that Germany would cease to use nuclear energy in the future. The CDU was not consulted, and grumbling in the party can still be heard today, although it is somewhat muted. Back then, the CDU got its first taste of what it is like when the chancellor feels the time has come to take a clear stance. Today that is the case with the refugee crisis.

Since Fukushima, the energy transition (which existed before) has picked up speed. Germany now gets a third of its energy from renewable sources. Power lines are being erected throughout the country to carry wind energy from the north to the industrial areas of the south. Wind and solar energy subsidies are driving energy prices higher, and making taxpayers mad. But not enough to threaten the endeavor. Some pessimists speak of supply gaps now and again. But the fact is that no country on earth has such a stable energy supply. Everything is fine. We can do it. No commotion, and no ideological accusations like before.

That is all seen differently abroad. Fukushima is primarily thought of as a natural catastrophe in many countries. After a short break, Japan has returned wholeheartedly to nuclear energy. France and America never contemplated doing away with nuclear energy. Of all the countries that have access to nuclear energy, only Germany has taken such drastic action.

In typical German fashion, angst, as well as thoroughness, plays a major role in this fact. Germany, which is notoriously short on sunshine, is investing in solar energy like no other country. "You're not serious are you?" That is what an energy expert from Texas asked last April. At the same time, there was more than a hint of admiration in the query. Klaus Töpfer, generally acknowledged as the doyen of German environmental policy, put it this way: most foreign observers say, "The Germans are crazy, but if anyone can make it work, they can."

And so, Germany continues to busily craft the restructuring of its energy supply. There are many worksites. Billions are being invested. In 2011 and 2012 it was said that the effort would be akin to putting a man on the moon. No one is saying that anymore. The refugee crisis is the new moon shot. Meanwhile, Germany is quietly pioneering energy policy: Those interested in knowing what it costs to dismantle nuclear power plants will soon be able to find out here. As well as what it takes to rebuild an energy system, and all of the problems that arise in doing so. There will be no return to nuclear energy in Germany, Fukushima made sure of that - once and for all.

Have something to say? Add your comments below. The thread to this editorial will close in 24 hours.

Prime Minister Shinzo Abe has said Japan "cannot do without" nuclear power ahead of the fifth anniversary of the earthquake and tsunami. Japan's leader also pledged to bolster decontamination efforts in irradiated areas. (10.03.2016)

Japan's Otsu District Court has defied precedent and ordered one nuclear reactor to shut down and a second to stay offline. Most of Japan's nuclear power plants remain offline, almost five years after Fukushima. (09.03.2016)