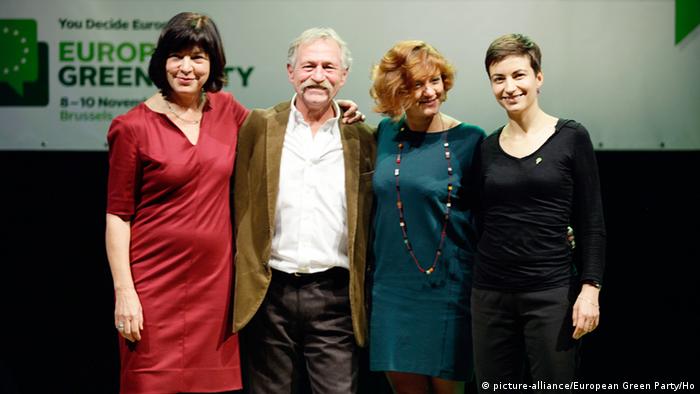 When its four candidates for European elections were unveiled in November, the European Green Party showcased its contenders with an air of optimism. By the time the victors were declared two months later, however, that enthusiasm had deflated. Even the winners, Franziska Keller and Jose Bove, were hardly in a celebratory mood.

Barely more than 22,000 EU citizens used the Green mobilization experiment, "Green Primary," from which the two top Green candidates were selected from four to represent the Greens in the upcoming European elections. With a total of 375 million voters across the EU, the paltry participation numbers were a flop. The Greens had originally set to mobilize 100,000 participants - a far cry from actual turnout.

"With the 'Green Primary' we recognized an important trend, and we implemented it," Reinhard Bütikofer, head of the European Greens, said of the grassroots project. "We wanted to reduce the growing gap between citizens and political institutions, and we succeeded."

Indeed, the concept of online nominations sounded progressive. For three months, EU citizens older than 16 had the opportunity to visit the online platform and select which candidates should represent the Greens in European Parliament. A simple mouse-click confirmed that participants supported the Greens cause. No party membership required, no polls - just politics for everyone from the comfort of home. 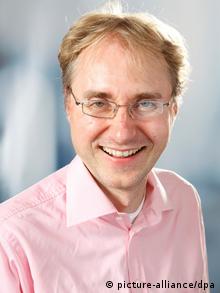 Arzheimer: e-voting is the future of politics

The online vote featured four leading candidates: Monica Frassoni from Italy, Jose Bove from France, and Rebecca Harms and Franziska Keller from Germany. But how were these relatively unknown politicians supposed to lure European voters to the computer? Their strategies for the European elections hardly differed, with the exception that each sets a different priority: Harms for energy politics and anti-nuclear power, Keller for refugee policy and foreign trade. Bove is an accomplished agricultural politician, and Frassoni wants to delegate more power to individual member states.

Despite meager voter participation, political scientist Kai Arzheimer said granting EU citizens the right to co-determine politics with the click of the mouse was an interesting experiment and a step in the right direction.

"It's not surprising that the project didn't take off in the first round," said Arzheimer, adding that those who weren't frequent visitors to the Green Party websites, probably didn't know about the e-voting opportunity. "The Greens need to market it more aggressively, and the media need to report on it more. That would increase participation." The European Green Party had 13,000 euros at its disposal to implement project. "The purpose of this measure was to generate attention. That just didn't work." 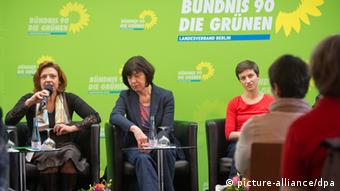 From left: Frassoni, Harms and Keller appeared at the Green Party Primary debate in Berlin

Nevertheless, it would be erroneous to jump to conclusions after the discouraging results the political scientist said.

"Citizens are politically apathetic, but they have become more demanding," said Arzheimer. "They want the opportunity to have a say in matters. Whether they actually follow through is another question."

In other European countries, such as Estonia or Switzerland, e-voting has become the norm. Different voting procedures have been tested throughout the EU for years. In Germany, however, online voting has had a rough start, Arzheimer said. Compared to northern European countries and even the Baltic states, Germans lag far behind when it comes to Internet usage.

"Additionally, there are a lot of concerns (in Germany) because people don't know if the election is secure - whether anonymity can be ensured and whether manipulation can be hindered," he added.

"New tools can not only strengthen the European democracy but can enhance the participation opportunities available for EU citizens," said Julia Reda, chairperson of the Young Pirates of Europe. For the Pirate Party, grassroots online elections are taken for granted. One should keep in mind, she said, that the Green Party's efforts to nominate candidates online is a truly transnational European campaign, not 28 individual national campaigns. 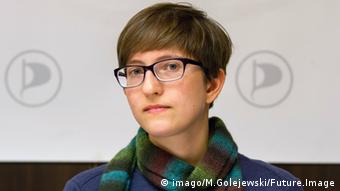 However, one could accuse the Greens of whole process being a sham, Reda said, because it is questionable as to whether the newly elected Keller-Bove duo will actually make it to the European Parliament. The candidates are nominated by the national Green parties and then elected by the EU citizens in the respective countries - in this case, Germany and France. It's an obstacle to the European campaign, Reda added.

This is precisely the project's weakness, admitted Bütikofer, head of the European Green Party in Brussels. The campaign was centrally planned in Brussels but has to be implemented and applied by each country's local Greens, where it is often met with less enthusiasm as each country wants to see their own candidates enter European Parliament.

According to Bütikofer, a genuine European election campaign can only occur with a shared candidate list between the European parties. But for now, the current members of European Parliament are showing little interest in the suggestion.

The European Union only just managed to form a banking union, but all of the other reform steps were delayed until after the European elections in 2014. DW’s Bernd Riegert says that’s a mistake. (20.12.2013)