Unlimited information at the tip of your fingers, a mouse click away: that was the vision of a free, open and worldwide Internet. Meanwhile, many states restrict users by erecting digital fences. 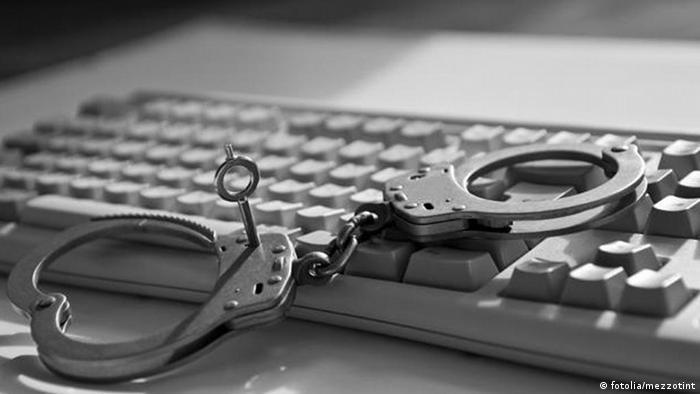 Vinton Cerf, the US computer scientist recognized as one of the fathers of the Internet, says the open Internet is threatened as never before. "A new international battle is brewing - a battle that will determine the future of the Internet."

Cerf is not alone in his prediction. "Yes - the Internet is in danger," Wolfgang Kleinwächter, professor for Internet policies at Aarhus University, told DW.

Censorship is a threat to the free, open and worldwide net - and it comes in many shapes: a government can block specific contents or entire sites; it can restrict connections to ensure that sites will only open slowly, if at all. Users may be forced to give their names when registering IP addresses, and governments create parallel net worlds with national offers of their own to discourage users from seeking out western websites.

From Internet to Intranet

The biggest risk is forcing the borderless Internet into 20th century borders, Kleinwächter warns: the Internet would thus become an Intranet. China has already installed cyber regulations in the form of a "Great Firewall" and Iran has created a "halal" network. 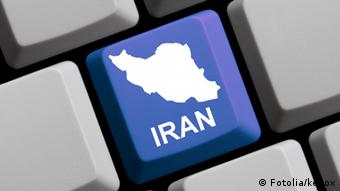 Iran is one of the worst Internet censors

In 2002, four governments restricted access to the net. According to net activists, more than 40 governments now censor the Internet. In August, the Indian government blocked web pages and social media accounts to prevent the spread of rumors about religious strife. The Vietnamese leadership brings bloggers to trial. Even in Ethiopia, where less than 1 percent of the population has Internet access, the government filters websites, blocks connections and monitors e-mails.

Some 29 Internet activists worldwide were killed this year and 127 are in prison, according to the human rights organization Reporters Without Borders. The group says this is a clear breach of the UN Human Rights Council Resolution on Internet Rights, which calls on all states "to promote and facilitate access to the Internet and international cooperation aimed at the development of media and information and communications facilities in all countries."

"That is a fundamental statement," Kleinwächter said, adding it gives the Council a platform to criticize states that argue "online is different - we have to introduce restrictions for reasons of national security."

In the name of national security

The Council can't impose sanctions, Kleinwächter concedes, but it can expose individual states before the world. While this is far from a solution to the problem, he said, it can be quite effective.

"There are very few ISPs - Internet service providers - or countries that have no restrictions at all," says Jermyn Brooks, head of the Global Network Initiative (GNI). "Those restrictions are the result of very careful debate in democratic societies about what few areas of information are regarded as harmful and then can be censored. Child pornography is one. Extreme violence shown on the Internet could be another area." 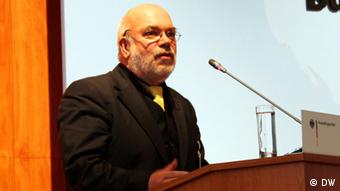 Wolfgang Kleinwächter: The Internet is in danger

The current debate about the video mocking the Islamic prophet Muhammad, which is available on the Internet and which was blamed for triggering violent protests throughout the Muslim world, is an example. Some states are vowing to ban the video or sites that make it available.

Swedenis a model online country: about 90 percent of all households have access to the Internet. The government offers numerous services online. The country heads the "Web Index," the world's first measure of the web's growth, utility and impact on people in 61 countries.

Yet even Sweden blocks some websites on the net: pages containing child pornography, for instance, are placed on a blacklist. While this may be a noble goal, activists criticize that those blacklists are not being compiled in a transparent way. Another point of criticism is that Sweden, along with other countries in the EU, has decided to store user data for six month even if there's no immediate suspicion.

But this data preservation doesn't mean that the Swedish system is as bad as in undemocratic countries, said Frank Belfrage, Sweden's deputy foreign minister. "Those regimes which use the Internet to monitor the individual - what they are after is to protect non-democratic societies. And there we of course have a total clash in terms of opinion."

For some companies in the west, selling surveillance technologies is a lucrative business: technologies that allow you to spy on computers and monitor the users. "Western countries are not limiting that trade. They are not putting any restrictions on what technology can go where. And that is a huge problem," warned Eric King of Privacy International, an NGO that is trying to monitor the export of surveillance technology.

A specialist in computer privacy, who prefers to remain anonymous, tells the story of Iranian activists: Their computers were hacked into, the data was passed on to the government - using a program developed in Germany and sold by a British company. Privacy International is calling for a ban on such exports - but politicians are hesitant.

"What's important to us is that this debate is getting kick-started and that we will then come to some results," Kleinwächter said.

But there is also some good news: In China, for instance, about 10 percent of the users do mange to circumvent the regime's censorship and gain free access to the Internet. They use proxy servers or encoded networks. The TOR network, for instance, enables users to remain incognito on the web.

There won't be any swift changes, Brooks said. "But over time, particularly if one can show these countries model laws and explain whey those model laws will be to their economic advantage, then I think we have opportunities to move in the right direction."