Obama to tour Asia amid rising regional tensions | Asia| An in-depth look at news from across the continent | DW | 19.02.2014

Six months after scrapping a trip to the region, US President Obama has announced a four-nation tour of Asia aimed at quelling doubts about his commitment to a part of the world increasingly marked by security tensions. 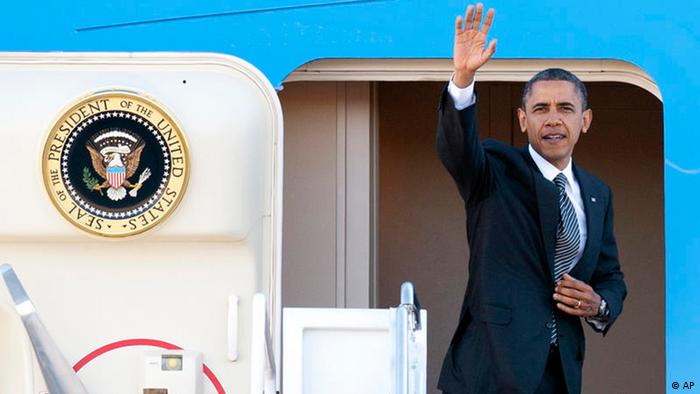 Barack Obama is set to travel to Japan, South Korea, Malaysia and the Philippines in late April "as part of his ongoing commitment to increase American diplomatic, economic and security engagement with countries in the Asia-Pacific region," according to a White House statement.

The trip is viewed by analysts as an opportunity for the US administration to mitigate the diplomatic damage caused by Obama's cancellation of three trips to the region during his presidency, which has led some to raise doubts about Washington's declared foreign policy pivot to Asia and its expected role as a balancing power to an increasingly assertive China.

"While political leaders in Asia have shown understanding for the domestic political pressures the president has been facing, Obama's repeated cancellations of Asia tours have sent a signal that the region is not at the top of political priorities for the US," said Rajiv Biswas, the chief Asia economist of the analytics firm IHS.

The president's upcoming tour of four East Asian nations is aimed at quelling such doubts and showing that Washington is serious about building closer economic and military ties with a region that has become increasingly influential in world affairs, but also increasingly marked by regional rivalry and territorial disputes. 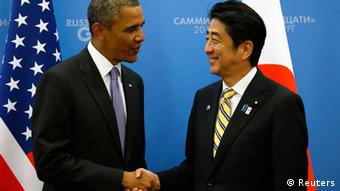 Obama's first stop will be Japan, where he is set to meet Prime Minister Shinzo Abe to discuss economic matters such as the Trans-Pacific Partnership or TPP, an ambitious free trade agreement being negotiated by 12 nations, including Japan, which make up around 40 percent of global gross domestic product.

However, the attempt to open markets and enhance trade between some of the region's largest economies may be jeopardized by opposition from Obama's own Democratic Party due to concerns that the pact might lead to job losses in the US. Economist Biswas explains the Democrats in the US Congress have been under considerable pressure from farm sector lobby groups to halt the pace of liberalization in agricultural trade as farmers fear it would disadvantage them.

This is why the US administration, which aims to finalize the TPP agreement by the end of this year, has been putting pressure on Tokyo to abolish tariffs on rice, beef, pork, dairy products, wheat and sugar.

Beyond economics and trade, the growing regional rivalry and security tensions are also expected to figure prominently in the discussions between the two leaders. China's increasing economic and military clout combined with its territorial claims in East and South China Seas have strained Beijing's relations with its neighbors, including Tokyo.

Japan has been on high alert ever since China unilaterally declared an air defense identification zone stretching over a chain of disputed islands, known as Diaoyu in China and Senkaku in Japan, which both nations claim as their own. 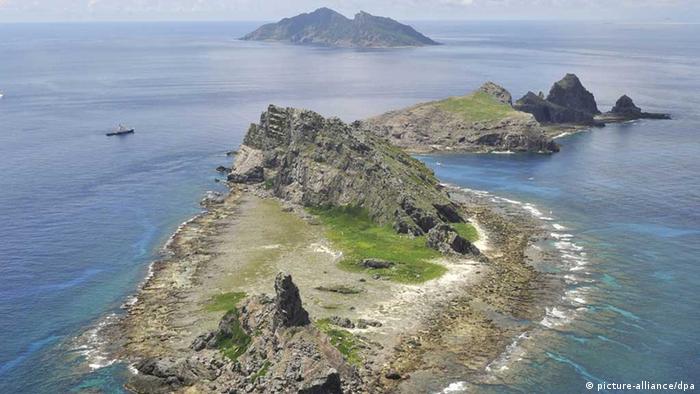 Tensions have also been mounting over Abe's attempts to revise Japan's US-imposed postwar pacifist constitution that would enable the nation's Self-Defense Forces (SDF) to become a full-fledged military.

This push has sparked an uproar in countries that suffered under Japanese occupation during World War II such as South Korea, another key American ally in the region and the second stop on Obama's itinerary.

Barack Obama's cancelation of a key trip to Southeast Asia raises doubts over Washington's commitment to the region. Experts say the US president's absence might boost China's attempt to gain clout in the Asia-Pacific. (08.10.2013)

Japan is its number-one ally and China is viewed with caution - Asian countries are and have been key in US foreign policy, even before former US Secretary of State Hillary Clinton spoke of the US' 'pivot to Asia.' (09.04.2013)

Obama's absence in Asia 'puts Xi in the limelight'

Washington has dismissed the notion that president Obama's cancelation of a key trip would weaken US commitment to Asia. But his absence enabled Chinese president Xi to take center stage, says analyst Rajiv Biswas. (08.10.2013)

In Seoul, the US president and his South Korean counterpart Park Geun-hye are set to engage in talks about the implementation of a free trade agreement and review recent developments in North Korea.

Relations between the two Koreas have remained volatile after deteriorating considerably following North Korea's third nuclear weapons test carried out last year despite international sanctions. "Obama is expected to reinforce the US commitment to the defense of South Korea from any military threat from the North Korean dictatorship," said Biswas.

The US leader will then set off for Southeast Asia, a fast-growing region that is both economically and strategically important for Washington. In Malaysia, the president is scheduled to meet with Prime Minister Najib Razak to discuss economic and defense ties. "Bilateral economic relations will be a key focus, with bilateral trade having reached 40 billion USD in 2013," said Biswas.

The final leg of the president's tour will be the Philippines, a long-standing US ally and a country also embroiled in disputes with Beijing in the South China Sea. Both countries claim sovereignty over vast swaths of territory believed to be rich in oil and gas resources.

Military aid and trade are expected to be high on the agenda when the US and Philippine presidents meet, said Steven Rood, The Asia Foundation's representative in the Philippines. Obama's visit is likely to increase momentum for a bilateral security deal that would enable greater US military presence in the South China Sea, where the US is concerned about the need to protect freedom of navigation in international shipping lanes.

Recent surveys show that Filipinos' trust in America has reached an all-time high following the US military's humanitarian assistance mission after the devastating typhoon Haiyan. Experts argue this wave of support could prove instrumental for the stationing of American troops in the country. 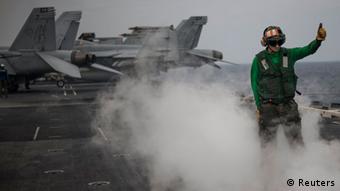 Rood points out, however, that Washington is not seeking any military bases in the Philippines, but rather access to facilities that it would need in times of crises or disasters. "The US is more concerned with a rules-based system than specifically countering China. To this end it supports, for instance, a Code of Conduct to be negotiated between Southeast Asian countries and China," the analyst told DW.

Many believe that Obama's cancellation of his Southeast Asia tour because of US government shutdown last October indicates a tendency for the United States to get distracted from foreign affairs and a lack of true commitment to its strategic pivot to Asia. The president now has a chance to put a lid on these doubts.