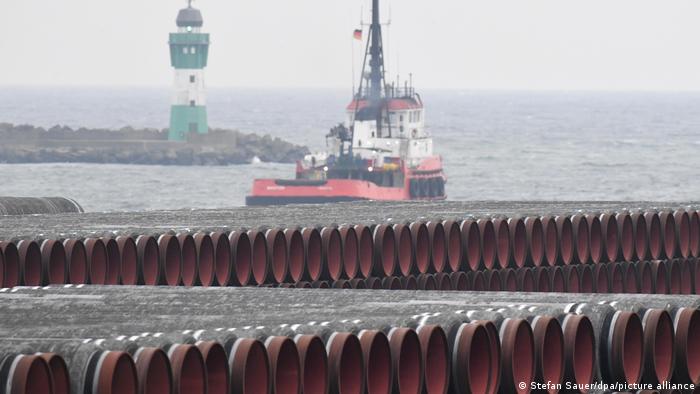 A statement from the agency gave approval for an anchor-position vessel to operate in German waters, reversing a decision that work could only begin again in May.

However, local media said the restart could still be delayed by legal action from environmental groups as the remaining stretch of the pipeline runs through the edge of a conservation area for birds.

BSH has limited construction work to a maximum of 30 days per construction phase, each of which must be followed by a 14-day break.

Nord Stream 2 AG said despite the approval, work in German waters was unlikely to resume immediately.

"We will probably not be able to estimate more precisely when we will start laying pipes until the end of January or beginning of February," a spokesman for the firm told the business daily Handelsblatt:

Construction of the Baltic Sea pipeline, which is reported to be more than 90% complete, was suspended last year after the United States imposed sanctions, a decision criticized by both Germany and the European Union.

Washington said the pipeline would threaten the EU's security by increasing the bloc's dependence on Russia, while Berlin has insisted it will create a direct and secure energy supply.

Work on the Danish island of Bornholm, where two Swiss laying vessels were operating, stopped as a result of the threat of penalties.

The Russian-led company behind the project later insisted it would continue the project alone, and on Friday, its Fortuna pipe-laying vessel arrived in the Baltic Sea off Rostock.

Danish authorities said Friday they were due to carry out preparatory work and tests with the help of the ship.

Earlier this month, US lawmakers agreed to extend sanctions on Nord Stream 2, just as Moscow vowed to restart construction.

The Gazprom-led consortium behind Nord Stream 2 says 2,300 kilometers of the double pipeline are now complete. A further 150 kilometers must be finished, most of which are in Danish waters.