Work on the pipeline that runs from Russia to Germany via the Baltic Sea was suspended last year after sanctions from the United States. Construction of the project is reported to be more than 90% complete 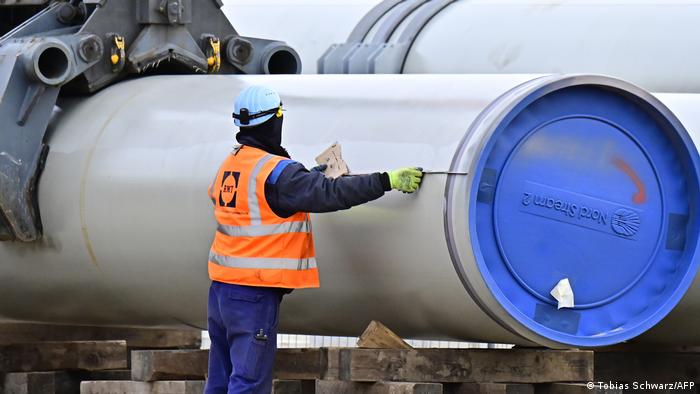 Work has resumed on the Nord Stream 2 pipeline, which is to double the capacity of natural gas transported from Russia to Germany, a spokesman for the project said on Friday.

Construction of the Baltic Sea pipeline, which is reported to be more than 90% complete, was suspended last year after the United States imposed sanctions, a decision decried by both Germany and the European Union. Washington said the pipeline would threaten the EU's security by increasing the bloc's dependence on Russia.

Earlier this month, US lawmakers agreed to extend those sanctions on companies involved in Nord Stream 2, just as the Russian-led company behind the project vowed to restart construction.

The first sanctions bill in December 2019 prompted a halt to the project, specifically construction work on the Danish island of Bornholm, where two Swiss laying vessels ceased their work after pressure from the US.

Opponents of the pipeline, including the US, Poland and Ukraine, say the it will give Russia an economic stranglehold over Germany, while the German government says it will create a direct and secure energy supply.

Most Germans pleased with Joe Biden's win in US election

A vast majority of Germans were pleased that Joe Biden defeated Donald Trump in the US presidential election, according to a new survey. Most also thought US-German relations would improve during Biden's presidency.