NATO's leader has warned that Europe's security could be compromised by Russia's decision to exit a Cold War-era treaty. Russia has accused the US and its allies of stoking tensions, saying it is "ready for all options." 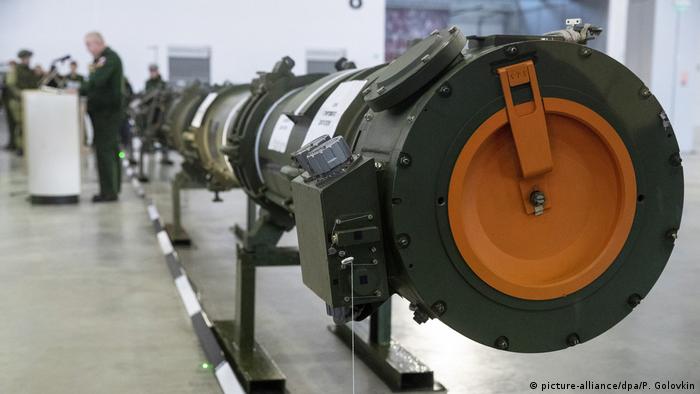 NATO Secretary-General Jens Stoltenberg on Wednesday said that the alliance was considering ways to bolster defenses against the threat of new Russian missile systems if Moscow fails to comply with the Intermediate-Range Nuclear Forces Treaty (INF) by August.

The INF has been a cornerstone of European nuclear security since it was ratified by the US and the Soviet Union in 1987. However, its future remains uncertain after the US announced its decision to withdraw from the accord by August 2, citing Russian violations.

The INF treaty bans the production, testing, and deployment of ballistic and land-based cruise missiles with a range from 500-5,500 kilometers. Russia has accused the US of violating the treaty.

Speaking after a NATO defense ministers meeting, Stoltenberg underscored the threat posed by the SSC-8. "These missiles are capable of carrying nuclear warheads," he said. "They can reach European cities within minutes. They are hard to detect."

He said NATO members would prefer Russia honor the treaty, but warned that the alliance "is preparing for a world without the INF treaty."

"Russia's choice is simple: Return to compliance and uphold its arms control commitments, or continue its irresponsible and dangerous behavior and bear full responsibility for the collapse of the treaty."

No new nukes in Europe

Stoltenberg stressed that any steps would be "measured and defensive," and was clear that NATO had "no intention to deploy new land-based nuclear missiles in Europe." He said the alliance was determined to present a credible deterrent, but not start a new arms race.

"The most important thing is unity within NATO," Von der Leyen said.

But not everyone was happy with the announcement. Russia Deputy Foreign Minister Sergei Ryabkov warned that the Kremlin is "ready for all options" in comments carried by state-owned news agency TASS. The INF standoff "certainly lies with the US and its allies."

NATO has invited Russia's envoy to attend next week's talks about the situation. Moscow has yet to confirm whether he will participate.