The US is suspending its participation in the INF treaty, with an eye to full withdrawal in six months. That does not bode well for the future — and especially not for peace in Europe, warns Max Hofmann. 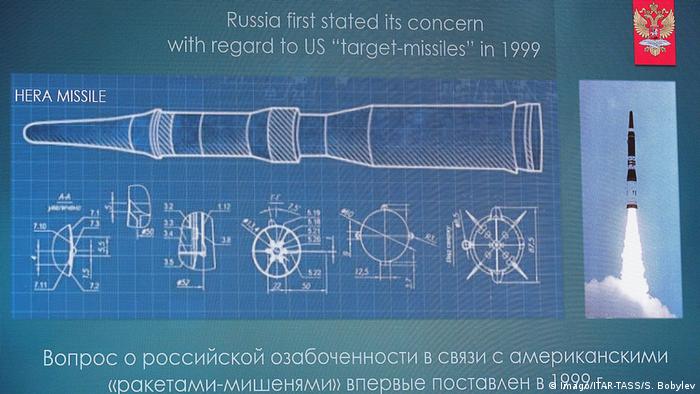 The United States has announced it is suspending its participation in the Intermediate Range Nuclear Forces (INF) Treaty as of February 2, and will permanently abandon the agreement in August of this year unless Russia returns to compliance. Judging by the information available about Russia's new 9M729 missiles, which apparently violate the treaty's provisions, that is hardly surprising. Indeed, several western intelligence agencies have independently confirmed to DW that these weapons do indeed violate the treaty. But is abandoning the INF treaty really such a good idea?

World politics has become more volatile since US President Donald Trump assumed office. Now, with the INF treaty about to unravel, a crucial safety mechanism will vanish — with no viable follow-up treaty in sight. The US and Russia, meanwhile, would be happy to see China bound by a new arms treaty — it is not party to any such agreement, and has been building up its military in recent years. Russia in particular feels threatened by its neighbor's military advances, which is why it is relying on land-based, medium-range missiles to project military might towards the Middle Kingdom.

From a strategic perspective, Russia makes a compelling argument. The US, meanwhile, is similarly concerned about China's growing military expenditures and capabilities. But how on Earth will withdrawing from the INF treaty ameliorate this situation? The US, like Russia, is recklessly endangering world peace and playing with fire.

Everyone is talking about how climate change could bring an end to humanity. That may well be true, but a possible new arms race between the US and Russia, alongside the new military superpower China, certainly does not make for a particularly promising future, either. During the Cold War era, Europeans were at the mercy of both superpowers and the continent could have turned into a battlefield at any moment. We were lucky to never experience nuclear war, even though the world came precariously close during the 1962 Cuban Missile Crisis. Fortunately, US President John F. Kennedy and Soviet leader Nikita Khrushchev were cool-headed enough to avert this catastrophe.

Politicians of this older, more rational school appear to be exceedingly rare these days. Thankfully, Trump has so far largely refrained from getting involved in military matters and has merely insisted NATO members increase their defense spending. But with the INF treaty on its last legs, that is about to end. Trump's Russian counterpart, Vladimir Putin, is not one to shy away from confrontation, either. But while Russia can credibly claim to feel threatened by China, it is entirely unclear why it is also aiming its medium-range missiles at Europe.

The days of the INF treaty are numbered. Which leaves the New Strategic Arms Reduction Treaty (New START) agreement as the only strategic nuclear disarmament deal in force today. But it expires in 2020, which will necessitate a brand new agreement to regulate the world's nuclear arsenals. This is paramount as more and more small countries are also pursuing nuclear weapons programs of their own.

By scrapping nuclear arms controls, global decision-makers are turning our world into a truly frightening place to live. Granted, most Europeans do not worry all that much — but most of them never experienced war firsthand, either. And that's a wonderful thing.  But the chances of it remaining that way have diminished with the US withdrawal and looming death of the INF treaty. Humans are forgetful. Nations and leaders eventually forget the horrors of previous wars and then recklessly risk new bloodshed. The US and Russia urgently need to realize just how much is at stake right now.

German COVID rate soars to highest level since May 0m ago

Opinion: No far-right publishers at the Frankfurt Book Fair, please! 23h ago