Europeans aghast as end to INF treaty looms | Europe | News and current affairs from around the continent | DW | 01.02.2019

EU leaders are concerned that the US withdrawal from the INF treaty could spark a new arms race. Can Russia and the US be convinced to resume talks? 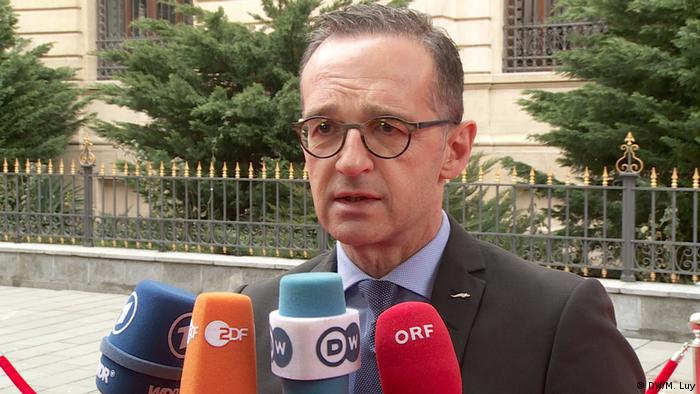 German Foreign Minister Heiko Maas has shuttled between Moscow and Washington in recent weeks to preserve the treaty — so far, to no avail

The US has announced it will withdraw from the Cold War-era Intermediate Range Nuclear Forces (INF) treaty on 2 August 2019, blaming Russia for violating the agreement. EU foreign ministers, meanwhile, are unsure how to react. Some fear the beginning of a new arms race, while others urge the US and Russia to do everything in their power to save the treaty. So far, however, no concrete steps have been taken towards this end.

Over the past weeks, German Foreign Minister Heiko Maas has endeavored to save the deal. He traveled to Moscow to discuss the matter with his Russian counterpart Sergey Lavrov, but to no avail; his talks in Washington proved similarly fruitless. Perhaps German Chancellor Angela Merkel, who posses far greater experience and international clout, could take up the matter with Russian President Vladimir Putin to see whether there is any chance Russia and the US might resume talks.

Foreign Minister Maas has suggested Berlin's disarmament conference in March could provide a forum for such talks — even though the summit officially focuses on threats posed by armed drones, killer robots and such. Mass has said China should be included in any negotiations, as it significantly contributes to the global arms race. Indeed, Mass hopes the conference could mark a first step towards fleshing out all new disarmament treaties, though it is unclear if the major military powers will even attend the summit.

Despite the gloomy prospects, Maas does not believe history will repeat itself. "The Cold War is history," he said in Bucharest, where he was attending talks with fellow EU foreign ministers. "Solutions from that era are totally unsuited to today's challenges," he added. But his predecessor, Sigmar Gabriel, is not so certain. He told German daily Tagesspiegel that the end of the INF treaty poses an imminent danger to the EU, which could divide the bloc and undermine its shared foreign and security agenda.

This is because the EU's eastern members worry whether their western partners would come to their defense in case of a Russian attack. They want the EU to station more troops to ensure their security. At the same time, he said, the EU must urge the US to allows its nuclear arsenal to be inspected as a sign of goodwill to convince Russia to follow suit. 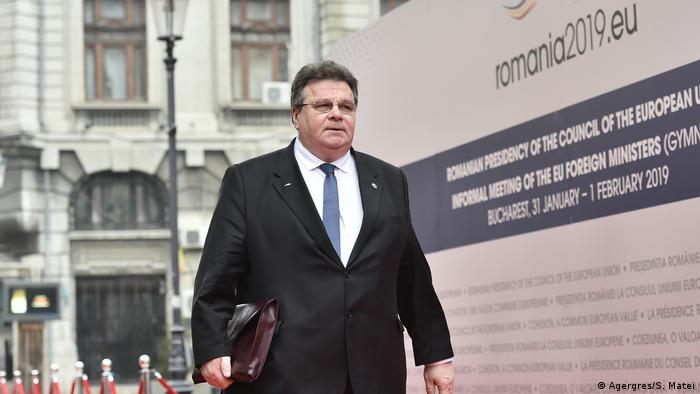 Lithuanian Foreign Minister Linas Antanas Linkevicius, meanwhile, has no doubt who is responsible for the current crisis, saying that for years there has been "clear evidence" of Russia violating the treaty. He said the US has tried and failed to get Russia to comply with the treaty, and that the Russians are violating a whole host of other agreements as well.

To Linkevicius, losing such a treaty means "less stability, more uncertainty." Yet he wonders what viable alternatives are on the table. He accuses Russia of permanently crossing red lines. Indeed, Lithuania and the other Baltic states, along with Poland, have long complained of Russia's militaristic stance and expressed openness to American medium-range missiles being stationed in their countries.

Luxembourg's Foreign Minister Jean Asselborn does not mince words, either: "Geographically, we are the ones who suffer if armament is back on the agenda." Asselborn said the EU has no choice but to act as mediator between the US and Russia, as the bloc is caught between the two powers. However, Asselborn warned, debates over a new arms race could further polarize and weaken the bloc.

EU foreign policy chief Federica Mogherini, in turn, stressed that Europe has greatly benefited from the security guaranteed by the INF treaty, and thus has the most to lose. "What we definitely don't want to see is our continent going back to being a battlefield or a place where other superpowers confront each other. This belongs to a faraway history." She summarized both the hopes and fears of the EU: "We definitely don't want to even consider the possibility of going backwards along this path."

European Union leaders say sabotage is most likely to blame for major leaks on the Nord Stream pipelines that are sending plumes of gas into the Baltic Sea. Scientists recorded undersea explosions shortly before the three leaks were detected.