NATO chief Jens Stoltenberg said Russian violations of the 1987 nuclear treaty with the US meant it was no longer effective. He was speaking ahead of major Trident Juncture NATO exercises in Norway. 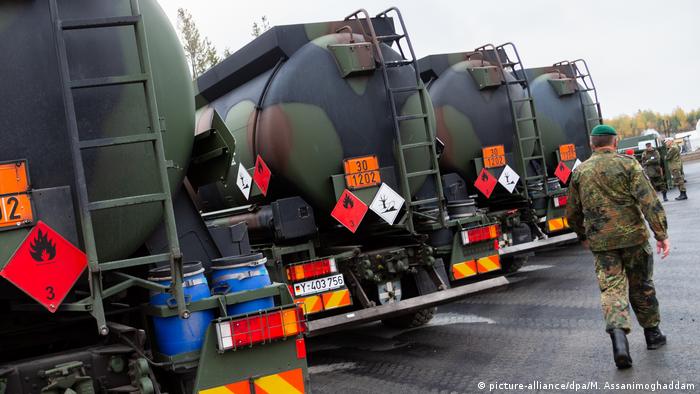 NATO Secretary-General Jens Stoltenberg spoke on Wednesday for the first time since President Donald Trump said he was withdrawing the US from the Intermediate-Range Nuclear Forces (INF) Treaty, citing Russian noncompliance.

At a press conference in Brussels, Stoltenberg said the US was complying with the arms control treaty, but the problem was Russia. The treaty could not be effective if only one side was respecting it, he said. NATO was still assessing the implications of the US decision. 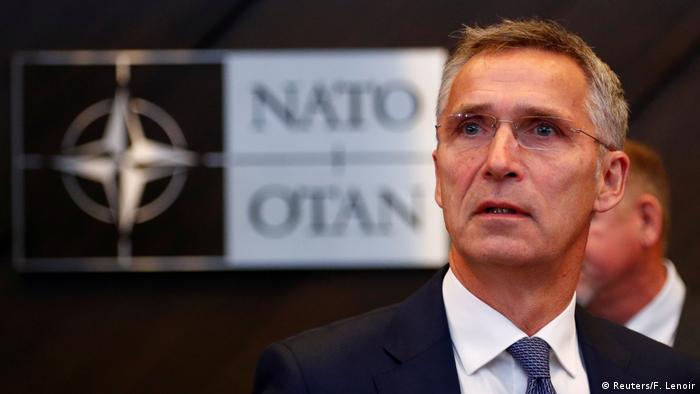 The Intermediate-Range Nuclear Forces Treaty (INF Treaty) was signed in 1987 as an arms control agreement between the United States and the then Soviet Union. It came into force in 1988 and eliminated all nuclear and conventional missiles, as well as their launchers, with a range of 500 to 1,000 kilometers (310 to 620 miles) and 1,000 to 5,500 kilometers. It did not cover sea-launched missiles. By 1991, 2,692 missiles had been dismantled.

Stoltenberg said "we don't have an effective INF Treaty" due to the violations by Russia. "It is not something that can go on," he said.

DW correspondent in Brussels Teri Schultz, who attended the conference in Brussels on Wednesday, said that Stoltenberg did not believe there would be new nuclear weapons stations in Europe as a result of the US withdrawal from the treaty with Russia. "I don't foresee that European allies will deploy more nuclear weapons as a response," he said.

Stoltenberg was speaking ahead of the largest NATO joint exercises in years. Trident Juncture 2018 is being held in Norway with 50,000 personnel from 31 countries, including Finland and Sweden, in land and sea manoeuvers. About 10,000 vehicles and 150 aircraft will be involved in exercises based around the defense of the Nordic state against an imagined attack.

The cost of Germany's participation has been estimated at €90 million ($102 million).

Among the 65 ships participating, the USS Harry S Truman became part of the first US carrier to sail in Norwegian waters since 1987:

The Canadian army is bringing over 200 vehicles to join the exercises:

The exercises are due to run until November 7.

The strategic rivalry between the US and China in the Asia Pacific could heat up if both sides develop new nuclear weapons. Chinese media are already calling for Beijing to expand its nuclear deterrence capability. (23.10.2018)