Narendra Modi is undermining the ′idea of India′: Shashi Tharoor | Asia| An in-depth look at news from across the continent | DW | 23.08.2019 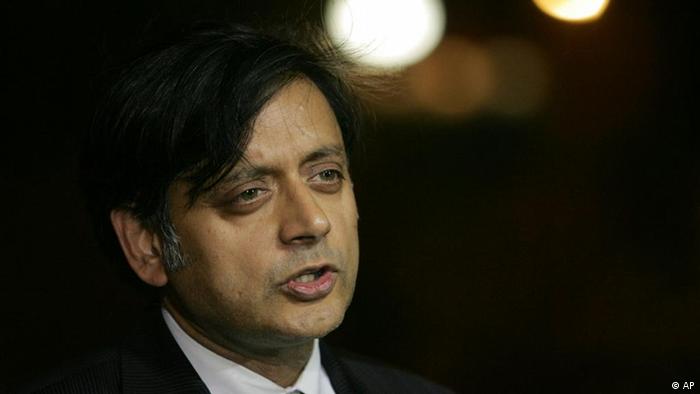 Earlier this month, New Delhi abrogated Article 370 of the Indian constitution, withdrawing Kashmir's autonomous status and relocating its administration to the Indian capital.

The decision, which came as a surprise to many, was accompanied by mass house arrests of local Kashmiri leaders. The local population of India-administered Kashmir also reportedly endured a severe communications and security clampdown.

"The decision on Kashmir is a violation of the spirit of democracy. The Supreme Court may yet find that it did not violate the law, but it definitely violated the spirit," Shashi Tharoor, a member of Indian parliament, told Debarati Guha, DW's Asia head, on the sidelines of an event hosted by the Indian Students' Congress in the German city of Göttingen.

Tharoor criticized New Delhi's harsh measures to keep local Kashmiris at bay as well as the government's unilateral decision to continue plans without speaking with members of the Jammu and Kashmir state assembly.

"It is obvious that it was a deeply worrying act for Indian democracy. Not only because it is a wrong thing in itself, but also because if they can do it to Kashmir today, they can do it to some other state tomorrow," Tharoor underlined.

The liberal politician, who is a senior member of the opposition Indian National Congress party, said that New Delhi's decision "whipped up sentiments of muscle-flexing," and resulted in a display of "national pride and chauvinism" from the country's youth.

Pakistan and India both rule the disputed Himalayan territory of Kashmir in part, but claim it in full. The restive region is a flashpoint between the nuclear-armed archrivals.

Tharoor feels that criticizing Modi's government does not mean that Pakistan and China should be absolved of their responsibility, as the two countries play key roles in the conflict.

"Pakistan, which has committed many demographic, administrative and political crimes in the part [of Kashmir] it occupies, is now criticizing India," he said.

Tharoor claimed that the 97% of Pakistan-administered Kashmir is inhabited by people from its Punjab province and not ethnic Kashmiris.

China, too, has some territorial claims in the area and has condemned Modi's Kashmir measures.

"China on one hand recognize Kashmir as a disputed territory, and on the other hand forced Pakistan to give them large passes in Kashmir in 1962," he said, referring to the 1962 war between India and China.

Tharoor claims that China's and Pakistan's human rights record is worse than that of India. Therefore, he argues, neither Beijing nor Islamabad can "make righteous noise" about the human rights issue in Kashmir.

"Even as an opposition member, my inclination is to rally behind the [national] flag and rally behind my country when it is unfairly attacked," he told DW.

Read more: Trump urges restraint on Kashmir in call with India and Pakistan

Indian economy has 'never been worse'

Tharoor is of the view that as public discourse in India is centered on issues of Hindu-Muslim relations, national security, terrorism, and history, India's current economic downturn has largely been ignored. He cited higher rates of unemployment and falling profits in several industries such as automobile manufacturing.

"There has been never a worse situation for the Indian economy than under PM Modi's government. Yet, no one talks about it, even if they are personally suffering and enduring it," the politician said.

In the past few years, India has witnessed several instances of right-wing lynchings where Muslims were targeted for eating beef or failing to recite Hindu slogans when instructed.

The 'idea of India'

Tharoor said he believes in the "idea of India," which was envisioned by Rabindranath Tagore, a Bengali poet and Nobel laureate, in the early 20th century.

"The moral character of the country is deeply affected by this rampant bigotry spread by the people in power. And this kind of bigotry in secularism is in many ways foreign to the idea of India that came through the freedom struggle," he said.

Both India and Pakistan gained independence from British rule in 1947.

"Pakistan was created on the basis of one religion by a set of people. But the other set of people like Jawaharlal Nehru, Mahatma Gandhi, B R Ambedkar, Moulana Azad said, 'No, our freedom struggle is for people from every religion, every background, every language, every color, and that our country must be for everyone," Tharoor stressed.

"I think in India we need more than tolerance because our diversity is so rooted. We need to accept the other – other ways of worship, other colors of skin, other ways of eating food, other ways of speaking languages – all of these is part of who we are. That has been our greatest strength and it will be our failure to undermine this."

How far will China go to support Pakistan's position on Kashmir?

Both India and Pakistan are vying for China's support in the dispute over Kashmir. Experts say that although China is critical of India's move to control the region, it's unlikely to affect economic ties with India. (12.08.2019)

India's prime minister has pledged to "restore Kashmir's past glory," after his decision to strip the region of its statehood. In his Independence Day speech, Modi also promised a fortified military and praised the rich. (15.08.2019)