Unemployment a big worry for Indian PM Modi in election year | Asia | An in-depth look at news from across the continent | DW | 06.02.2019 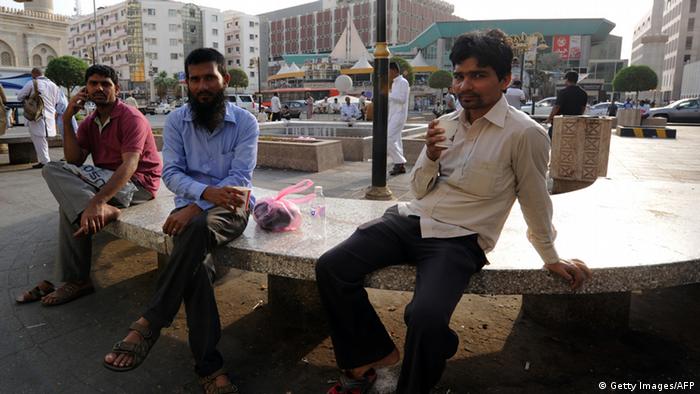 The National Statistical Commission's (NSC), a government-funded advisory body that checks the quality of India's official data, recently reported that the country's unemployment rate was at a 45-year high of 6.1 percent during 2017-18.

For Prime Minister Narendra Modi'sBharatiya Janata Party (BJP), the report comes at a wrong time, especially with the general elections are coming up in May.

The report is significant because it is the first comprehensive study on jobs by an official agency after the government's contentious demonetization announcement of November 2016, which critics described as an epic failure.

Earlier, the Centre for Monitoring Indian Economy (CMIE) had stated that 1.5 million jobs were lost just in the first four months of 2017 - immediately after recalling old currency.

Finance Minister Piyush Goyal chose to remain silent on the issue of job creation in the union budget last week. Indeed, the government went so far as to play down the controversy, claiming that findings were yet to be "verified."

At a hastily convened press conference, officials of the Niti Ayog, a government-run policy think tank, were at pains to explain the report's findings and instead debunked claims of growing joblessness. "This report has not been verified. We are still waiting for sixth-quarter data, in the absence of which we cannot do a quarter-on-quarter comparison. Let us wait till March this year," Rajiv Kumar, Niti Ayog's vice chairman, said, referring to three-month intervals during which statistics on unemployment were gathered.

"We are creating 7-7.8 million jobs, which are enough for the new entrants into the country's workforce. However, we also need to create jobs for people exiting low-productive jobs," the planning group's CEO Amitabh Kant explained.

While the government expressed doubts about the report's accuracy, two members of the NSC resigned after they criticized the government's reluctance to release figures. The NSC's P C Mohanan said, "We were being sidelined. The system is losing its credibility. The report [on employment] not being released in December 2018 is one of the reasons for quitting," he said.

The BJP under Prime Minister Narendra Modi won the elections in 2014 by promising the youth 10 million jobs a year, but little has changed since then. "Most people in India are unemployed, or perhaps misemployed, and employment guarantee is still a distant dream," Jean Dreze, a development economist and activist, told DW.

Many of the government's key programs such as "Make in India," "Start Up India" and "Skill India" that were supposed to be potential game changers have done little to drag the youth out of unemployment. Additionally, policies like demonetizationand the Goods and Services Tax (GST) have not gone down well with many people.

"The BJP-led government has messed up the Indian economy. The ill-considered demonetization move and hastily implemented Goods and Services Tax have destroyed small scale enterprises. People are not going to forget easily," Sitaram Yechury, leader of the Communist Party of India (Marxist), told DW.

President of the Indian National Congress (INC), Rahul Gandhi, has also targeted the government for its inability to deliver. "The PM promised us 20 million jobs a year. Five years later, his leaked job creation report card reveals a national disaster. Unemployment is at its highest in 45 years," Gandhi tweeted.

Lately, the BJP has been trying to woo voters by releasing an annual budget tailored to please farmers, the informal workforce and the middle class, which will get a much-needed tax break, but critics say all these measures could be too little, too late.