My Europe: Rekindle the trans-Atlantic love story! | Europe| News and current affairs from around the continent | DW | 09.12.2018

America will survive beyond Donald Trump's presidency — and so should the trans-Atlantic relationship, writes Romanian analyst Radu Magdin. With its complex geopolitics, Eastern Europe plays a key role in this context. 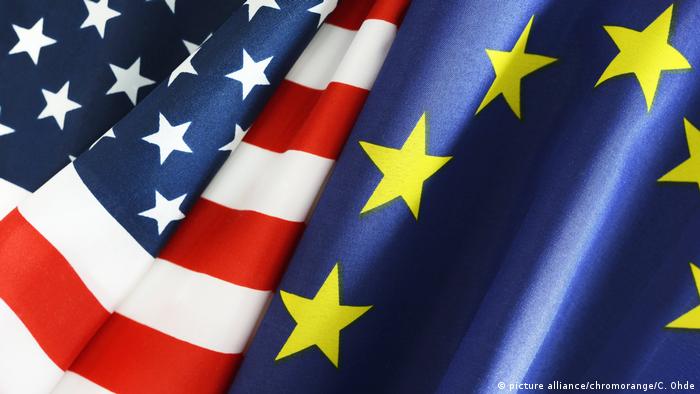 Power politics on the two flanks of the Atlantic seems to swing between farce and drama: Who needs to factor China and Russia in when the differences within the West are so apparent and the trust is so low? However, with the Russian aggression in the Sea of Azov, we are reminded of what truly matters. Could a new fruitful US-EU equilibrium be found?

At no point after the Cold War was the West in more need of a new major project. We could easily draft a list with at least four or five main points, starting with basics such as maintaining NATO strong and a prosperous trans-Atlantic relation via a renewed TTIP. Rebuilding confidence often requires small but meaningful projects. Eastern Europe could offer solutions. The growing perception in geopolitical circles is that the East is up for grabs. After having been frozen for most of the last thirty years, great power competition in this part of the world is now reinserting itself on top of the agenda. And this requires the West to act.

It is so easy for the West to be paralyzed by its own attempts to find a new equilibrium. As former German Foreign Minister Sigmar Gabriel put it in an interview with Ian Bremmer: Today Europe cannot live with Donald Trump, but it also cannot live without the US. However, the architects of a new trans-Atlantic relationship should not ignore what happens between the Adriatic, the Baltic and Black Sea. Recent crises have shown that a resolute intervention in the early stages could do wonders, rather than dealing with the consequences of inaction.

Read more: Macron and the eastern EU states must get past their headaches 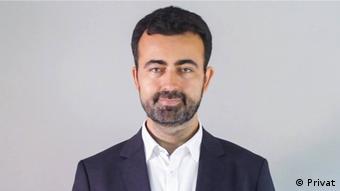 The Americans continue to do their fair share in the region and seem to understand not only the economic stakes, but also the political and military ones. More is expected in the region from Brussels and Berlin.

As the epicenters of European politics, they should pay close attention to the great power competition surrounding Eastern Europe. After all, many countries of this region are EU members, and the immediate neighborhood also plays an important role. Different regional cooperation formats point at various new forms of political aggregation, representing a prefiguration of possible new alliances.

The Chinese charm offensive is in full swing and the 16+1 format (a platform to deepen cooperation between China and 16 Central and Eastern European countries) is only an umbrella for a string of bilateral relations built around key investment projects which seem politically innocuous.

The Three Seas Summit Initiative is the start of an answer to a two-speed Europe promoted by Macron. The Visegrad countries have realized that they cannot deal with the Western pushback by themselves, so the need for supplements has generated this new project. Moreover, the Russian influence in some Visegrad, Western Balkans and Eastern Partnership countries is so widespread that it should worry those who remember the Soviet times.

Things do not stop at the EU border: the neighborhood policy is and will remain a hot potato if it is not approached with courage. The Western Balkans and the Eastern Partnership front-runners continue to be characterized by unstable equilibria, with the main difference that at least the Balkan countries have the 2025 EU perspective. Separate from grand strategies, events catch up with us. The realists of this world see Ukraine as a nuisance to the West: "It is not our fight" would be their mantra. Citizens and upholders of basic values beg to differ: Ukraine is key, not a great power testing ground.

For Brussels and Washington, getting Ukraine right or wrong sets a precedent. This conundrum is an opportunity for the trans-Atlantic partners to recognize how serious the challenge put forward by Russia is. After Georgia and Ukraine, there is no guarantee that Moscow won't feel emboldened to go for a Baltic state or another NATO ally. A united front on a 2.0-containment policy becomes a necessity.

US Secretary of State Mike Pompeo's statements in Brussels are an opening and should be seen as the beginning of a reconstruction project. Necessity is the mother of reinvention. There will be competitive cooperation between Brussels and Washington for the rest of the Trump mandate, but security politics should clearly be guided by cooperation.

The regional stakes are high and involve not only energy and industrial policy, but especially common security and defense. The EU needs a new engagement strategy with its East and an honest discussion with these countries about red lines. These should ensure that Europe moves forward without being haunted by crises in its backyard. It is hard to imagine that this conversation could sideline the US. Inviting Germany and Jean-Claude Juncker, the head of the European Commission, to the Three Seas Summit Initiative in Bucharest this autumn was a good sign, which should be followed by other steps.

By working together, America and Western Europe could rekindle their happy story and deter Russia from acting as it did with Ukraine. Rather than complain separately about competition with China or threats from Russia, isn't it better to talk and then act in coordination? Time for professionals across the pond to restart joint work.

Radu Magdin is a Romanian analyst and consultant. He worked as an honorary adviser to the Romanian prime minister (2014-2015) and also advised the Moldovan prime minister (2016-2017). Between 2007 and 2012, he worked in Brussels with the European Parliament, EurActiv and Google. He is a Forbes Romania Trendsetter and a NATO Emerging Leader with the Atlantic Council of the United States.