Munich Security Report: Is China a partner, rival or both? | World | Breaking news and perspectives from around the globe | DW | 09.06.2021

Munich Security Report: Is China a partner, rival or both?

The world's democracies are in a competition of systems, above all with China. But global challenges like climate change and arms control require cooperation. The latest Munich Security Report seeks to find the balance. 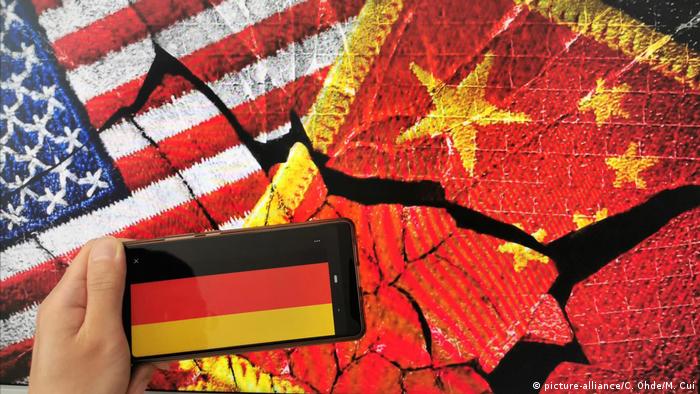 The release of the latest Munich Security Report comes at an opportune moment. Opportune because US President Joe Biden is coming to Europe on his first foreign trip: He is set to attend the G7 summit in England, and then a NATO summit in Brussels where the leaders of the most world's most powerful military alliance will gather, followed by a meeting with Russian President Vladimir Putin in Geneva.

Against this backdrop of transatlantic diplomacy comes the Munich Security Conference's latest security report, "Between States of Matter — Competition and Cooperation."

The title describes the central dilemma of the 160-page report: Western democracies are being challenged, particularly by China. At the same time, the two sides need each other, not only as business partners, but also to confront major global challenges.

The COVID-19 pandemic is just one obvious example of where cooperation is needed; so are climate change and an impending nuclear arms race. And the ambivalent relationship with China shows how, befitting its name, the Middle Kingdom is playing two parts: the competitor, on the one hand, and, in the EU's case, the strategic partner.

Beijing's communist party, which practices state capitalism, has managed to do what the Soviet Union did not: combine authoritarian rule with economic success and an increasingly prosperous population. That's also why, on more than one occasion, Biden has peppered his speeches with phrases like: "We must demonstrate that democracies can still deliver for our people in this changed world."

China has proven that when a country with 1.4 billion people sees double-digit economic growth over the course of four decades, then it will be able to translate that economic power at some point into political influence and military might.

And Beijing has set ambitious goals for itself. By the 100th anniversary of the People's Republic of China in 2049, the country intends to be a fully-developed, modern, socialist power that can also call the shots — and one that, technologically, economically and culturally, has reached the highest levels. In other words, China wants to solidify its role as a world power.

According to the Munich Security Report, representatives of liberal democracies are now willing to take a decisive stand against illiberal competitors. Tobias Bunde, who heads Policy and Analysis at the Munich Security Conference and one of the main authors of this year's report, quoted Biden ahead of its publication.

"Transatlantic leaders seem to have reached a consensus, that cooperation among the world's major democracies must be strengthened to meet our common challenges. As President Biden put it: We are really at an inflection point. And the world's democracies need to get their act together."

The fact that the "ideational hegemony" of the West in international institutions is being contested is one of these challenges, says Bunde. "Just some years ago we were still talking about RTP (Eds.: the "Responsibility to Protect" principle) and the final triumph of human rights even in the Arab world. Today, China easily mobilizes dozens of countries who support Bejing's policies on Xinjiang or Hong Kong," said Bunde.

The Indo-Pacific region plays a key role in this year's report, and not just because the region is responsible for 60% of the global economic output and two-thirds of economic growth.

The report has zoomed in on the region "because many agree by now, that this is not only a region, where stability is at stake, but it is also the region, where the shape of the international order will be decided in the coming decades," report co-author Sophie Eisentraut said.

This realization has already been translated into practical politics. At the beginning of June, High Representative of the EU for Foreign Affairs Josep Borrell returned from his trip to Indonesia, where he met with Indonesia's defense minister, Prabowo Subianto.

During his visit to Jakarta, Borrell expressed the EU's readiness to expand its cooperation with the ASEAN-centered security structure in the region, particularly in the area of maritime security. He emphasized the bloc's interest in keeping the region's order open and rule-based — and that the EU could make an important contribution in this area.

The foreign affairs chief concluded in a blog entry: "If we want to be a geopolitical actor, we also have to be perceived as a political and security actor in the region, not just as a development cooperation, trading or investment partner."

The authors of the Munich Security Report expect more effort from Europe in taking a leading role on the world stage.

Berlin has already begun taking cautious steps in this direction. At the end of May, Germany's defense minister, Annegret Kramp-Karrenbauer, traveled to South Korea to prepare the deployment of the German military's frigate Bayern in the Pacific Ocean. During her trip, the defense minister made a detour to Guam, the Pacific Island that houses of the most important US military bases in the region, and for that reason, a potential target if China were to attack the US.

Ahead of her trip, Kramp-Karrenbauer told the Redaktionsnetzwerk Deutschland media group that Germany wasn't simply talking about the freedom of maritime passages threatened by China: Berlin was also ready to do something about it. 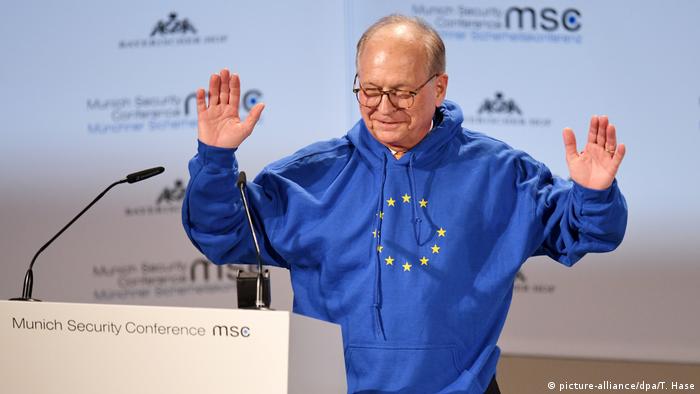 In the latest report, the authors call on Europe and North America to integrate like-minded partners in other parts of the world. Only once the scope of democratic cooperation is broadened more considerably, can they respond to competition from autocratic systems, the authors write.

But to do this, European nations must first work together, says Wolfgang Ischinger, the chairman of the Munich Security Conference. It is all the more important for the foreign policy of the future to maneuver between the poles of cooperation and competition or even of confrontation.

"Developing a relevant European foreign policy not only vis-a vis China and vis-a-vis Russia, but also of course vis-a-vis our transatlantic partners is, in my view, the absolute essential necessity of the day going forward," Ischinger said.