Wolfgang Ischinger: Europe is surrounded by a ′ring of fire′ | Americas | North and South American news impacting on Europe | DW | 12.02.2021 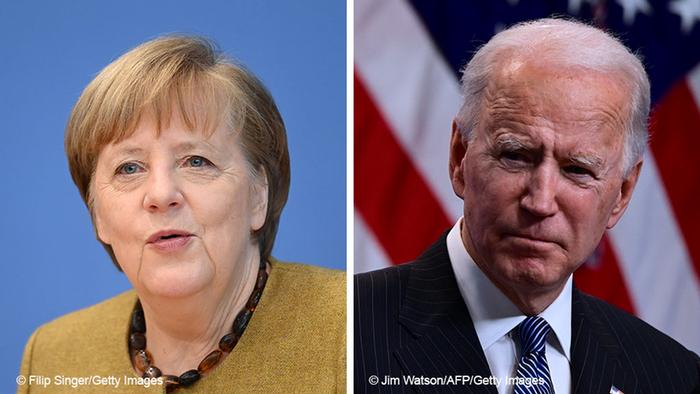 Joe Biden will join Angela Merkel in the event which is normally hosted in Munich, but this year will be held online

The rumors surrounding Wolfgang Ischinger's "big surprise" were true. On February 19, the Munich Security Conference (MSC) will hold what it is calling a "special edition" virtual event with US President Joe Biden and European counterparts, including Chancellor Angela Merkel. The leaders of NATO, the United Nations, and major voices in global health and climate action will also participate.

Ischinger, a former German ambassador to the US and the UK, has chaired the MSC since 2008. In an interview with DW, he said he was eager to get back to in-person meetings.

"In diplomacy, the absence of direct and personal, physical contact is really harmful in the long run," he said.

The global security conference itself, which has brought world leaders to Munich every February since 1963, remains postponed due to the pandemic. 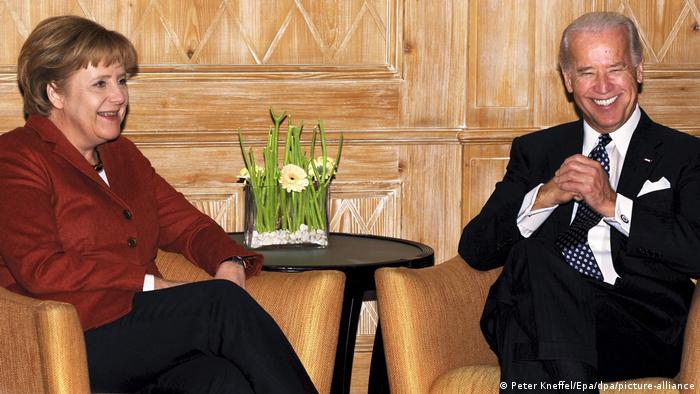 Biden has been president for less than one month. From day one, there has been immense pressure on him to prioritize the trans-Atlantic relationship that was deeply shaken during Donald Trump's one term in office. He and his administration repeatedly criticized the NATO alliance, threatened sanctions and tariffs against allies, let decades of nuclear arms control lapse, and withdrew from major treaties spearheaded by western allies during the Obama years.

"We have learned in a shocking way that there is no such thing as a permanent, long-term guarantee that the US will always have our back," Ischinger said. "Intelligent Europeans will have to deal with the question: What if in four years' time a president gets elected who runs in the tracks of Donald Trump?"

Despite lingering "fundamental doubt," Ischinger said he was "relieved" by Biden's picks for his foreign policy and national security teams, who have decades of personal and professional experience with the trans-Atlantic relationship. Extending the New START Treaty was another positive sign. 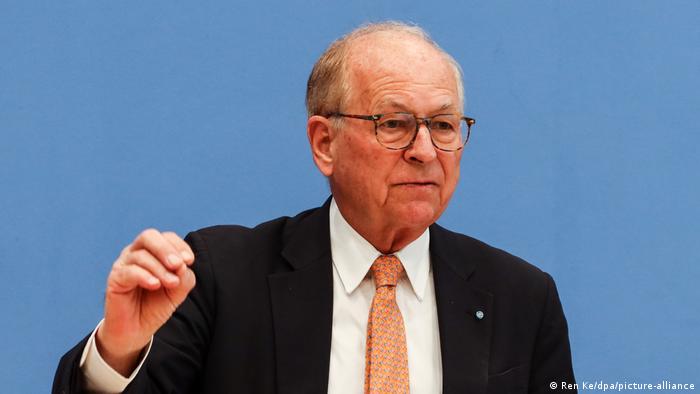 Wolfgang Ischinger at 2020's Munich Security Conference, one of the last major physical events of its kind to take place broadly unaffected by the coronavirus pandemic

"Trust is the currency of diplomacy. In the absence of trust, you're not going to achieve much. And that has been the problem with our relationship during the Trump years," he said.

Biden is no stranger to the Munich Security Conference and is a longtime foreign policy buff, first in the Senate and later as Barack Obama's vice president. In remarks at the State Department earlier this month, Biden said rebuilding trust with allies and engaging adversaries will not get lost among his administration's efforts to tackle multiple domestic crises, including the pandemic and its knock-on economic impacts.

"America's alliances are our greatest asset, and leading with diplomacy means standing shoulder-to-shoulder with our allies and key partners once again," he said. "There's no longer a bright line between foreign and domestic policy. Every action we take in our conduct abroad, we must take with American working families in mind."

Diplomacy was in America's "naked self interest," he added. 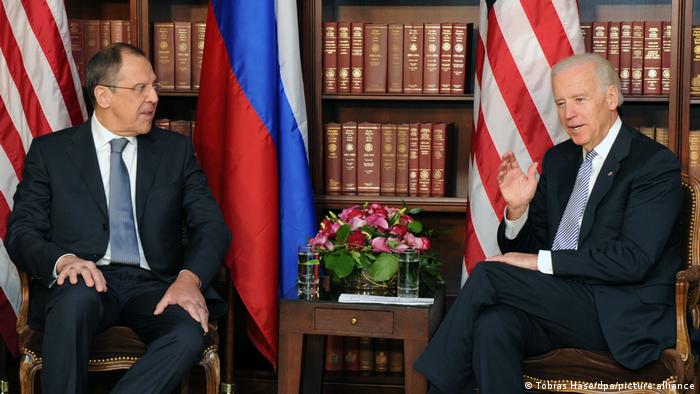 The longstanding diplomatic forum in Bavaria has always made a point of encouraging difficult discussions as well, such as this 2013 one-on-one between Vice President Biden and Russian Foreign Minster Sergey Lavrov, still in his post today

Winning US voters, losing German ones

Ischinger said he also has regular Americans on his mind, noting the over 74 million voters who supported Trump and his zero-sum, transactional view of international affairs.

"What can we do to make Americans understand that working closely with Europe, protecting Europe, is actually a good idea?" he asked.

To accomplish this, Ischinger said Germany and the European Union more broadly needed to take seriously their role in the world. Faster, competent decision-making at the EU level, better military readiness and commitment to NATO's nuclear sharing policy are some of the big points he said would help convince American voters that the trans-Atlantic relationship remained in their interest.

That in turn could turn off German voters. These issues, especially talk of nuclear deterrence, do not go down well domestically. Anti-nuclear protests go back decades. The Greens, who may join Germany's next government after September's general elections, have long made disarmament central to their party ideals.

"I hope foreign policy will be part of the election campaign," Ischinger said. "Four years ago it wasn't."

Security and foreign policy often take a backseat with the ruling conservative CDU party, as well. In more than 15 years in power, Chancellor Angela Merkel has been an outspoken supporter for the European Union, going as far as to say its interests are Germany’s interests. Action in this area, however, has often fallen short.

"It is wrong for German politicians to keep telling the citizens that we now live in paradise after reunification because we are now only surrounded by friends. That is a cliche," the veteran diplomat said. "It gives us the illusion of permanent safety."

For German policymakers to think at a European level, Ischinger said, means understanding Italy and Poland's strategic concerns, too.

"We are surrounded by a ring of fire," Ischinger said, referring to instability stretching from Mali to Libya, Syria to Ukraine. 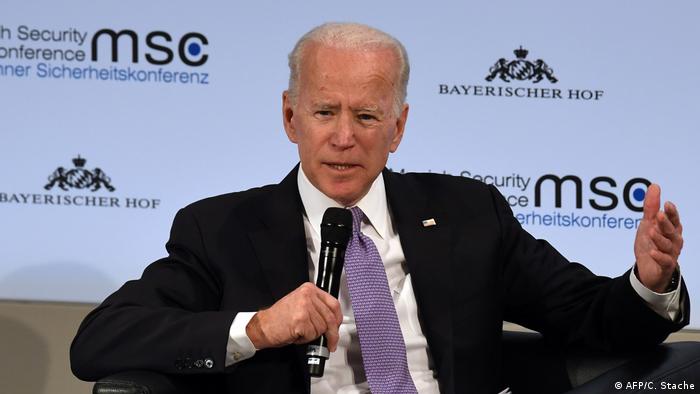 MSC: A few hours, a lot of issues

Organizers say the February 19 virtual event is scheduled to last less than three hours and cover several broad themes. One of the biggest questions is whether the shift from Trump to Biden will be policy-based or merely rhetorical. Despite Biden's rejection of his predecessor's approach to diplomacy, several of his policies are reminiscent of Trump's (or indeed Obama’s before that): standing firm against a rising China, stopping the Nord Stream 2 pipeline and getting NATO partners to meet their defense spending commitments of 2% of GDP.

"First, Biden will be welcomed," former US Acting Ambassador to Germany James Bindenagel told DW, albeit cautioning that some in Germany would want to see considerable changes. "If the policies on China and Russia, for example, are the same with only a change in 'tone,' then the German narrative that America is not a reliable partner will be strengthened."

Making COVID-19 and climate change a common cause could bring the US and European allies together, Bindenagel said, while bringing up Alexei Navalny and Nord Stream 2 could prove divisive, especially for Germany, which supports the pipeline in the face of withering criticism from the US and the EU.

Ischinger is also critical of the project, but opposes US sanctions and wants to see the pipeline completed, noting Germany's reliance on Russian gas since the Cold War. 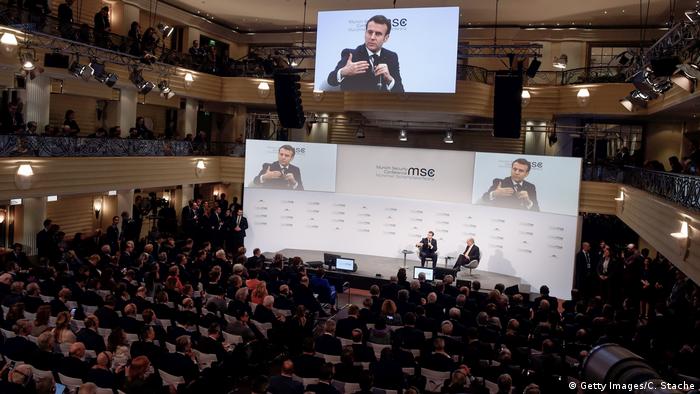 The EU is "light years" away from French President Emmanuel Macron's idea of "strategic autonomy," which seeks to position the bloc between the US and China. Ischinger instead wants to see "capability strengthening" in the nearer term that allows the EU to develop foreign policy positions and take on more responsibility in the world.

"The way we should present this issue [to European voters] is that we’re not doing this for the United States. We’re not doing it for Donald Trump or even Joe Biden. We’re doing it for ourselves," he said. "We need to take care of our own security to the extent that is possible."

This is an updated version of an earlier article carrying the news of Merkel and Biden's participation, now incorporating comments from Wolfgang Ischinger and others.

Germany and France have discussed several joint defense projects, as well as how the new Biden administration will affect NATO.

In a joint statement, six world leaders including Angela Merkel issued an appeal for multilateralism, calling the coronavirus pandemic one of the biggest challenges of modern times, which endangers other recent progress.