Merkel and the rise of the right

Criticism from conservatives was barely audible when Chancellor Angela Merkel was enjoying political popularity. Now, it is growing rather loud. Many in the party find Merkel's policies too left-leaning. 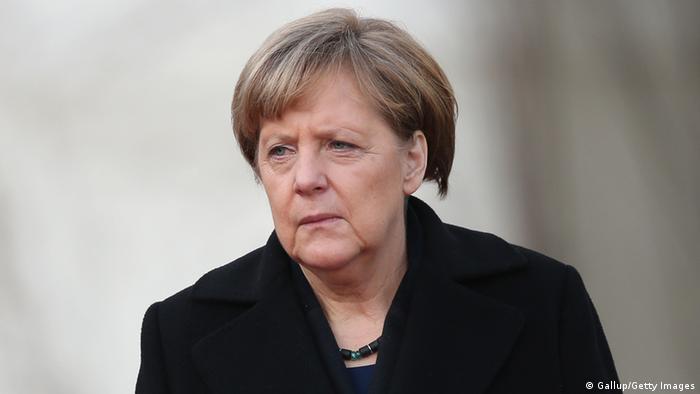 Schwetzingen may represent a turning point for Germany's Christian Democratic Union (CDU). The city of 22,000, near Heidelberg, has been selected as the site of a quiet insurrection - a prearranged revolution, so to say. On March 25, members of the party's right wing will seek to end what they see as a shift to the left in the CDU. Their organizational platform: "Liberal-Conservative Awakening in the Union," is designed to unite Merkel critics around the country.

The platform's name seems a bit complicated considering that it is simply a call for the CDU to go back to being what it once was - genuinely conservative. But the movement itself makes one thing clear: Angela Merkel will not only have to fend off Social Democratic challenger Martin Schulz for the six months leading up to federal elections, but also opposition within her own party.

Control and rigor are the core of the right

And that opposition is organizing across the country. Until now, dissatisfied Christian Democrats complained to colleagues in their state organizations, away from cameras and reporters. But now those frustrated members are getting serious about venting. The overture to this revolution began in February.

It was then, in Königswinter, near Bonn, that 50 representatives from five federal states drafted a 30-point position paper. Among their demands: Germany must be able to better defend itself. And: Financially undisciplined eurozone countries must face the threat of expulsion from the currency union. The paper also called for a limit on the number of refugees allowed to enter the country, and for more control over German and EU borders. Such criticisms had been articulated before. Grumbling within the CDU began back in the summer of 2015, when Chancellor Merkel first opened the country's borders to refugees on a massive scale.

But the details of the right-wing Unionists' calls in fact went much farther than all that. The group went on to demand that every foreigner be automatically deported should he or she intentionally commit a crime. It called for an immediate end to the concept of dual citizenship, as well as to Islamic associations. And it clearly stated that immigrants must assimilate, meaning that the dominant German culture is the measure of all things.

The CDU's right-wing members feel that law and order policies must once again be the essential core of the party. That ignores the fact that the CDU became stronger and more popular under the centrist policies of its then-leader, Helmut Kohl. The former chancellor was seen as a modernizer that brought the party up to date with the world around it. Angela Merkel has continued along that path. Along the way she jettisoned party traditions such as compulsory military service and even abandoned nuclear power - long celebrated as the energy source of the future by the CDU. She gained a lot of ground for the party among urban voters with such moves. Now there is even wide support for same-sex marriage within the CDU. 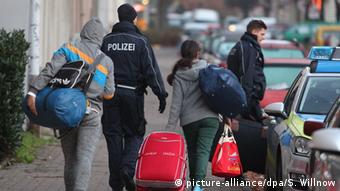 Merkel's refugee policies have put her party's tolerance to the test

However, if those shifts were seen as impositions to the CDU's traditional clientele (rural, Christian, conservative), her refugee policies really put her party's tolerance to the test. It was at that point that Merkel forfeited her political infallibility and that the quaint CDU voting club became a bickering family that began to fight publicly over what the essence of the Christian Union actually was. Conservatives that were already unhappy with Merkel's centrist course had a sort of "coming out" when it became clear that Germany could no longer control its own borders in the summer of 2015. Now those conservatives want to force the chancellor, who is only half as powerful as she once was, to steer her party away from the middle and head to the right.

When does right-wing become far-right?

They may even want her to steer it even further right than that. Conservative catchall groups have been active on a regional level for years. For instance in Schwetzingen, of all places, where in 2015 the citizens' group "Aufbruch 2016" (Awakening 2016) was founded. That group maintains contacts with the far-right populist Alternative for Germany (AfD) party, as well as being affiliated with the new right-wing network "Ein Prozent" (One Percent), which calls itself "Germany's largest patriotic citizens' network" and is considered a right-wing radical organization by those familiar with the scene.

One cannot say with certainty just how far the rightward shift will be among party renegades. But the personnel strength of conservative rebel groups within the CDU and its Bavarian sister party, the Christian Social Union (CSU), is clear to see. Some 7,000 members have said that they are already registered as such. Those members are divided between the "Berliner Kreis," (Berlin Circle) founded in 2012 by former Parliamentary Group Vice-Chairman Wolfgang Bosbach, and the CSU's "Konservativen Aufbruch" (Conservative Awakening). Bosbach and his "Berlin Circle" have invited the Schwetzingen initiative to meet in the capital on April 8. There can be no question, conservative circles are intensifying their cooperation. Now they even hope to form a new party organization similar to the Young Union or the Women's Union. At least that is the case in the state of Saxony-Anhalt.