Masood Azhar′s blacklisting likely to benefit Modi, BJP in India election | Asia | An in-depth look at news from across the continent | DW | 02.05.2019

The UN has designated Pakistan-based militant Masood Azhar as a global terrorist, after China lifted its objection to the move. India applauded the decision, which could boost Prime Minister Modi in the ongoing polls. 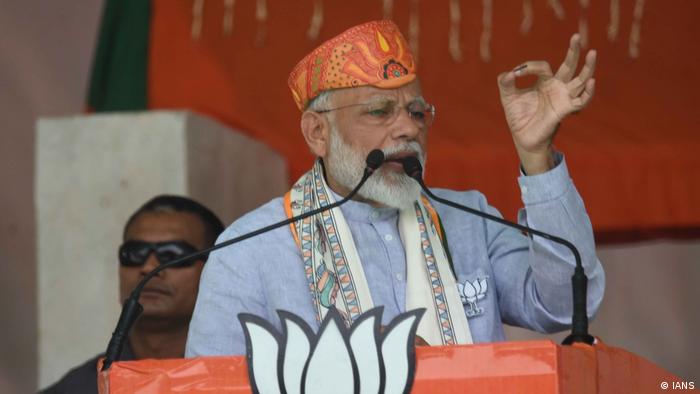 The designation comes with a travel ban and freeze on Azhar's assets. Azhar's Jaish-e-Mohammed (JeM) claimed responsibility for a suicide bomb attack in India-administered Kashmir in February that killed more than 40 Indian paramilitary police. JeM was also blamed for a high-profile attack on India's Parliament in 2001, and local media often call Azhar the country's "enemy No. 1."

China, regarded by Pakistan as its most reliable friend, had blocked three previous attempts by the sanctions committee to blacklist Azhar, and put a technical hold on a fourth request from Britain, France and the United States in March. UN diplomats said that the request was again submitted to the committee last week and that this time round China had not opposed the move to blacklist Azhar by the Wednesday deadline.

Beijing said on Wednesday it had no objections to Azhar's listing after studying revised proposals at the UN. Any decision to add individuals or groups to the UN terror list is taken by consensus in the committee. India applauded the move, which came after its air force in February said it had carried out airstrikes on a JeM militant camp inside Pakistan. 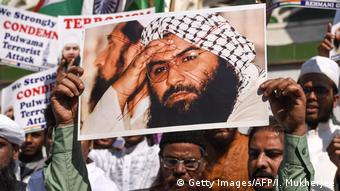 "This is an important achievement. India made concerted efforts to get Azhar named a terrorist following a series of attacks on Indian military installations in Kashmir, all of which were blamed on his group. Let us see how Pakistan acts now," former Indian Foreign Secretary Salman Haidar told DW.

"It is certainly a major diplomatic success for India, after hectic negotiations since Beijing put the proposal on technical hold. Now Pakistan has to carry out the resolution in letter and spirit because it will invite public censure," said former Indian diplomat K P Singh.

Political analysts say the news on Azhar could not have come at a more opportune time for the country's political leadership. "This (UN listing) comes as a boost to the BJP's campaign, and they will play the muscular nationalism card with more vigor and boast how India is safe under Modi," political analyst Sanjay Kapoor told DW.

Modi has already made national security his party's main theme in the country's ongoing staggered general election, which began on April 11, instead of addressing more pressing concerns of unemployment, rural distress and poverty alleviation. Voting in the 39-day election will be completed by May 19 and results will be out on May 23.

"The world has begun listening to India over the last few years. We cannot be ignored anymore. And I would like to say openly that this is just the start. Just wait and see what happens next," Modi said during an election rally on Wednesday in the northern city of Jaipur as the crowd cheered. 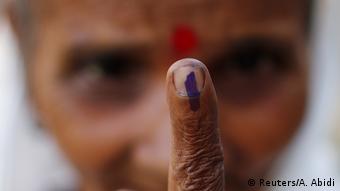 PM Modi has made national security his party's main theme in India's ongoing staggered general election, which began on April 11

BJP President Amit Shah said Modi's diplomatic efforts led to the UN decision, and he urged people to vote for a "strong and decisive" leadership under Modi for the next five years. "That is why India needs a strong and decisive leader. Grateful to PM Narendra Modi and his diplomatic efforts that led to the UN designating Masood Azhar as a global terrorist. It was long overdue. This also reflects PM Modi's commitment towards zero tolerance against terrorism," Shah tweeted.

Indian political parties cutting across ideological divides hailed the UN action against Azhar, but some said they were disappointed about the lack of reference to the February attack in the Indian city of Pulwama. "Pakistan-based Masood Azhar's belated declaration as a global terrorist by the UN is surely a welcome step. India's fight against terrorism is resolute. We are disappointed that the UN listing doesn't mention Pulwama/J&K while listing Azhar's role in terrorist activities," said Congress spokesperson Randeep Singh Surjewala.

Former Jammu and Kashmir Chief Minister Omar Abdullah alleged that the sacrifices of Indian paratroopers who were killed in Pulwama were taken in vain for a figurative win. "No mention of terror in Kashmir and no mention of Pulwama. It's amazing how quickly the sacrifices of the CRPF men were sold down the river to get a symbolic win," he said.

Azhar founded JeM in 2000 after being released from an Indian prison in exchange for 155 hostages from a hijacked Indian Airlines plane. His freedom within Pakistan has been a sore point in the relationship between Western countries and Pakistan, and has led to repeated accusations by India that Islamabad uses and harbors militant groups to further its foreign policy agenda. Pakistan denies such accusations.

India has sought for years to have Masood Azhar placed on a UN list of global terrorists. His group claimed a deadly bombing in Indian-controlled Kashmir that nearly brought the country to war with Pakistan. (01.05.2019)