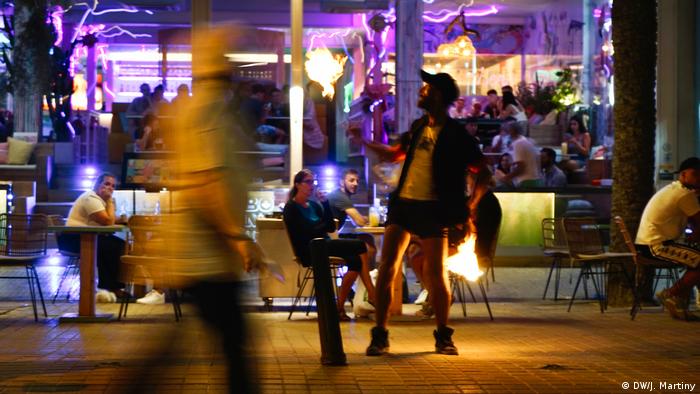 Tomeu Mestres is close to tears. The owner of the San Siro restaurant on Playa de Palma has just learned that he has to close his restaurant for two months. "That is absurd," says the Mallorcan, calling the measure "completely idiotic." At the weekend, dozens of German tourists celebrated an open-air party on the terraces of the local bars in the "Bierstrasse" ("beer street"), a stretch of tourist pubs a few hundred meters away, without complying with the hygiene rules applicable in Mallorca. Nobody wore face masks, nobody kept a safe distance — as can be seen in photos from the event. "But that's not our fault," says Mestres. "We always respected all the rules here."

Even back in Germany, the pictures of the crowded holidaymakers caused a stir. German Health Minister Jens Spahn said: "We have to be very careful not to make Ballermann a second Ischgl," referring to the Alpine resort where the coronavirus first took hold among vacationers in late winter. 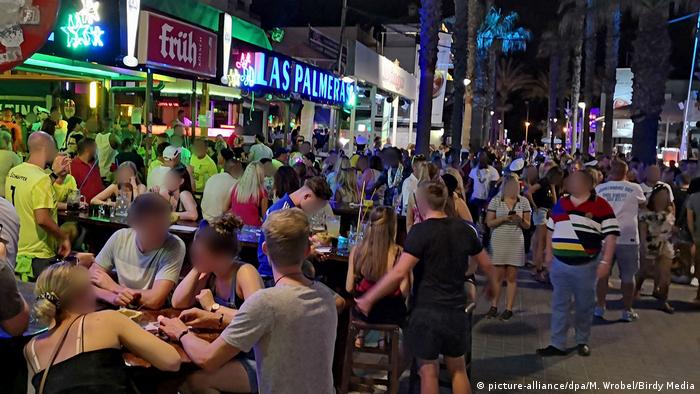 Tourists crowding resort areas, like these revellers on July 10, led to renewed lockdowns in Mallorca

This response, in turn, led to hectic reactions on the island and the closure of a number of restaurants on Playa de Palma as well as in the main entertainment zone in the popular British holiday complex Magaluf. There, too, some party-loving tourists misbehaved. "We cannot allow our image abroad to suffer because of the misconduct of a few," said the Balearic minister of tourism in a press conference on Wednesday afternoon. "Our message is: The Balearic Islands are a safe travel destination."

The months-long lockdown across Spain hit the island particularly hard. International tourism, on which Mallorca's economy depends, has just started to pick up. Many of the residents here are employed in the hospitality sector. "The worst thing that can happen to us now is a bigger infection," said Francina Armengol, the regional premier of the Balearic Islands. She hopes that things will run smoothly, at least for the remaining summer months. 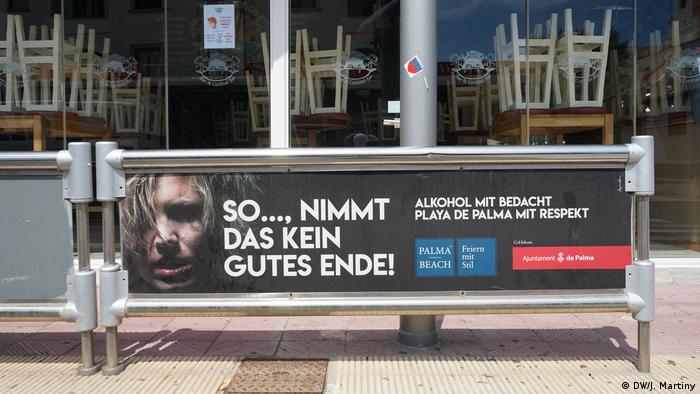 Ads in German have gone up across areas of Mallorca known for binge drinking culture, encouraging people to behave responsibly to keep themselves and others healthy

This economic necessity explains the government's drastic response, coordinated with unions and business associations. It is not only bar owners along the famous "Bierstrasse" who are punished for closing their bars. It is also people like Tomeu Mestres, simply because his restaurant is located in the nearby "Schinkenstrasse" ("ham street"). These two strips are part of "Ballermann," the party beach at the gates of Palma so popular with many German holidaymakers. The summer hustle and bustle there has long been a thorn in the side of those responsible in the Balearic government, and the dingy image of a cheap drinking destination is one they would be all too happy to get rid of. Unfortunately, that means that Mestres' calm sit-down tapas restaurant, and others like it, are collateral damage. 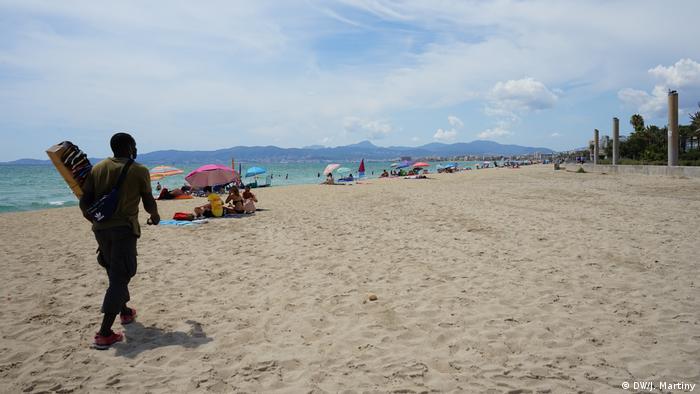 The bar owners on the "Bierstrasse," in turn, are campaigning for understanding through a joint declaration. They just want to make people's vacations as nice as possible despite the difficult conditions. "Ok, there were a few too many people on the street and maybe not everyone was wearing a mask, but where is that not the case, please?" the statement reads.

But there were also violations of the hygiene rules in other areas on Playa de Palma. The "Ballermann" resort complex is much more than just these two streets, upon which there are not even a dozen bars. Within a radius of a few hundred meters, holidaymakers can stop at countless other bars, cafes and restaurants. 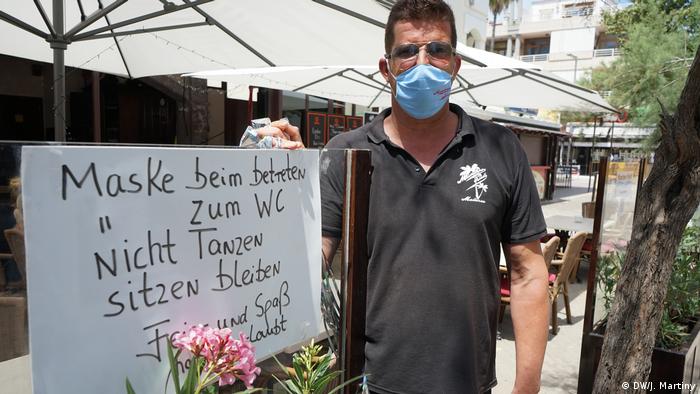 At Marcel Kortboyer's bar in Mallorca, he makes the rules clear out front — but also says fun is can be had as long as people behave reasonably

In one bar, the Munich Kindl, a cardboard sign right at the entrance informs guests about the hygiene rules. "Don't dance, stay seated" and "having fun is allowed." Manager Marcel Kortboyer has known Mallorca's problem clientele for 20 years. "Young people drink a lot and then at some point just forget their good manners."

'The crowds are bigger in every German beer garden'

Two young men from Frankfurt, who are standing around in the "Bierstrasse" looking a bit lost, also came to party. "Then we'll go somewhere else," they say. "There are still enough options." They do not believe that they can contract the coronavirus on the island, especially if both wear a mask as required. "It's totally relaxed here," they say. "The crowds are bigger in every German beer garden." In fact, there's no hint of an exuberant party atmosphere even in the late evening. The vast majority of people are sitting sensibly at their tables. "No wonder," says Kortboyer of the Munich Kindl bar: "People have now seen that the government is serious. That scares them off."

Restauranteur Mestres, meanwhile, lowers the shades in front of his tapas bar. His pantry is filled with tons of tortillas, prawns in garlic oil, mussels in tomato sauce. "I can throw all that away now," he says, shaking his head. He now has to let go of eleven employees, whom he had only fully employed after the end of the curfew that lasted several months. His only hope is that this shutdown might turn out to be a little shorter than threatened.

Vacationing in a pandemic

For the German capital, the COVID-19 pandemic has been economically devastating, as its liveihood depends on partygoers and tourism. But it doesn't mean Berlin's spirit will be dampened anytime soon. (11.07.2020)