Activists say untreated waste is being dumped freely into sea waters off the Lebanese coast, killing off ocean life. The pollution of the Mediterranean is sparking public outrage. 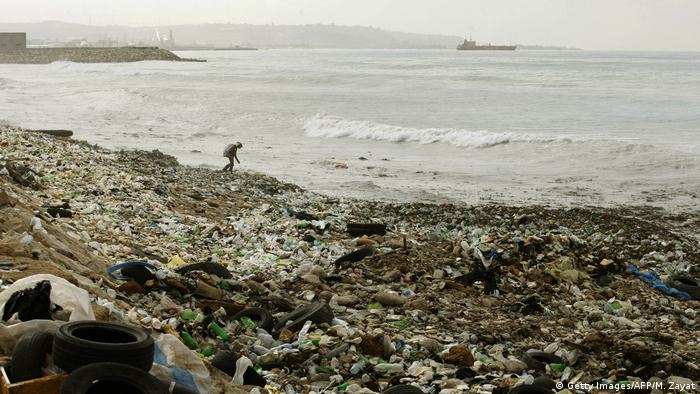 Lebanon's garbage crisis has sparked fresh outrage, after activists shared images of what they say is untreated waste being dumped into the sea.

"They are throwing everything in the sea - directly," Paul Abi Rached, director of the Lebanon Eco Movement alliance of nongovernemtal organizations, told DW. "What is happening is dangerous."

He said an enormous oceanside dump is being dealt with by throwing the waste into the Mediterranean.

On top of this, new waste being collected and thrown into the sea on a daily basis is leaching liquid pollution that impacts marine wildlife, Rached reports. "The situation is very bad, from an environmental and health point of view."

Rached said these practices had been going on since last summer - but video evidence of it recently shared on social media has brought public attention to the issue.

Since then, fishermen have sent Lebanon Eco Movement photos of floating trash and fish they say have been killed by pollution from the garbage.

Rached said that with people flocking to the sea in summer, a problem that had been less visible in the winter months is now causing a stir. 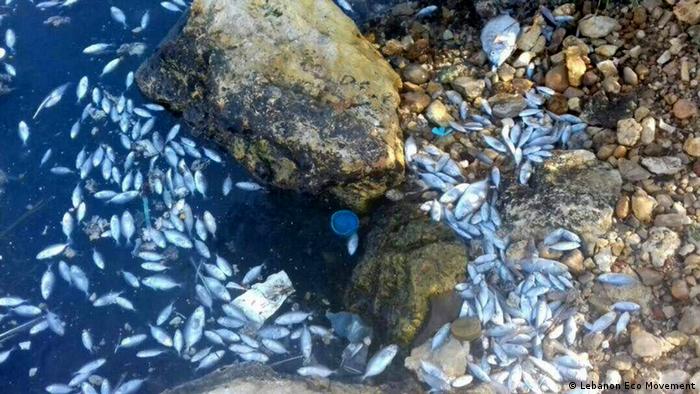 Waste management has long been a politically explosive problem in Lebanon. In summer 2015 the government suspended trash collection, causing street protests in Beirut.

Authorities said they had solved the issue in March 2016. In fact, contractors were simply shifting the trash - some of it toxic - to coastal dumps. By 2016, an estimated 2 million metric tons of waste sat on the shore.

Rached says toxic substances that had previously contaminated the water table in Lebanon and polluted rivers - and to some extent the coast, as well - are now damaging sea life.

From the start, campaigners were skeptical of government claims that the garbage would be sorted and treated before being dumped.

"They are reducing their costs so they throw in everything without any sorting," Rached said. 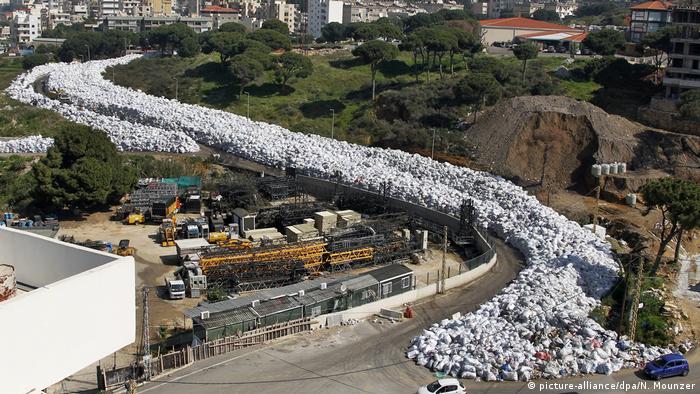 Garbage has piled up, even along streets, in Beirut's waste crisis

The Lebanese government has failed to manage operation of two sorting plants in the Beirut area, funded by the European Union, which Wadi El Asmaa - a leader of the You Stink!  protest movement - claims could process 45 percent of the waste.

Corruption is seen as the root cause of the pollution. Politicians deal in waste management contracts to line their own pockets for political gain, while contractors cut corners to save money at the expense of the environment.

Rached said Lebanon is more than capable of disposing of its waste safely.

"It's a question of corruption and mafia - not a question of technique or technology," he said. "They want to make money with the mafia, and they are violating the environment and our health."

Activists are calling on the international community to condemn the situation. 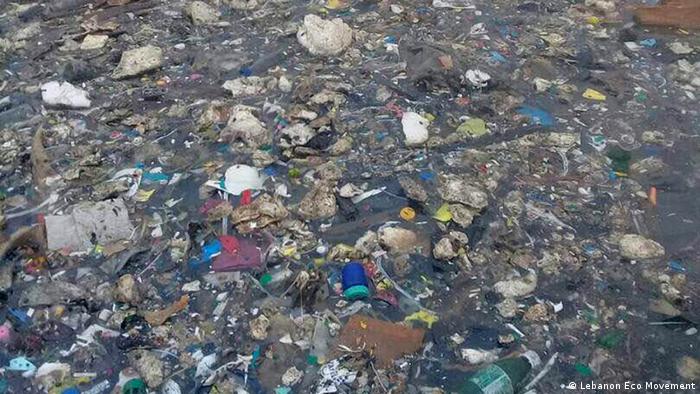 "Lebanon is violating the Barcelona Convention and no one is saying a word," Rached said, referring to a 1995 agreement to protect the marine environment of the Mediterranean.

"UNEP and the European Union should help civil society and pressure Lebanese government," he added.

Lebanon's garbage crisis is becoming a threat to the entire Mediterranean environment, according to a number of the country's leading experts and academics.

Najat A. Saliba, a professor at the American University of Beirut and Director of the Nature Conservation Center, agrees a safer solution can be found.

"There are many successful initiatives in many countries of our size or bigger, the minimum we can do is read and learn," she told DW. 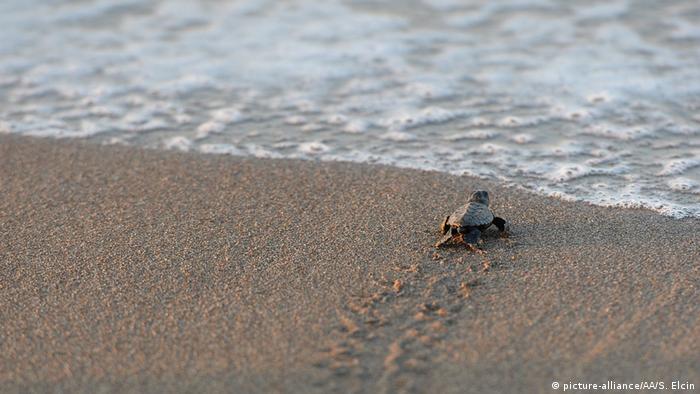 "The toxic leachate is damaging to the life in the Mediterranean sea as a whole," she added, and sea dumping "will deter or kill the fish in our area, and tip the life balance and the biodiversity of the sea."

Among the wildlife affected are threatened sea turtles return to the Lebanese coast each year to lay their eggs.

"The Mediterranean is a habitat in a constant flow, that moves pollutants from one part to the other," Saliba said. "The damages do not only affect one part, but will cover the whole environment."

The super-rich of Lebanon are buying lion cubs from zoos for bargain prices. But one animal rights organization is behind a government crackdown to stop the practice. (01.09.2016)

Eight months of garbage build-up in Lebanon near an end

Trucks in Beirut have started hauling away heaps of garbage after an eight-month trash dispute. The trucks are part of a temporary, government approved-plan which has been met with backlash from "You Stink" protesters. (19.03.2016)

How to Make Money with Waste