The latest round of US sanctions on Iran has seen the gold price surge even further. Central banks in quite a number of emerging countries are hoarding the precious metal at the fastest pace in decades. 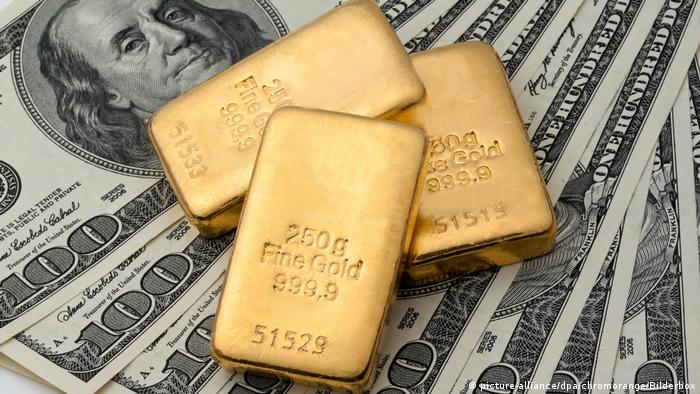 Increasing concerns about a conflict between the United States and Iran dealt a blow to equity markets on Tuesday and pushed up gold prices to a fresh six-year high. As safe-haven investments climbed, gold broke the $1,430 mark for the first time since September 2013, with some analysts saying the $1,500 threshold was firmly in sight.

Twenty years after central banks in the West dumped gold in what many saw as the end of the metal's role in the global monetary system, their counterparts in emerging countries are hoarding gold at rates not seen in over 50 years.

Central banks bought 145.5 tons of gold in the first quarter of 2019, an increase of 68% compared with last year and the strongest first quarter since 2013, according to the World Gold Council. In the past four quarters, these banks have hoarded over 715 tons of the precious metal — the highest that the industry-led body has ever recorded.

The central banks stepped up buying gold following the 2008-09 global financial crisis, as they looked to diversify their foreign exchange reserves and reduce their exposure to developments in the US. The pace of purchases has picked up over the past 18 months amid sluggish growth and global uncertainty caused by trade tensions.

US President Donald Trump's weaponization of economic tools in pursuit of foreign policy breakthroughs is also prompting countries to look for alternatives to the dollar as the preferred repository for world savings.

"The trade war is a new reason in this decadelong trend, but in itself it looks less important for central bank gold buying than the message which Trump's tariffs send about Washington asserting its foreign policy through finance and economics," Adrian Ash, director of research at investment firm BullionVault, told DW. "Selling dollars for gold puts part of a nation's reserves outside Washington's control of the dollar clearing system." 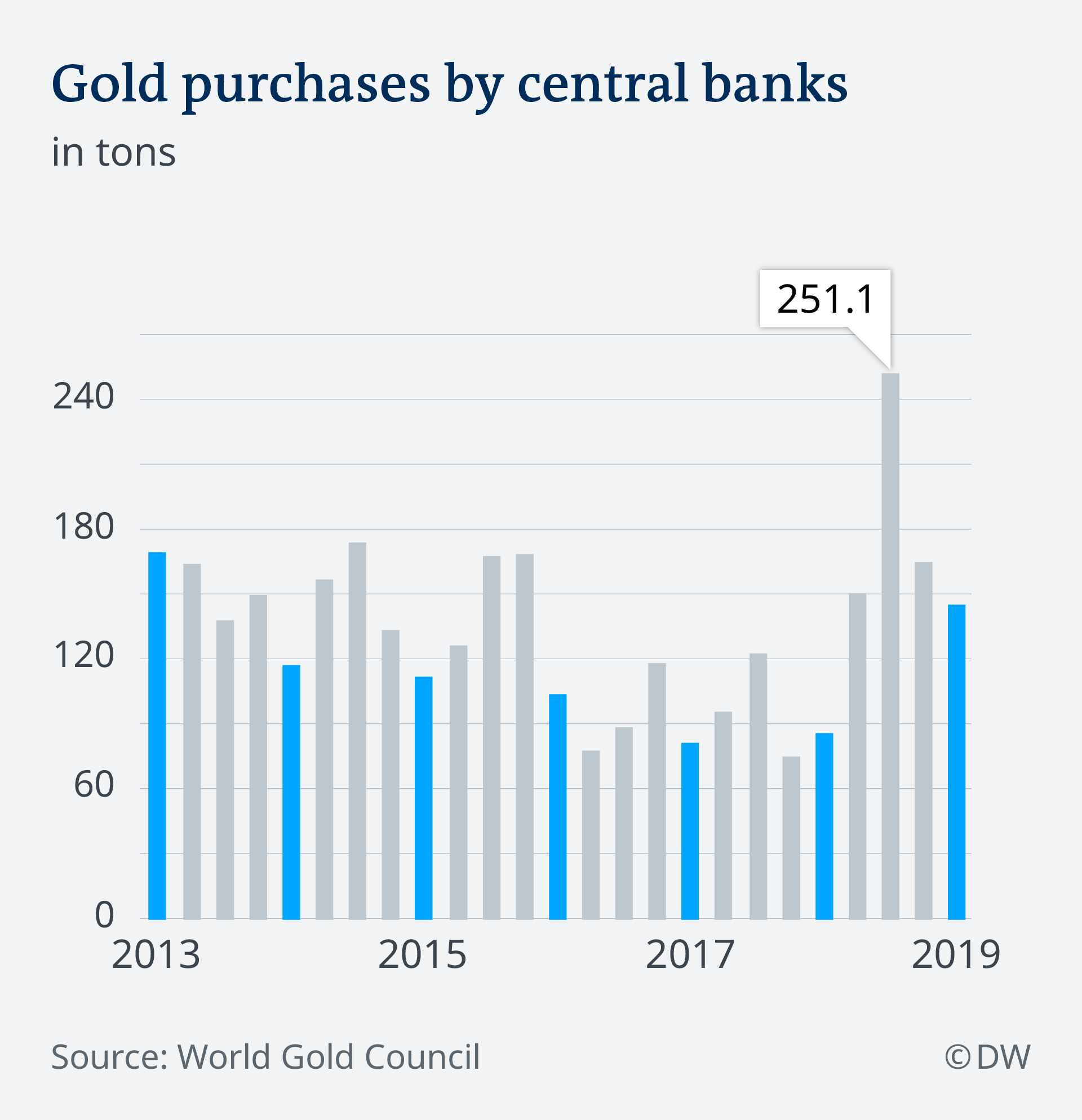 Russia was the biggest purchaser of gold during the first quarter, followed by Turkey and China. The three have seen their ties with Washington fray over the past few years. Although, only Russia has so far publicly stated that it's buying gold to shield itself from the West's punitive actions.

"The tension that exists between these countries and the US and the antipathy that has been there for some time is a reason why they are looking at ensuring that gold plays a significant role and that deemphasizes the role of the dollar, relatively speaking," Ross Strachan, senior commodities economist at Capital Economics, told DW. "But I will be a bit careful of saying that events over the past six to 12 months on their own have created a big step change."

Russia has been aggressively hoarding gold in response to Western sanctions in 2014 over Moscow's actions in Ukraine. The country's central bank has bought more than 200 tons of gold every year since then, while drastically cutting down on its US treasury holdings amid tensions with the US and the likelihood of further sanctions.

The growing appetite has catapulted Russia into the top five gold-holding countries with more than 2,100 tons. The yellow metal now accounts for a little over 18% of the country's total reserves. It was just over 2% in 2007.

Russia, which is the third-biggest gold producer in the world behind China and Australia, is virtually buying the country's entire domestic mine output.

"Paying in rubles has helped Moscow defend and grow its reserve assets even amid the currency's slump to record lows," Ash said.  "It's also enabled Russian gold miners, an important domestic industry, to sell what might otherwise have been locked out of international markets." 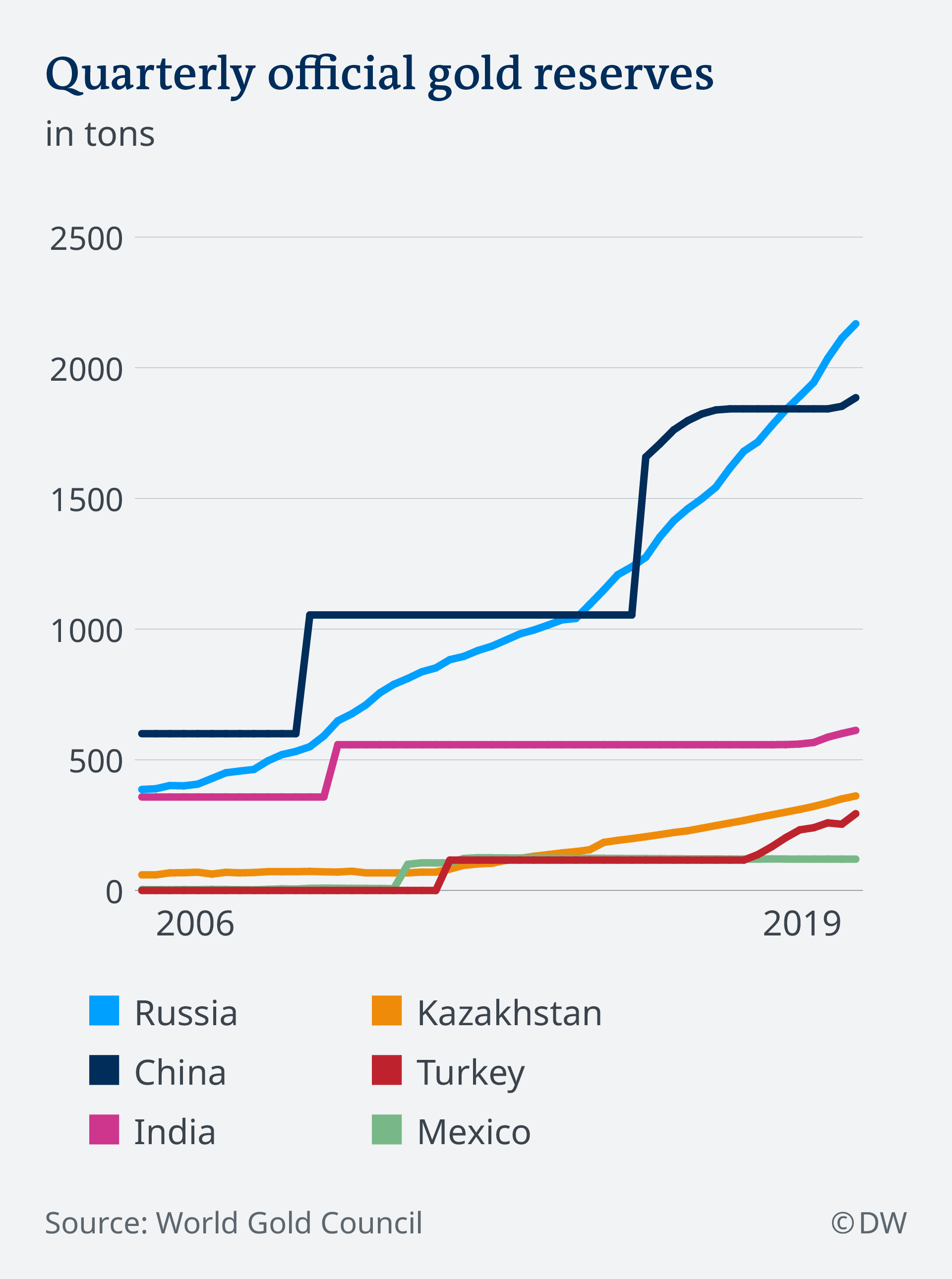 The National Bank of Poland boosted its gold reserves by 13.7 tons to 116.7 tons in the third quarter last year.

In October, Hungary said it had increased gold reserves tenfold to 31.5 tons — its highest level since 1990.

Hungary, whose populist government has been on a collision course with the European Union in recent years, said the decision was driven by stability objectives, citing gold's lack of credit or counterparty risk.

"Hungary and Poland surprised the market, not to mention their European partners, by buying gold in what looked like a political statement," Ash said. 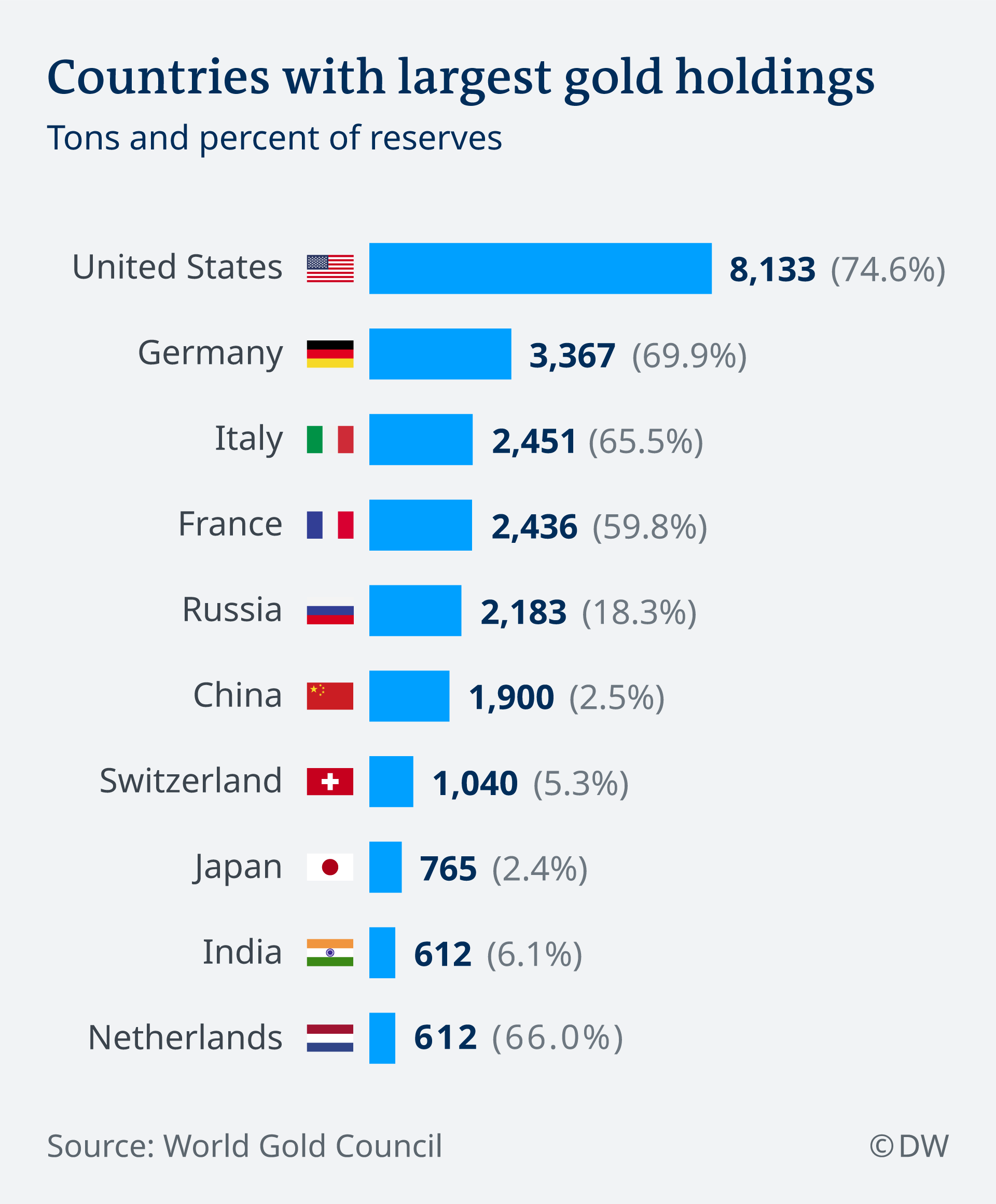 Despite central banks increasingly dedollarizing their reserves, the dollar's decline in reported reserves has hardly been significant so far. It remains the world's dominant reserve currency.

"Certainly, the volume of changes that is being impacted [as a result of central bank gold purchases] is meaningful for the gold market," Strachan said. "Obviously, the liquidity of the US dollar is enormous and the influence [of the gold purchases] is relatively minor and can be swamped by other factors."

"Central banks attract a heck of a lot of attention because they're the custodians of the global financial architecture and what they do is rightly watched and rightly studied," Hewitt said. "But over the past 10 years they only account for about 10% of annual gold demand. So they're not the most significant players in the gold market."

Is the world running out of gold?

As the yellow metal hits peak production, experts feel we may have discovered all of the world's major gold deposits. So what does it mean for the precious metal aficionados and investors? (19.03.2019)

The World Gold Council industry body has reported a marked drop in global demand for gold in the third quarter. It pointed out that there was considerably less interest in the precious metal in reform-plagued India. (09.11.2017)