Gold, garbage and guns in the highest town on earth | Americas | North and South American news impacting on Europe | DW | 14.10.2018

Rings, investment, dental fillings — gold is always in demand. But where does it actually come from? Our reporter has been to the Andes, where workers mine the metal, in terrible conditions, at more than 5,000 meters. 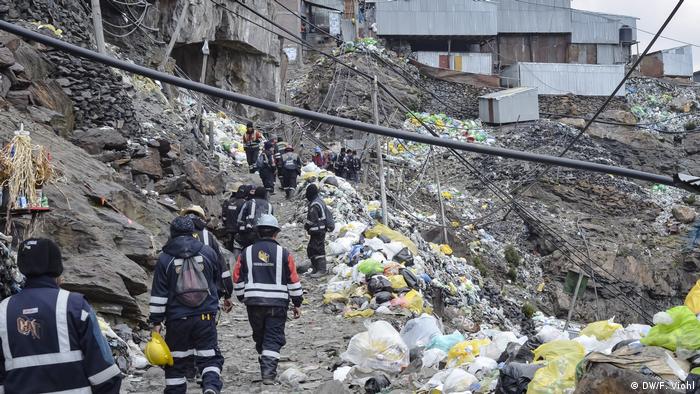 The road to the highest town on earth takes you through a rubbish dump. The waste is heaped up on either side of the road; the minibus proceeds at walking speed. This potholed track is the only access road to a town with an estimated 60,000 inhabitants, which exists for only one reason: gold. The sign at the entrance to the town says: "La Rinconada. 5015 meters (16,453 feet) above sea level." After that, the road continues a little further uphill. 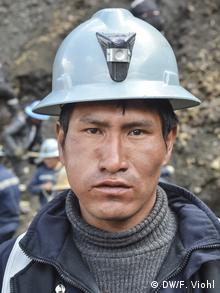 Chipanas: The stench is the worst thing

Forty-five-year-old Fidel Chipanas has grown accustomed to the altitude. The miner has been living here for nine years now in the hope of striking it rich. "The worst thing up here isn't the cold or the hard work, it's the stench," he says. Sewage runs right down the middle of the street. At least the frost keeps the stink down, says Chipanas.

Peru is the biggest gold producer in Latin America. With an annual output of 150 tonnes (165 tons), the Andean country is also the sixth-largest producer in the world. Informal small-scale mining may contribute only a small percentage of this, but tens of thousands of people earn their living from it. In Peru's Amazonian regions, illegal gold prospectors pan for the precious metal in rivers. In the Andes, they dig mines in the mountains. Above them, perilously close, looms the glacier they call the "Sleeping Beauty." They just hope she doesn't wake.

Places like La Rinconada should not in fact exist. The Peruvian government has been trying unsuccessfully for years to persuade the prospectors to go legal. "People resist it, though, because they think they won't earn enough," says the engineer Jesús Álvarez Quispe from the Puno region Mining Ministry. He has six colleagues to help him monitor 80,000 gold miners in southeastern Peru: "A sheer impossibility," he says.

Exploitation of both people and nature

The idea that you can strike it rich in La Rinconada is just a legend. The miners work according to the so-called Cachorreo system. For 30 days in a row, they mine for one of the many subcontractors, without receiving a wage. Then, on the 31st day, they're allowed to keep everything they find in the mine. It’s a promise that lures in thousands of people. "The problem is, though, that on the crucial day the men are usually sent to areas where there’s nothing to find," says the miner Chipanas. NGOs describe it as modern slavery.

There's also the extensive environmental pollution. Chipanas indicates the rock-grinding mills of the "trapicheros," the men who separate gold from the lumps of rock via the amalgam process. One miner is handling mercury without wearing gloves. On this particular day, they get less than eight grams (.28 ounces) of gold out of 10 tonnes of rock. The mine yields less and less each year, says Chipanas. There’s also been a sharp drop in the price of gold in recent months. The tough struggle to survive here has got even tougher. 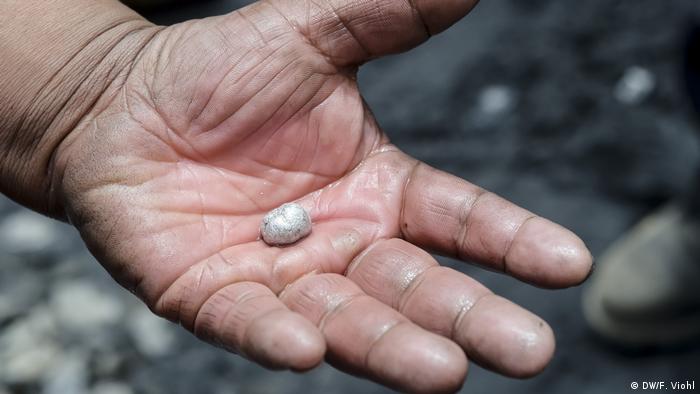 The only company with a governmental license to mine in La Rinconada is called Corporacion Ananea. The firm is based in Juliaca, about a three-hour drive from the mines. No one there is prepared to give an interview. A secretary, who wants to remain anonymous, estimates that there are around 350 subcontractors supplying the company with gold. They're the ones who employ people according to the Cachorreo principle.

"Vast riches are taken from the mine here every day without any of it benefiting our community," says Neciforo Quispe. He's the deputy mayor of La Rinconada, and he feels let down by the government in Lima. Corporacion Ananea hasn't done anything for the town yet, either, he says. La Rinconada still has neither a sewage system nor garbage collection.

Environmental organizations warn that sewage and mercury may have been flowing into nearby Lake Titicaca for some time now. The lake is considered to be the cradle of Inca culture. A woman who grew up in La Rinconada says the rivers below the mines are already so polluted that the fishermen have had to abandon their trade. 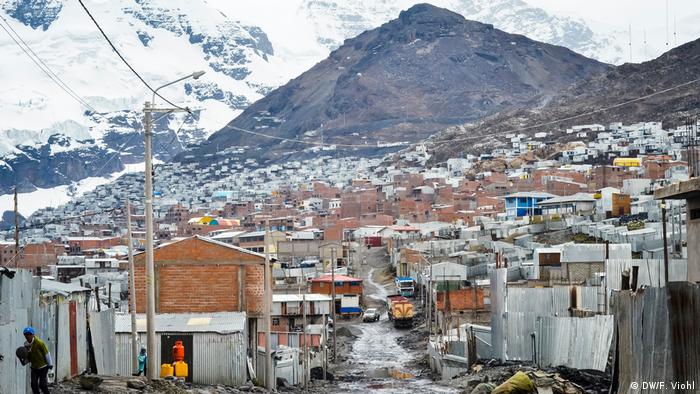 As if all this weren't bad enough, La Rinconada is also one of the most dangerous places in Peru. "The miners often steal from one another. You can buy guns all over town," says the policeman Jorge Pinto. His little, unheated police station is the last bastion of the Peruvian state; in other respects, it has long since given up on this place. Instead of law and order, the nightlife here is characterized by alcoholism and prostitution, says Pinto: "Anyone who's found gold takes the proceeds straight to the nearest bar."

How do people live here? Fidel Chipanas says he'll keep on working until he's found enough to pay for a decent education for his son. "You can find several grams of gold in a single lump of rock," he says, chewing coca leaves.

That's what everyone here is hoping for. But the majority of prospectors leave La Rinconada as poor as they were when they arrived.

Wall carvings were found in what was once a fishing city of the Caral civilization, the oldest in the Americas. The relief is thought to symbolize a period of drought and famine brought on by climate change. (17.08.2018)