Wall carvings were found in what was once a fishing city of the Caral civilization, the oldest in the Americas. The relief is thought to symbolize a period of drought and famine brought on by climate change. 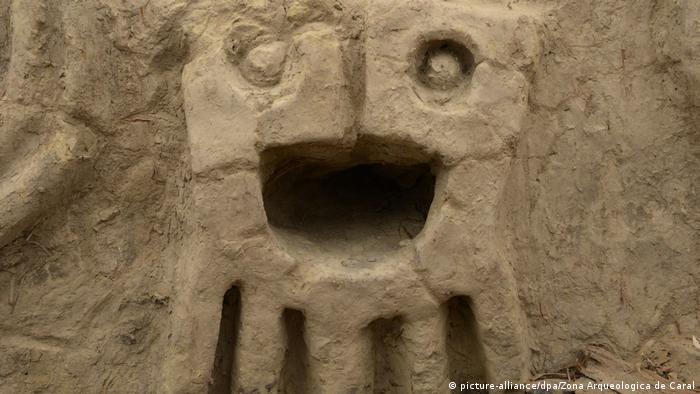 Archaeologists discovered an ancient wall relief in Peru, belonging to the oldest civilizations in the Americas, news agency Andina reported on Thursday. The wall is approximately 3,800 years old and portrays snakes and human heads.

One meter (3.2 feet) high and 2.8 meters long, the wall relief was discovered in the sea-side archaeological site of Vichama, 110 kilometers (68 miles) north of Peru's capital, Lima.

The Vichama site is one of the excavation points of the recently discovered Caral civilization, also known as Norte Chico, and has been explored by archaeologists since 2007. 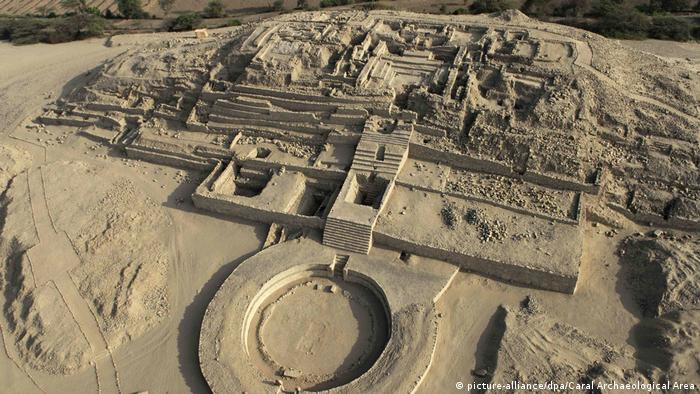 Aereal view of the Caral Archeological Area in the Supe valley

The Caral civilization is 5,000 years old, making it the oldest civilization in the Americas, and flourished at the same time as the thriving Mesopotamian, Egyptian and Chinese civilizations. The Caral people lived in the Supe Valley along the north-central coast of Peru.

Dating back to 1800 and 3500 B.C., Vichama is thought to have been a fishing community and one of the Caral peoples' various cities. The wall was made of adobe, a clay-like material from which bricks are made and was located at the entry point of a ceremonial hall. 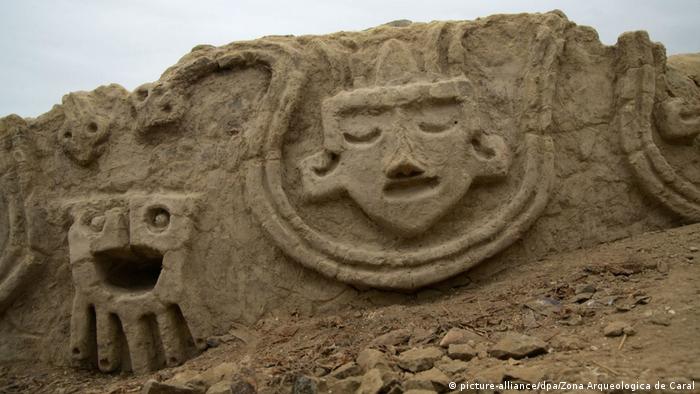 The wall relief shows four human heads, side by side, their eyes closed, with two snakes passing between and around them. The snakes point their heads to what appears to be a humanoid seed symbol that is digging into the soil.

Archaeologist Ruth Shady, who oversees the site and announced the discovery, hypothesized that the serpents represent a water deity that irrigates the earth and makes seeds grow.

Shady said the relief was likely done towards the end of a drought and famine that the Caral civilization experienced. Other reliefs discovered nearby showed emaciated humans. 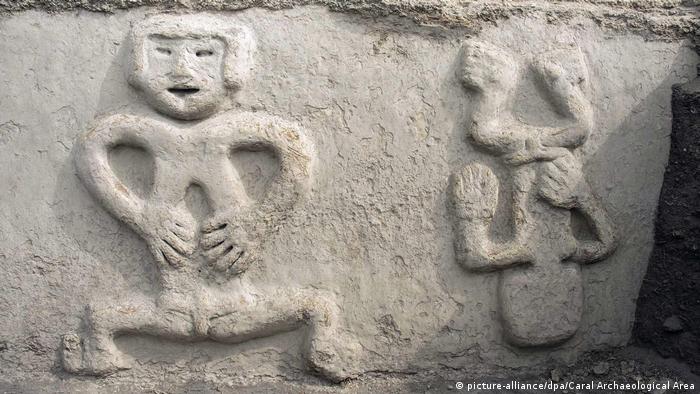 Archaeologists believe that the relief discovery reinforces the notion that these early humans were attempting to depict the difficulties they faced due to climate change and water scarcity, which had a large impact on their agricultural production.

The Caral excavation site has so far unearthed the ruins of 22 buildings in a 25-hectare space, dating back to between 1800 and 1500 B.C.

A trip to Machu Picchu

After nearly a decade of litigation, Mexico recovered two Mesoamerican busts that had been missing since the 1980s. German authorities had found the wooden pieces in 2008, when they seized them from an artifacts dealer. (21.03.2018)

A giant temple to the Aztec god of the wind and a court where the Aztecs played a deadly ball game have been discovered in the heart of Mexico City. (08.06.2017)