A giant temple to the Aztec god of the wind and a court where the Aztecs played a deadly ball game have been discovered in the heart of Mexico City. 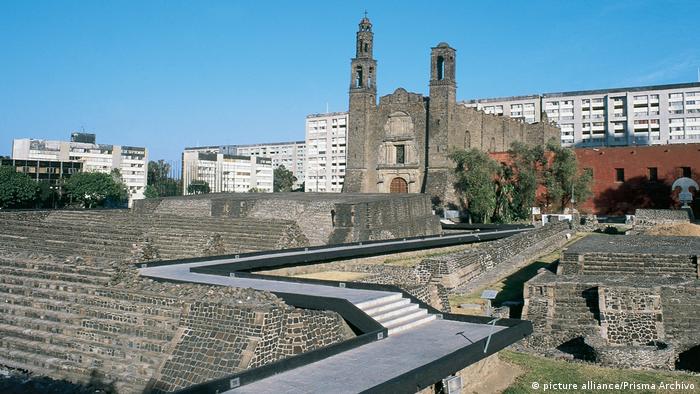 Square of the Three Cultures in Mexico City

Archaeologists unveiled the rare finds Wednesday after extensive excavations, giving journalists a tour of the semi-circular temple of Ehecatl-Quetzalcoatl and nearby ball court.

"The discovery we are looking at is a new chance to immerse ourselves in the splendor of the pre-Hispanic city of Tenochtitlan," Culture Minister Maria Cristina Garcia said.

Records indicate that Spanish conquistador Hernan Cortes first watched the ritual Aztec ball game at the court in 1528, invited by the last Aztec emperor, Montezuma - the man whose empire he went on to conquer. Historians believe the game involved players using their hips to keep a ball in play - as well as ritual human sacrifices. 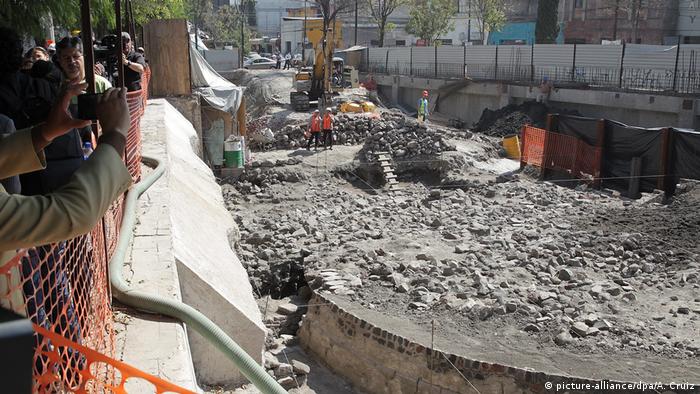 Archaeologists uncovered 32 sets of human neck bones at the site, which they said were likely the remains of people who were decapitated as part of the ritual. Only part of the structure remains - a staircase and a portion of the stands. Archaeologists estimate the original court was about 50 meters (165 feet) long. The temple, meanwhile, is a giant semi-circle perched atop an even larger rectangular base. The whole thing once measured some 34 meters across and four meters high, archaeologists said.

The ancient structures stand in startling contrast with the sprawling mega-city that now surrounds them, which was built atop the ruins of the Aztec capital, Tenochtitlan. They are just the latest ancient vestiges to be discovered in the historic city center, at what is known as the Great Temple site. 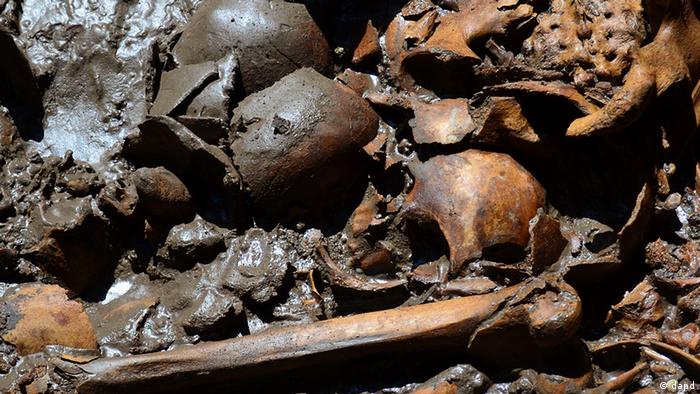 A hotel formerly stood on the site of the newly discovered ruins until 1985, when it collapsed in a catastrophic earthquake that killed thousands of people. The hotel's owners then noticed the ancient remains and alerted the National Institute of Anthropology and History.

Archaeologists believe the temple celebrated the god of the wind and was built between 1486 and 1502. Officials said they plan to open the site to the public, although no date has been set.

Shocking archaeologists, a temple to a pre-Columbian god of wind has been unearthed near downtown Mexico City. Several offerings had been found in the circular platform, including an infant with no sign of trauma. (01.12.2016)