Kaminer: ′Russian speakers are no longer foreigners′ | Germany | News and in-depth reporting from Berlin and beyond | DW | 29.03.2017 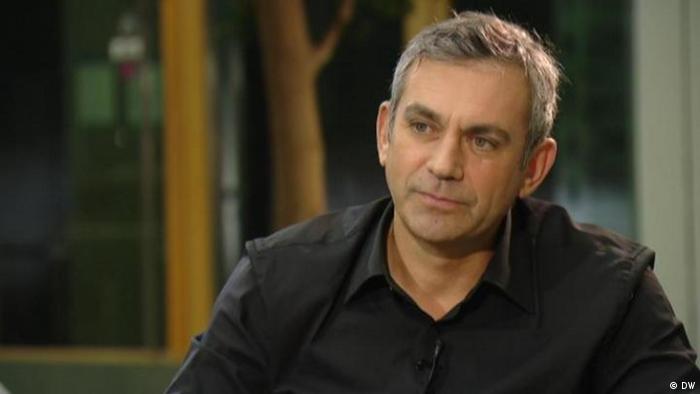 DW: Mr. Kaminer, why do you only write in German?

In February of this year, your new book "Goodbye, Moscow" was released on the 100th anniversary of the October Revolution. What is the most important message in your book?

After the annexation of Crimea, I was suddenly asked many questions. I was invited to interviews and congresses. I began giving lectures on subjects like "What is going on in Putin's mind?" or "What has come over Russia?" or "Where did we go wrong?" It was as if this whole slew of questions that had been unleashed on Europe was suddenly directed at me. When I began to think about them, I noticed that a deeply human tragedy was concealed behind all these allegedly political events. It is strange. Many people are suspended between the past that they have not wanted to deal with and a future that has somehow already taken place for them. That means the Soviet Union, which in reality of course has not disappeared, was, strictly speaking, this future. For 70 years, people were building a future that itself was only concerned with the future. Thus they forgot the present and turned a blind eye to the past. Now, during this "anniversary" year, I keep hearing, "This is our mutual past." But there is no mutual past. Everyone has their own.

One often hears that many Russian speakers in Germany are fond of President Vladimir Putin and his policies.

The people who come to see me of course do not like Putin.

That is obvious. And what about the ones who do not go to see you?

The ones who do not like Putin do not like to talk about it. Of course, his propaganda works here in Germany too and it is obviously geared towards the Russian-speaking population here. On the Russian social network Vkontakte and websites for Russian speakers living in Germany - where many wonderful things are put up for sale, like at a flea market, or even given away for free - I have often seen political news that appears every 20 minutes. They all come from the same source. 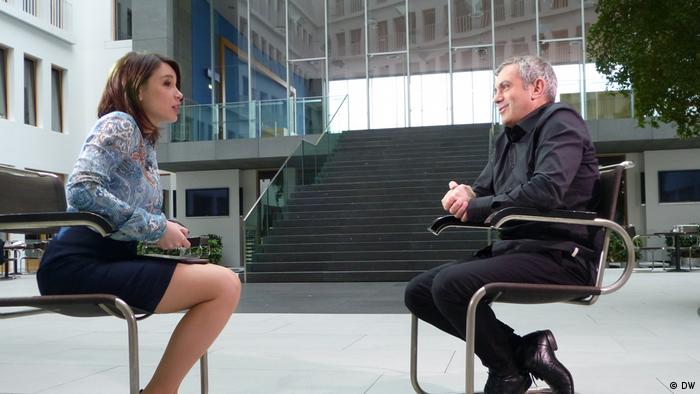 Kaminer sat down with DW reporter Zhanna Nemtsova in Berlin

The refugee crisis in 2015 was a turning point here. Russian speakers started getting involved in German politics. What worries them?

The refugees from Syria have replaced Russian-speaking people. Before that, Russian-speaking people in Germany were the foreigners and refugees, if you like - in any case, strangers and newcomers. But after the wave of the latest newcomers, the Russian speakers are no longer foreigners. They are no longer newcomers but instead, locals. As such, they are of course, now spreading their own ideas about political life, civic responsibilities and what should or should not be happening in Germany. That is exactly what is going on. But I am convinced that it was not like an allergic reaction to the refugees. There is a shift in societal classes. Time has gone by and Russian-speaking people have settled in here.

If you wrote a book in Russian, what would it be about?

I would write a book about wondrous things. There is a widespread belief that everything produced in the Soviet Union was actually manufactured as a military product. The refrigerators and the TVs - the country itself no longer exists and the design plans have disappeared but the appliances still work. But nobody knows why. Why are there such refrigerators? Were they designed to be atomic bunkers? In the case of nuclear war should they - filled of some sort of red mercury or fuel as one has heard - explode at a certain moment and tear down the houses of people with food supplies? It would be a book about unknown things.

Wladimir Kaminer was born in 1967 in Moscow. He has been living in Berlin since 1990. He considers himself to be privately a Russian and professionally a German writer. Kaminer spends most of his time on the road giving readings and lectures.

Regime opponents have marched in several cities across Russia to mark two years since opposition leader Boris Nemtsov was killed in Moscow. Nemtsov's family says the masterminds behind the crime still need to be found. (26.02.2017)