'It's a disaster': Bundesliga coaches concerned about German youth football

With youth football on hold during the pandemic, teenage talents at Bundesliga clubs are missing their chance to step up to the first team. But the structural issues in youth football in Germany go much deeper. 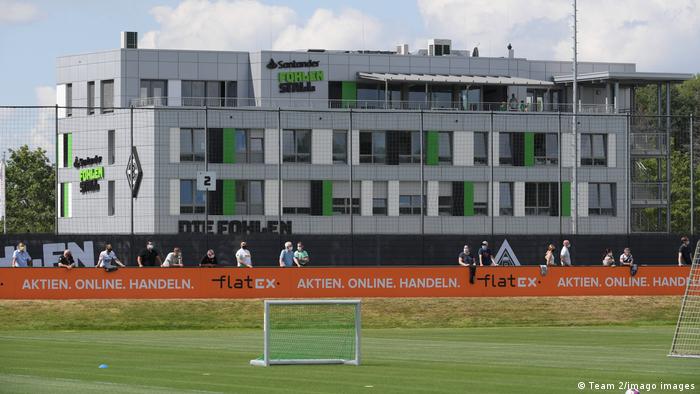 Three years ago, Borussia Mönchengladbach unveiled their brand-new academy living quarters. Built at a cost of €3.5 million, the "Fohlenstall" (foals' stable) provides accommodation and top-class facilities for up to 24 players from the club's youth academy.

The development of talented young footballers is a vital element of Gladbach's long-term strategy — both in terms of quality on the pitch and the generation of transfer revenue off it. But, aside from Mahmoud Dahoud (€12 million to Borussia Dortmund in 2017) and Marc-Andre ter Stegen (€14 million to Barcelona in 2014), there has been room for improvement in recent years when it comes to producing homegrown talent.

Since the end of October, however, youth football has been completely on hold because of the pandemic. In Bundesliga academies, only the older age groups, from under-17s to under-23s, are still allowed to play — under strict hygiene regulations.

"The lads have missed out on almost half a year of their development," Gladbach's academy director, Roland Virkus, told DW. "Players who are on the verge of the men's teams can't make the step up, there are no competitive games, no-one can watch training sessions, there's no scouting. It could be that one or two players slip through the net. It's a disaster."

Elite Bundesliga academies are just one ring in the chain of footballing talent. Not only have clubs' senior teams been deprived of a key source of reinforcement, but the academies themselves are also unable to acquire new talent.

"These players aren't born in our academies, they come to us via smaller clubs," explains Virkus. "But when the basis is weakened, the top level is weakened too."

The pandemic may be posing its own immediate problems for Bundesliga clubs, but the German Football Association (DFB) has been concerned about the state of youth development in the country for some time. 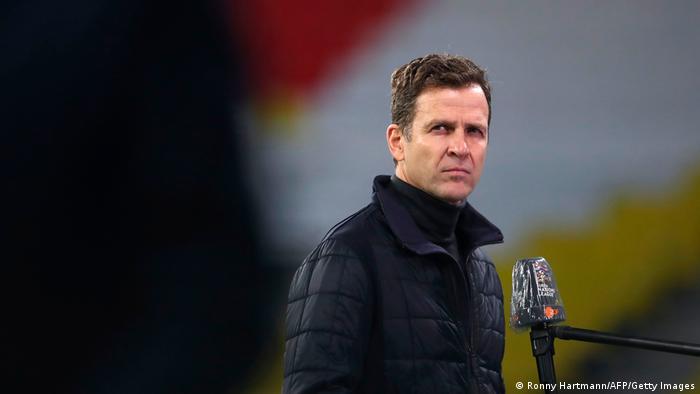 Concerned: DFB director of football Oliver Bierhoff is worried about the future of German football

German youth teams have failed to qualify for several international tournaments in recent years, but alarm bells really started ringing when the first team were dumped out of the World Cup in Russia in 2018. Worse was to come and, in the wake of the Nations League humiliation against Spain in November, when Germany lost 6-0 in Seville, DFB director of football Oliver Bierhoff initiated the grandly named "Projekt Zukunft" – Project Future.

"If we don't act now, we'll be putting the future of German football at risk," wrote Bierhoff in a column in the Welt am Sonntag broadsheet recently. "We have no time to lose."

As part of Project Zukunft, the DFB, in cooperation with the German Football League (DFL), has drawn up a series of suggestions for reform, including the abolition of the Bundesliga's junior divisions in their current form. Instead of league standings, promotions and relegations, the focus is to switch to development.

"Children and teenagers need to start enjoying their football again," Bierhoff wrote. "More time on the ball, more time on the pitch – we need more players with a street mentality."

It's not a new demand. Even before the debacle in Russia, there were concerns in Germany that the revolutionary reforms which had produced the country's 2014 World Cup heroes had ultimately produced too many one-dimensional players: players with perfect passing technique and high levels of tactical awareness, but lacking those raw, individual, unpredictable qualities which can make the difference at the top level. But is it already too late?

"Ideally, you should start changing your structures when things are going well, rather than waiting until things stop working," says Martin Jedrusiak-Jung, a sports scientist at the German Sports University in Cologne. "Football is dynamic in its development and you have to make sure that you keep pace."

German football attracted admirers from all over the world for its system which produced the likes of Bastian Schweinsteiger, Mesut Özil, Manuel Neuer and Thomas Müller – but international comparisons today are less favorable, with Germany lagging behind when it comes to youth development.

"In France, training has been adjusted to fit the education system, meaning that young footballers have 25 hours a week where they only focus on football," says Jedrusiak-Jung of the nation which has produced such world class talents as Kylian Mbappé, Anthony Martial, N'golo Kanté and Benjamin Pavard in recent years, and won the World Cup in 2018. "But they created the right structures for that first." 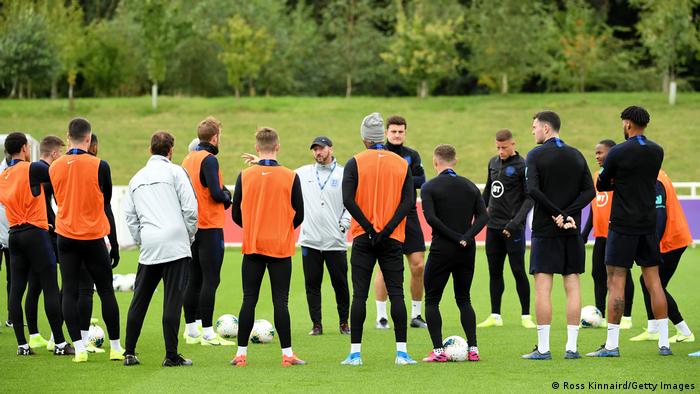 England players training at St. George's Park - an investment in the future of the game

Even in England, where the Premier League has long been dominated by non-English players, arguably at the expense of the national team, the Football Association (FA) has recognized the need to act and introduced the so-called Elite Player Performance Plan (EPPP) in 2012. In the same year, the new St. George's Park National Football Centre in Burton-upon-Trent was opened at a cost of €120m.

Furthermore, there is no longer any competition in the junior leagues. Instead, the English Football League works with the FA and the regional associations to stage around 6,000 games a year from under-9s to under-19s in which the main focus is on technical development, not necessarily on winning.

"In England, they haven't just invested directly in players, but in knowledge, infrastructure and most of all in the training of coaches," DFB youth coach Meikel Schönwitz told public broadcaster ZDF recently. "There's an emphasis primarily on individual development and the structures and environment have been specially developed to allow that to take place."

Back in Mönchengladbach, academy director Roland Virkus agrees, saying: "Youth coaches are the closest people to the players," he says. "They have the greatest influence on their development."

The bedrooms, classrooms, common rooms, indoor pitches, kitchen and sauna at the Fohlenstall are designed to allow just that, and Gladbach will hope to reap the rewards in years to come. For the time being, however, everything is still on hold.