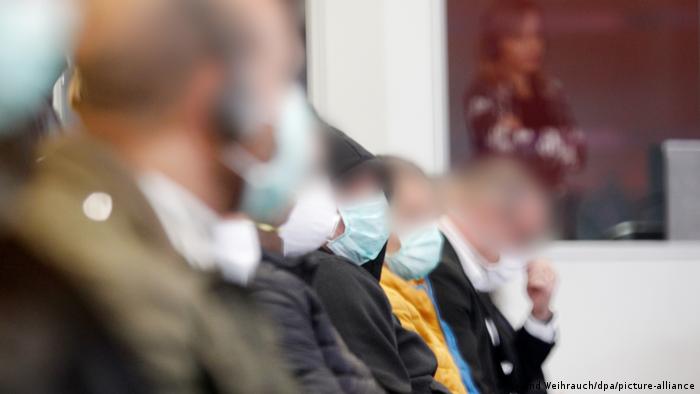 Fourteen defendants face an array of charges in court in the western German city of Düsseldorf, and the main ones pertain to the trafficking and sale of cocaine. Well over half a ton of cocaine: 680 kilograms (1,499 pounds) all told, being sold at prices of up to €36,000 (roughly $43,000) per kilo.

Five are suspected members of the Calabrian 'Ndrangheta syndicate and all 14 reside in Germany's most populous state of North Rhine-Westphalia (NRW). Their passports reveal NRW's 'Ndrangheta as an international employer: Italian, German, Dutch, Turkish, Moroccan, Portuguese. Translators from Italy, the Netherlands, and Turkey are on hand in court.

Chief judge Jens Luge even joked that he was "grateful" that nobody had brought the 649 pages of indictments to the court in written form, because "then we would run out of space."

For most of the defendants, the mafia's rule of silence omerta will apply in court. But prosecutors hope a key witness who they have turned, could tip the balance. 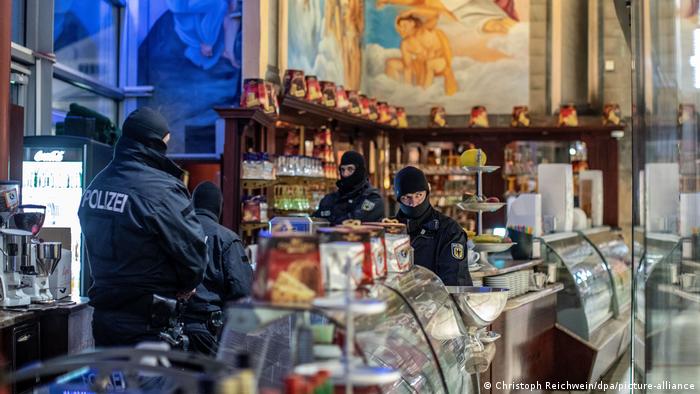 Yet the coronavirus pandemic can even interrupt Germany's prosecution of organized crime. Defendant Halil B.'s mother has COVID-19, and so he must self-isolate for two weeks, despite having tested negative himself. The judge decided that the trial can't be split up, it must run with all 14 defendants present. Tentatively, proceedings could restart on October 24 — barring another case in one of the families.

"They will definitely try to do everything they can to undermine the proceedings," David Schraven, publisher at the German investigative journalism outlet correctiv.org and author of a 2017 bestseller about the mafia in Germany, told DW. "Trying to hold the trial just now, you can reckon with it maybe taking 18 months before a verdict comes."

The defendants are also accused of supporting an organized crime group, tax evasion, money laundering, cannabis trafficking, fraud, and violations of firearms laws. They could face up to 15 years in prison on paper.

But with their army of 40 defense lawyers and the possibilities of parole, Schraven argues that past form suggests it's more likely they receive sentences closer to six years — and parole after around four.

"Our prosecution system is a joke for mafia groups. In the mafia, they price this in — they expect to face trials and even convictions. But the penalties threatened in Germany are laughably mild. They're not a deterrent. The mafia isn't bothered by them," Schraven said. "With a bit of luck, they might even be back out within three years. The concept of social rehabilitation really does reach its limits when dealing with career criminals."

Almost 4 tons of cocaine was seized in the Netherlands as part of the broader European "Operation Pollino" targeting the 'Ndrangheta that culminated in major raids in December 2018. Even that is just the tip of an iceberg. Italian police last year estimated the 'Ndrangheta's cocaine market share at between 60-80% across the continent. It's often shipped from Latin America among legal goods like bananas, rice or timber, sent to nominally legitimate but mafia-owned companies.

The defendants in NRW are mainly involved in trafficking the drugs from the major Dutch ports in Amsterdam, Rotterdam and Antwerpinto such shell companies in Germany, often Italian restaurants or ice cream parlors. Straddling the borders to the west, and also opening the doors to much of central Europe via Germany's other borders, NRW is a strategically crucial region for the mafia.

As well as dominating Europe's cocaine trade, the 'Ndrangheta is something of a market leader in Germany too. Of the 585 suspected members of Italian organized crime groups recognized by Germany's investigative BKA police force in their most recent national report, 344 were believed to be 'Ndrangheta. The other two Italian groups large enough to be specifically named were Sicily's Cosa Nostra and the Camorras from the Campania.

"Germany provides an important territory for Italian organized crime because of its strong economy, good traffic infrastructure and its large community with roots in Italy, among other things," the BKA told DW in a written response. "Germany is used as a quiet space to lie low, but also as an area of operation and investment."

Investigators also acknowledge that many more operatives are likely unknown to law enforcement. That's doubly true given the modern mafia's efforts not to stand out via violent crimes — the brutal 2007 murders of six people in Duisburg, part of a feud between rival "Ndrangheta clans, have become the exception these days. Italian organized crime groups have abandoned their often bloody claims on territory when operating outside the motherland, opting to cooperate with each other instead.

"It's ever more common for mafia groups of different backgrounds to work together — especially in geographically strategic border regions between several countries," Laura Garavini, an Italian lawmaker and founder of the organization "Mafia? No thanks!," said on WDR public radio this week. "This gives them the chance to move more quickly and subtly between countries, hoping to carry out their criminal activities without facing punishment."

The statistics suggest, somewhat unsurprisingly given the geography, that Italian organized crime groups are particularly active in western and southern German states. Yet Schraven warns that these numbers can be misleading. Recent operations point to increased activity in eastern states also, albeit usually with operatives sent to these areas from western Germany. These suspects then show up in the stats according to their registered place of residence, not their area of operation. 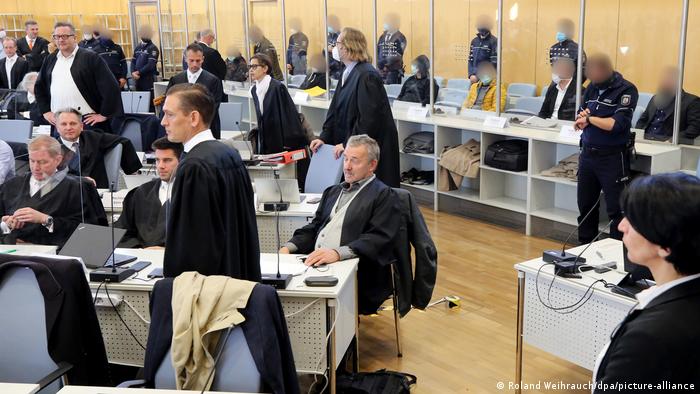 The 14 defendants have an army of 40 lawyers

While the coronavirus provides the chance to delay proceedings in the Düsseldorf courtroom, reduced border traffic, shipping, air freight, and even closed borders and ports could present challenges for the 'Ndrangheta's core smuggling operations this year.

That said, the economic instability created by the pandemic might also present opportunities for the increasingly important and more legitimate side of mafia operations — investing their money in nominally legal assets and businesses.

Germany's BKA said that while it did not yet have reliable national data for 2020 activity, it "could not rule out" groups like the 'Ndrangheta seeking to capitalize on the pandemic.

"The socio-economic effects of COVID-19, as well as an economic downturn, presents a number of criminal opportunities for organized crime structures," such as the theft or black market trade of goods that are in short supply, or fraud schemes, the BKA said.

Investigative journalist David Schraven says there's evidence of the 'Ndrangheta doubling down in one of its favorite cover industries.

"Currently you can observe how organized crime groups are buying into the gastronomy sector on a large scale because of the coronavirus," Schraven said. "A great many restaurants face severe financial emergencies and entire chains and series of companies are being bought out. Some are hollowed out into straw companies, in other cases, the legitimate managers are simply left in their jobs — only now they're paying partners from the mafia."