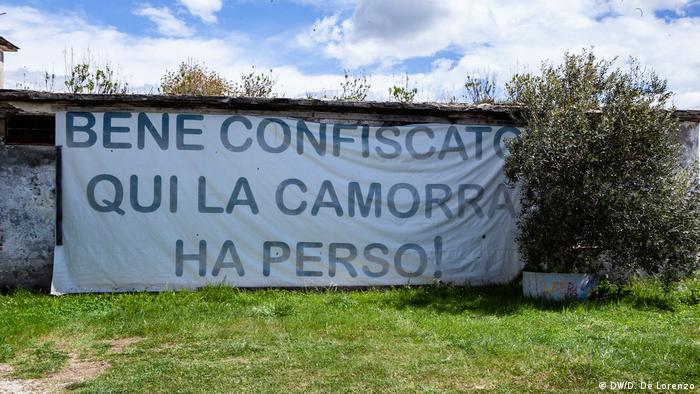 With Italy still in recovery mode, criminal organizations across the country are trying to use that to their advantage to regain control over the territory lost in the past years.

In the south-western region of Campania, Camorra is currently infiltrating the social fabric by competing against civil society efforts to support locals. By handing out food parcels or €50 ($54) bills, they're approaching the most vulnerable in need of immediate help. "They used to ask for money, now they give it. They are giving it in smaller amounts, then they will ask for something in return," Cuomo adds.

Able to draw on large amounts of ready-to-use capital, Camorra is using its model with the intent of laundering it in legal businesses. "We have registered an acceleration of the practice that is facilitated by the spread of the crisis," continues Cuomo. "Now, there is no need to threaten business owners. Entrepreneurs are looking for someone to help them."

Cuomo blames the central government for delays, ineptitude and confusion in handling the crisis which, he says, boosted the perception of mafia money as an opportunity and last resort to avoid bankruptcy. In an effort to get a grip on the situation, authorities recently seized assets worth about €15 million across the entire country. 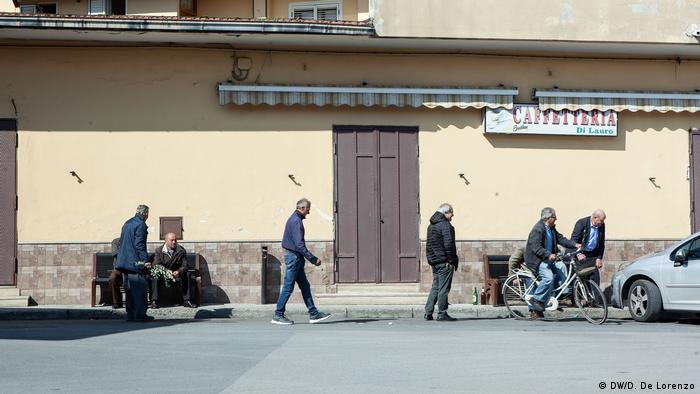 Italian legislation allows seized property owned by criminal clans to be repurposed for social projects. According to statistics from ANBSC (the National Agency for the Administration and Destination of Assets Confiscated from Organized Crime), just over 65,000 properties including land, companies, buildings and construction sites have been confiscated across Italy in the past 20 years.

Renato Natale, mayor of Casal Di Principe in the province of Caserta, Campania — the hometown of the most influential Camorra clan Casalesi — has managed to repurpose 65% of the confiscated assets.

The social-market economy model allows citizens and NGOs to use the assets for social cooperative businesses, such as cafes, restaurants, cultural and health centers or organic farms. "From an economic point of view, these cooperatives do not aim at maximizing profits, but they have a strong cultural impact, as they show that it is possible to break free from the illegal business models based on oppression," Natale says.

Families in his town are trying obtain the government's shopping vouchers incentives to ease the burden. "The catering and construction sectors are the primary activities here, but everything had to stop," says Natale. Over 1,200 families have applied to obtain the €500 vouchers.

However, those funds can only meet half of the requests: "We took the rest from the municipal budget," he says. Natale hopes his people will not be enticed by the Camorra's apparent welfare. "We might have set up anti-Camorra structures and there is a desire for redemption here, but we need the government to act by setting up structural funds across the country in order not to lose what we have gained so far."

Delays, a lack of funds and poor administration of seized properties often leave them in limbo: "As long as the clans see them there unused they think it is their own property and they show people their presence," says Luigi Cuomo.

Cumbersome bureaucracy means that it can take over 10 years before properties can be legally transferred from the ANBSC to local authorities. On top of that, assets will often lay idle as they constitute a burden on municipal budgets.

"[So far] this year we've received 22 more properties from the ANBSC," says Mayor Natale. "We would need to invest money to make them fit for use, but due to the crisis we have even less funds to set aside."

Occasionally, failure to act by the local authorities is seen as tacit consent of the clans' operations.

"We need more transparency," says Bernardo Diana, president of the non-profit organization RAIN Arcigay in Caserta in Campania. There are over 150 confiscated assets in his town. "Most of them are listed as unavailable, but they are there," he says.

In April 2019, the organization received a property from one of the biggest confiscated areas in another city, Castel Volturno. Diana plans to set up a shelter for LGBTI people marginalized by their families. The rundown villa was set to be restored with the NGO's funds. "During Easter the water pipes broke and the villa was filled with water. Now we have to start all over again," Diana says. 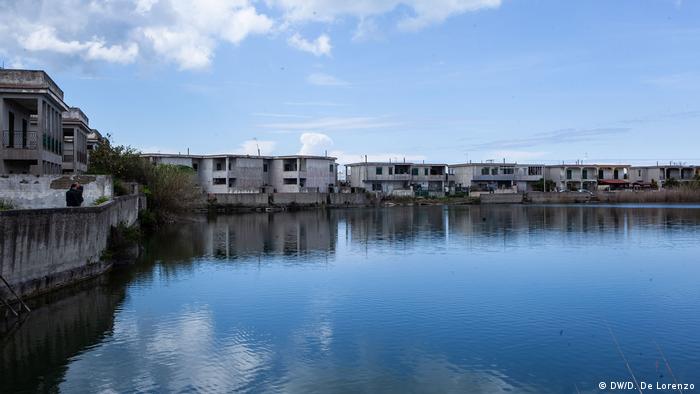 Cuomo says that such efforts could help to send a clear message to the government. "These assets might end up being a monument to the inability of the state to manage a heritage that can be put back on the market to counter the spread of the illegal economy."

Solidarity and investigations as effective weapons

There is a clear need for a coherent and global vision for the fight against criminal organizations. Over 17,000 properties are currently in the hands of ANBSC. "Repurposing assets should be set as a political and strategic goal with a massive intervention in order to counter illegal business," says Renato Natale.

"What gives us hope is the continued work done by investigators. As long as the seizures are in place and continue, they've proven to be important in taking the ground away from the mafia," says Cuomo.

He wants the federal government to go one step further and put the issue on the European agenda. "We need greater collaboration at a European level, since criminal organizations are able to move financial capital beyond our borders."

For now, a form of bottom-up solidarity appears to be more effective than government funds. However, SOS Impresa highlights the struggle of civil society groups that are being intimidated by clans to stop helping people.

"A lot of parish priests have been threatened," says Cuomo, while the Naples headquarters of the NGO Mani Tese has been vandalized. Local organizations are doing their best to beat Camorra at their own game. "Like the state, we have the task of remaining close and supportive of our communities," says Bernardo Diana. "However, we need the government to remain alert."