Dozens of alleged members of the Sicilian mafia were arrested across the entire country. Authorities are concerned organized crime may be using the pandemic to increase its power even as violent crime drops. 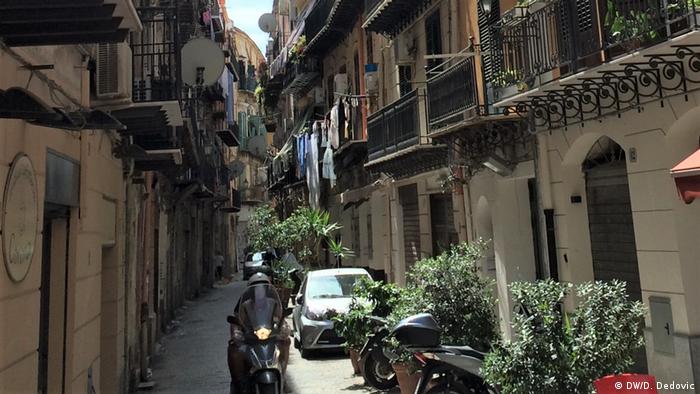 Italian media reported on Tuesday that 91 bosses, deputies, extortionists and figureheads of several Sicilian mafia clans had been detained in a "mega-raid".

The Guardia di Finanza, which is in charge of financial crimes and regularly tasked with bringing down organized crime figures, made the arrests in what is known in a series of simultaneous raids across nine different regions of the country from the very north to the far south.

Amongst those arrested were members of the Acquasanta, Arenella, Ferrante, and Fontana families, which have historically exercised control over parts of the Sicilian capital Palermo. They are being charged with a range of crimes including money laundering, drug trafficking, sports fraud, receiving stolen goods, extortion, and of course belonging to a mafia organization.

Some of the suspects are believed to have been involved in corrupt work contracts for projects at the Palermo shipyard, as well as running illegal slot machines and online gambling. Charges also relate to corruption in the Palermo fruit and vegetable market.

One of the men arrested was Daniele Santoianni, a former contestant on the Italian iteration of the popular reality show Big Brother. He had been appointed the legal spokesman for a company called Mok Caffe, which claimed to be a coffee importer but is believed to be a front for organized crime.

Although violent crimes have dropped significantly in Italy during its coronavirus lockdown, authorities are worried that the Sicilian mafia, also called Cosa Nostra, as well as the ‘Ndrangheta and Camorra syndicates in Calabria, are taking advantage of the situation for purposes of extortion and loan-sharking.

With unemployment climbing, people in Sicily have reported receiving much needed funds, essential supplies, and groceries from local mafia members. The practice of appearing to step in with help where state institutions are lacking has long been a tactic of maintaining control and gathering tacit public approval throughout the Cosa Nostra's centuries-long history.

How the 'Nigerian mafia' exploits African women in Europe

Nigerian women make up the majority of African human trafficking victims in Europe, with most forced into prostitution. Numerous secret societies run the smuggling — and authorities say they're increasingly violent. (25.12.2019)

Those arrested are connected with the notorious New York-based Gambino family. €3 million ($3.4 million) in assets were seized. (17.07.2019)

Inside Europe: Culture over criminality in Palermo