How the ′Nigerian mafia′ exploits African women in Europe | Europe| News and current affairs from around the continent | DW | 25.12.2019

How the 'Nigerian mafia' exploits African women in Europe 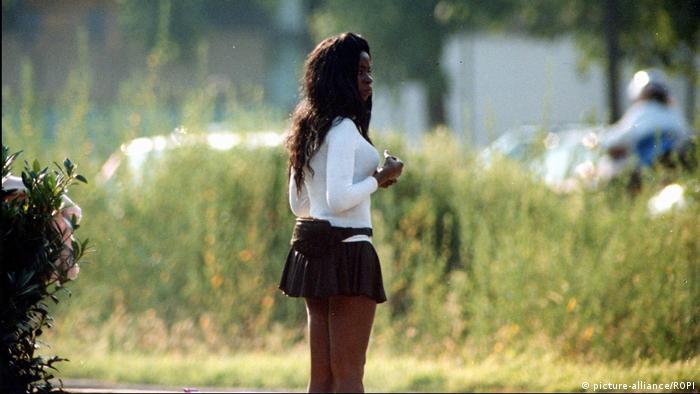 One of Germany's largest red-light districts is Vulkan Street in Duisburg, a northwest German city and former industrial stronghold. A growing number of Nigerian women are ending up here, and Nigerian human traffickers are responsible for smuggling in most of them, says Barbara Wellner of Solidarity with Women in Distress (Solwodi). The organization helps victims of human trafficking and forced prostitution. Wellner says many of these women are disadvantaged, young, have received "barely any schooling, and have just a single parent or no parents."

Such vulnerable women often fall into the hands of traffickers in Africa and get passed along a far-reaching network until they eventually land in Germany. There, they often end up with so-called madams, women who pimp them out. Before heading to Europe, these women are told that their journey will be costly, but that this won't be a problem, since they'll make good money in Europe.

Read more: Inside the 'battery cage': Prostitution in Germany

To place more pressure on the young women to pay up once they're in Europe, a juju spell from the West African magical tradition is often cast upon them. This can often be accompanied by ritualistic animal slaughter and the drinking of its blood. The women are then forcefully and repeatedly told that their relatives will die or become ill if they fail to repay their debt or tell anyone of this arrangement. Once on European soil, these women often find that prostitution under the "madams" is the only way for them to earn the money that they owe. A poster against human trafficking in Nigeria

Number of trafficked women on the rise

In 2018, German police registered 68 women who were the victims of Nigerian human traffickers — a significant rise on the previous year. Nigerian women made up the largest share of African trafficking victims at 61%. Last year, 41 suspected Nigerian traffickers were also caught, roughly twice as many as in 2017, according to the Germany's Federal Criminal Police Office.

In 2012, Germany joined the EU's ETUTU project, which in cooperation with Nigerian authorities aims to crack down on Nigerian criminals trafficking humans around the world. A transnational approach to fighting these criminal is absolutely essential, as most Nigerian women arrive in Europe via Italy.

Over the past three years, over 20,000 Nigerian women, many of them minors, have come to Italy via the Mediterranean. The UN estimates that some 80% are victims of human trafficking or are at great risk of becoming a victim.

Helen Okoro was once a victim of human traffickers. She arrived in Italy 20 years ago and still lives there today. She works for Casa Agata, a Catholic women's shelter, in the Sicilian city of Catania. So many women ask the shelter for help that its workers can barely keep up. Okoro has seen human trafficking change over the past years. She says she is alarmed by how brutal and professional human traffickers have become. 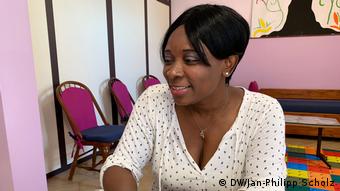 Once a victim of human trafficking herself, Okoro now works to help others in a similar position

Some Sicilians are starting to refer a new "Nigerian mafia." Yet unlike the Italian mafia, both perpetrators and victims are from abroad and often live on the fringes of society. Some Sicilian journalists accuse Italian authorities of not cracking down hard enough on these trafficking organizations.

However, public prosecutor Lina Trovato rejects this accusation. She says authorities have been monitoring the activities of Nigerian organized crime networks for a while. She explains that Nigeria's so-called "new mafia" is not a single coherent unit but is instead compromised of numerous secret societies and criminal gangs, such as the so-called Black Axe, Vikingsor Supreme Eiye Fraternity. 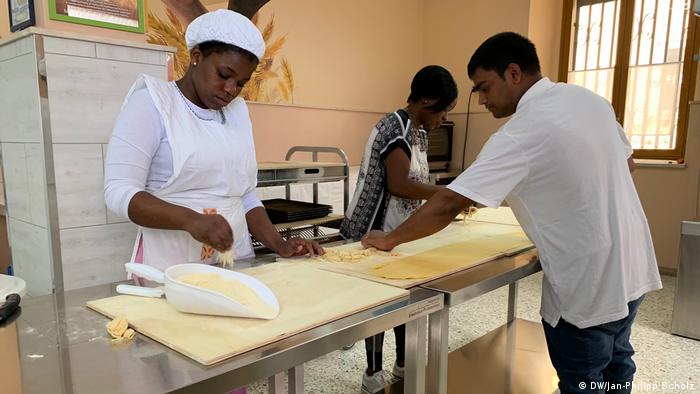 In Casa Agata, the women learn how to make pasta

In Nigeria, the National Agency for the Prohibition of Trafficking in Persons (NAPTIP) is out to catch human traffickers, too. Daniel Atokolo, who heads the NAPTIP branch in the metropolis Lagos, says the traffickers are increasingly brutal. According to Atokolo, efforts to dispel juju superstition among West Africans mean the madams in Europe now mainly resort to violence, instead of the psychological pressure of spells, to control the young women forced into prostitution.

Atokolo says that the secret societies active in Europe today, commonly referred to as the Nigerian mafia, "are no longer out to psychologically condition their victims with magic spells. They now use sheer terror. There is a clear relationship between the decrease in juju spells and the stronger presence of these gangs, who demand total obedience from their victims."

Read more: How Nigerian girls are forced into prostitution in Russia 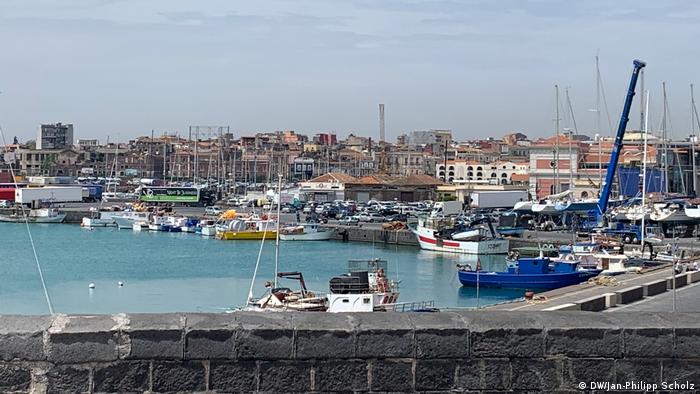 Catania, in Sicily, Italy, is where some Nigerian women who have been trafficked end up seeking help from shelters

More than 50 secret societies now operate in Nigeria, with influential lawmakers and businessmen supposedly among their members. Little is known about their organizational structure.

John Omoruan is a former high-ranking Black Axe member. He says he's repented and he regrets his past actions.

However, he accuses Europe of being a large part of the problem behind human trafficking. Omoruan says it's Europe that wants cheaper, younger prostitutes: "At the end of the day, it's a question of money. Europe is hungry for prohibited things like drugs, underage prostitutes, everything that's forbidden." He says Nigerian gangs are merely meeting that demand. "As long as this demand persists, secret groups like Black Axe and others will continue to be successful and make lots of money."

Thousands of young people move from the Nigerian state of Benue in the east to the country's southwest every year. They are promised a good education and well-paid jobs. But they end up in modern slavery. (30.10.2017)

Nigeria begins a crackdown on prostitution