Germany must do more to avert human trafficking, a Council of Europe evaluation team has said. It added that officials need training to spot exploiters such as internet "loverboys" who lure girls into prostitution. 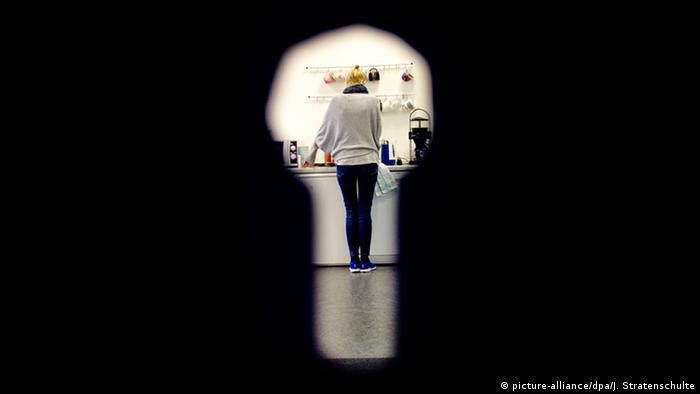 Evaluators praised Germany as a member of the 47-nation Council of Europe for amending its laws to safeguard trafficking victims originating from countries such as Romania and Nigeria, but they also said gaps remained in German data compilation and training for many officials on how to tackle the scourge.

Furthermore, Germany had failed to develop a "comprehensive national action plan" encompassing its 16 states, as the council's Group of Experts on Action against Trafficking in Human Beings (GRETA) had requested in its last evaluation.

GRETA, a 16-member team, said the 671 trafficking victims identified in 2017 by Germany's Federal Criminal Police Office (BKA) "do not reflect the real scale of the phenomenon of trafficking in human beings (THB) in Germany."

The majority of female victims identified in the wider 2014-2017 evaluation period were women and girls subjected to sexual exploitation, GRETA said citing federal data, adding that victims of labor exploitation were mostly male.

Of 513 child victims identified over that period all but two were sexually exploited, the GRETA team said, adding that trafficked persons identified came predominantly from Romania, Bulgaria, Hungary and Nigeria.

"Young girls and women, in particular, are groomed through online chat rooms and fall prey to so-called "loverboys" who manipulate and force them into prostitution," the GRETA report said.

Germany's Family Ministry and Labor Ministry each had working groups, a duplication GRETA cited as "risky," while pointing out that under Germany's federal system, the 16 states had the prerogative when it came to implementing social and policing measures.

Germany lacked a "harmonized coordinating structure," said GRETA, while calling on Germany to "finalize" the appointment of a national rapporteur on trafficking.

GRETA said its probe including a questionnaire sent to federal German authorities, which it supplemented by meeting non-governmental actors, such as unions and THB groups running shelters for women and children in Berlin, Munich and Hanover.

In its recommendations, GRETA said it once again urged Germany to set up and maintain a coherent THB statistical system and to "strengthen multiagency involvement in victim identification" through proactive approaches and increased outreach to victims without criminalizing their behaviors.

Victims of THB should have access to protection, "regardless of whether they cooperate with law enforcement authorities."

Training on THB, although provided to specialized police officers and prosecutors, was more widely needed for "other categories" of officers and judges as well as criminalization of persons who used services of a person known to be a THB victim, said GRETA.

It also urged Germany's Office for Migration and Refugees (BAMF) to provide specialized counseling and issue "clear instructions" to its staff on how to proceed when detecting human trafficking.

Victims must also be enabled to exercise their right to seek compensation and provided with information regarding their rights "in a language they can understand," it added.

The Strasbourg-based Council of Europe is a human rights monitor separate from the European Union but includes all 28 EU member states and has a set of treaties including its 2005 anti-trafficking convention.

Germany, which ratified the council's treaty on human trafficking in 2012, must also ensure that unaccompanied and separated children are protected from human trafficking through "appropriate" accommodation, education and health care.

Organized child trafficking is one of the murkiest chapters in the history of Latin American military autocracies. The dictators in dark glasses may be gone, but exploitation of the vulnerable continues. (12.11.2018)