Four years ago, the bodies of 71 migrants were found inside an abandoned truck in Austria. The main suspects had already been sentenced, but now an appeals court in Hungary has delivered the final ruling on the case. 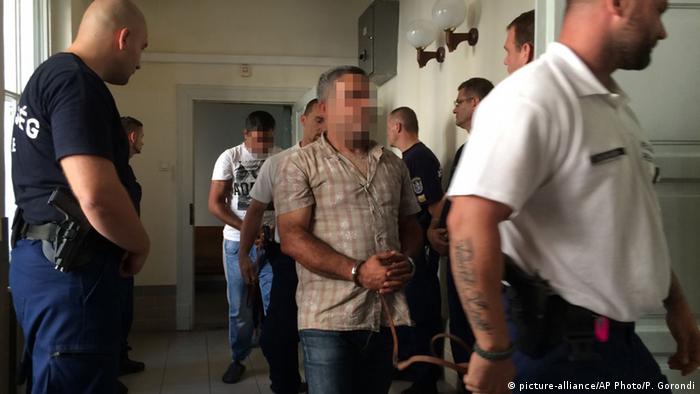 A court in Hungary on Thursday sentenced an Afghan ring leader and three Bulgarian accomplices to life in prison over the deaths of 71 migrants four years ago.

The men were found guilty of human trafficking and manslaughter.

Judge Erik Mezolaki ruled Thursday that three of the traffickers would have no possibility of parole, while the fourth would serve a minimum of 30 years.

The decomposed bodies of the migrants were found inside an abandoned truck on an Austrian motorway in August 2015.

The deaths of 59 men, eight women and four children from Syria, Iraq and Afghanistan shocked Europe at the peak of a refugee crisis. The human traffickers had refused to open the doors of the refrigerated truck to let air in despite the pleas of those inside.

Realizing they were in danger of suffocating, the passengers banged on the doors, screamed and shouted to get the driver's attention, a judge told the court at a hearing last year.

Thousands of people fleeing war and poverty in the Middle East, Asia and North Africa attempted to reach Central Europe through the Balkans during Europe's worst refugee crisis in 2015.