Modern slavery in Germany: Preying on the vulnerable | Germany| News and in-depth reporting from Berlin and beyond | DW | 23.08.2018

Slavery may be banned worldwide, but the practice continues to this day. In Germany, instances of forced prostitution and labor exploitation have fueled debate about what contributes to slavery and how it can be stopped. 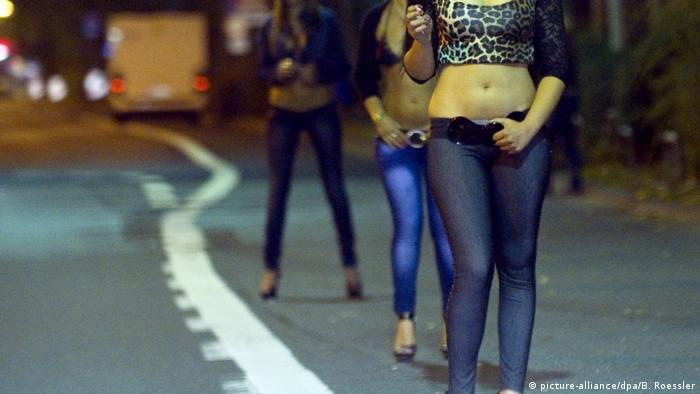 More than 40 million people around the world currently live in modern slavery —167,000 of them in Germany. That's according to the Global Slavery Index, compiled by Australia's Walk Free Foundation.

Historically, slavery was based on institutionalized oppression, where one person was legally recognized as the owner of another. The practice's modern day equivalent functions somewhat differently. "Slavery is no longer legal, but it is like a chameleon and lives on in secret," said Dietmar Roller, chairman of the German office of the International Justice Mission (IJM), which fights human trafficking around the world.

"Modern slavery refers to situations where one person has taken away another person's freedom — their freedom to control their body, their freedom to choose to refuse certain work or to stop working — so that they can be exploited," according to the Walk Free Foundation. "Freedom is taken away by threats, violence, coercion, abuse of power and deception."

Slavery in its modern form thus applies to many different systems of subjugation and exploitation, which may include, for example, human trafficking, debt bondage or forced marriages. The limits of what can and cannot be called slavery are often fluid.

Countries such as Libya, Qatar or the Democratic Republic of Congo regularly make international headlines for various forms of modern slavery, but human trafficking and forced labor are on the rise in Europe as well, the Council of Europe warned in April.

Modern slavery in Germany is centered primarily around migrants in the construction and catering industries, according to the country's Federal Criminal Police Office (BKA). However, examples of forced labor and exploitation can also be found among domestic workers, as well as in the meat processing, agriculture and transportation industries. Last year, authorities identified 180 forced labor victims related to 11 investigations — most of them from Eastern Europe.

Germany: The brothel of Europe

In Germany, sexual exploitation is much more widespread. "Germany is the brothel of Europe," said Roller. According to the BKA, there were 327 cases of forced prostitution and 500 documented victims in 2017.

While the practice can affect men, the vast majority of victims of sexual exploitation are women — primarily from Bulgaria, Romania and then Germany. The BKA also noted a significant increase in Nigerian victims.

Read more: Inside the 'battery cage': Prostitution in Germany

What's more, many women are deceived about the actual conditions of prostitution, but are nonetheless unable escape it, the BKA found. The "Loverboy method" also plays a large role: Pimps manipulate young woman into an affair and use this emotional dependency to push them into prostitution. They often pretend to be in debt and tell the woman that prostitution is necessary to help pay it off.

Thanks to the internet in particular, modern day slavery has increasingly become a global phenomenon. "German customers can rent a child in the Philippines for an hour, who then has to do whatever they want in front of a webcam," said Roller. 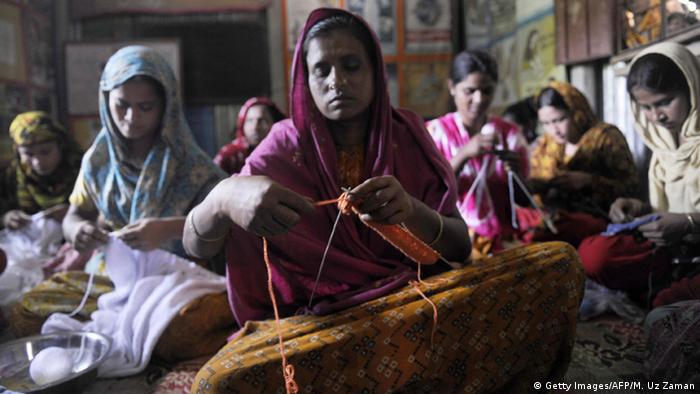 Many people around the world also contribute indirectly to the practice of slavery. Economist Evi Hartmann contends in her 2016 book Wie viele Sklaven halten Sie? (How many slaves do you have?) that the average German today indirectly holds about 60 slaves.

"By buying clothing or products containing resources from conflict zones, I promote slavery-like working conditions in other parts of the world," Roller explained. This is also the case with goods such as seafood from Thailand, where forced labor on fishing boats is widespread, he said.

Preying on the vulnerable

Minors especially are at risk of falling prey to modern slavery — including in Germany. Earlier this month a German woman, along with her partner, was sentenced to prison for offering her son up for sex on the darknet in exchange for payment. Additionally, police in Germany record between 50 and 60 cases of forced marriage every year.

The fight against modern slavery and the institutions that contribute to it must be "taken on with energy," said Roller. There is still a long way to go, and Germany is no exception, he added.

For the moment, the IJM remains most active in countries in Asia and Africa, where modern slavery is more widespread and its victims have little access to legal support. "Usually it's about the money," said Roller, "so you have to make the business models unattractive for the actors involved."