A Cambodian court has charged 33 women with human trafficking after they allegedly agreed to carry babies for Chinese couples. If convicted, the surrogate mothers face up to 20 years in jail. 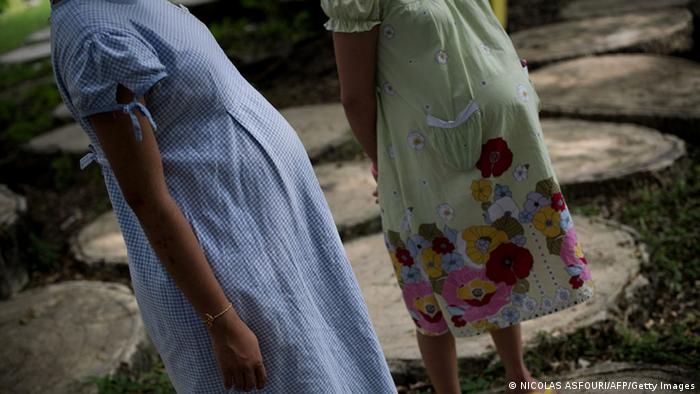 The women — most of whom are pregnant — were detained after police raids in the capital Phnom Penh last month. If convicted, they face up to 20 years in prison.

Ly Sophana, a spokesman for Phnom Penh Municipal Court, said that a judge had placed 32 surrogate mothers in jail pending further investigation and trial. The remaining woman did not appear in court.

The business of babies

Authorities also arrested five other people, including a Chinese national, and charged them with human trafficking and running an illegal surrogacy ring.

The outlawed operation reportedly promised the women $10,000 (€8,507) in return for carrying a baby that would later be sent to China, police said.

Chou Bun Eng of the national committee to combat human trafficking said the government would care for the women until the babies were born.

China's decision to ease its one-child policy in 2015 has led to a growing demand for surrogacy services. According to media reports, there are around 10,000 Chinese babies delivered by surrogates each year.

The woman sought to have her 18-month prison sentence overturned, saying that she wants to be reunited with her family. The judge said she could appeal the sentence but added that she had received a lenient sentence. (08.01.2018)

In a government crackdown on commercial surrogacy, doctors and clinics will be criminalized. But surrogate mothers will not be punished unless they advertise their services, as lawyer Nandana Indananda tells DW. (15.08.2014)

A homosexual American-Spanish couple has won the right to keep their child, Carmen. Complications ensued after the girl's surrogate mother decided to keep the baby after realizing that the couple was gay. (26.04.2016)